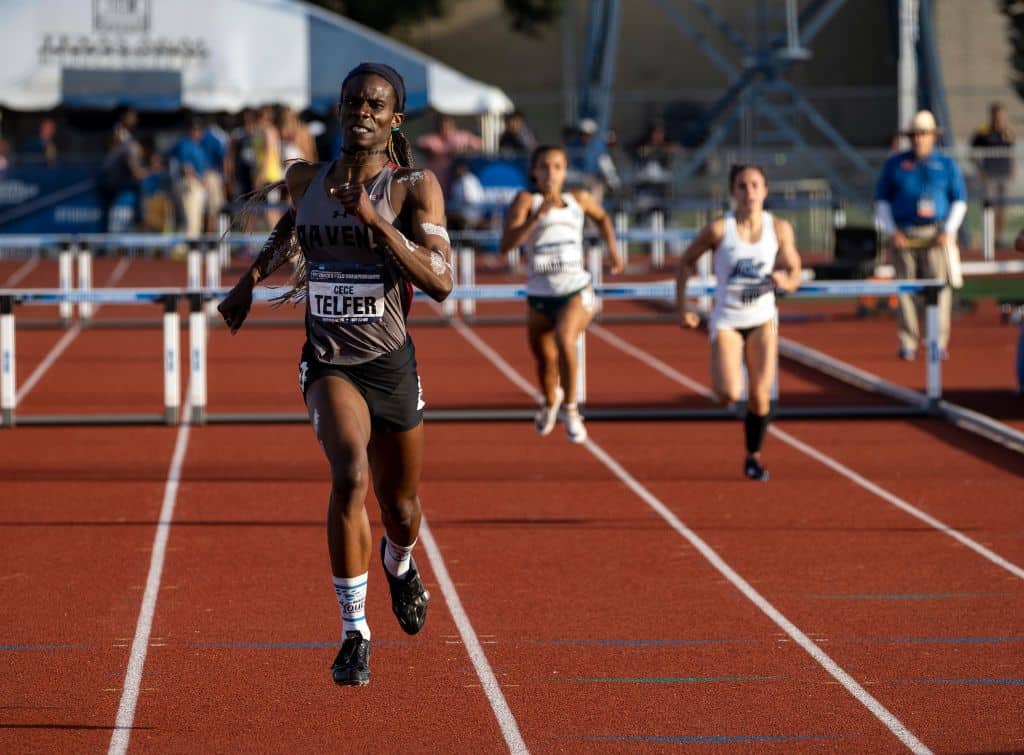 World Athletics has shied away from restoring fairness to females in athletics. As reported by Ben Rumsby in the Daily Telegraph and Sean Ingle in the Guardian, World Athletics has circulated for consultation a revised policy on DSD and transgender athletes in world-class female competition. They’ve kept the principle that athletes born male who’ve benefited from male puberty can race for titles and medals against women if they suppress their testosterone. The level permitted has been reduced from 5 nMol/L to 2.5, and the qualifying period extended from 12 to 24 months. This might look like a step in the right direction, but don’t be fooled. It makes no difference. They retain most of their male performance advantage over females.

We know Sebastian Coe recognises that male performance advantage is immutable and a threat to women’s sport. He recently said so. World Athletics has spent perhaps a million pounds on legal action through the Court of Arbitration for Sport (CAS) to stop males with a DSD from competing in women’s events, after all three medals in the 800m at the Rio Olympics in 2016 went to competitors who had benefited from male puberty. You’ve heard of Caster Semenya, who got the gold medal, but not of Canadian runner Melissa Bishop, who was the fastest female in the race that day. The difference between Olympic gold and fourth is vast. Melissa Bishop will never be an Olympic champion now.

After two rounds and massive costs on both sides, CAS ruled that it’s ok to require DSD athletes to suppress their testosterone. This makes a small difference – enough to stop an average male from beating elite females. It’s good enough, then, as a DSD policy for Olympic and World Championships. But it does not remove male advantage, not even close. The evidence is overwhelming that most advantage remains. How else could a 43-year-old who’d never been world class get to an Olympic final? Or a male who’d ranked in the 400s among American men beat three female Olympians to become national champion?

Those two cases were transgender, not DSD. They were registered male and adopted a trans identity in adulthood. We had hoped World Athletics would separate its DSD policy from its transgender policy. DSD males registered female at birth are a tiny number. Trans-identifying males are potentially half the world, since there is nothing other than identity to determine who can be trans. But World Athletics says they are the same biologically as DSD (i.e. male and responsive to testosterone) and treats them the same.

There may be moral, ethical or legal dilemmas around limiting the careers of DSD athletes from the developing world who thought themselves female and for whom sport may be a route out of poverty. These concerns are surely not applicable to late-transitioning males from the developed world who have had access to top-class medical and training facilities throughout their lives?

It’s sometimes said that no one would transition just to win in sport. That may be so, but it is irrelevant. Males who say they are women have a large and irreversible advantage. If they compete in women’s events they benefit from an unfair advantage, and women lose out. Their motivation doesn’t matter.

This is a huge problem across all athletics. That’s because national governing bodies tend to follow their world federation, thinking it will protect them from legal action. They don’t have to. British Triathlon has bravely parted ways with World Triathlon by adopting Open and Female categories, while UK rugby federations refused for two years to follow the lead of World Rugby when it said allowing trans-identifying males into women’s teams was not safe or fair for women. They did finally fall into line.

The World Athletics policy is completely unfit for use outside the special conditions of Olympic and World Championship events. 99% of sport is not Olympic or world class, it’s run by volunteers, and there’s no anti-doping oversight. Will UK Athletics, England Athletics and the rest, be brave enough to make a transgender policy that restores fairness, or will they pretend to themselves and everyone else that testosterone suppression makes the difference?

World Athletics is protecting its win at CAS to keep male DSD athletes out of women’s races. But by adopting the same policy for transgender athletes, it opens up women’s sport to males at every level. The talent pathways for junior women, as well as the enjoyment and recognition of women of all ages and abilities, are on the line.

World Athletics is dealing with its DSD problem. At its elite level it does not (yet) have a transgender problem. It will. Meanwhile, women in athletics at all other levels are losing out to males.

Testosterone suppression in elite athletes: what do we know?