You are here: Home / Data / Why isn’t the NHS collecting data on biological sex? 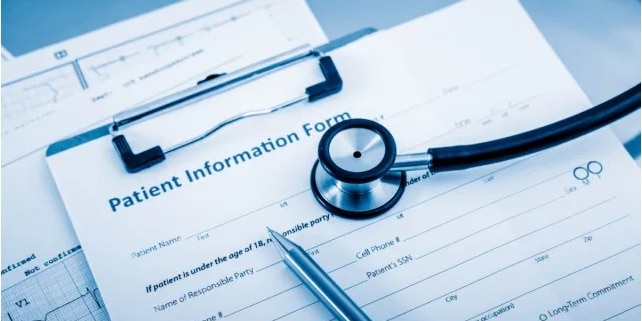 Biological sex matters in healthcare. Everyone knows that. So why doesn’t sex appear in our patients records or in NHS data sets? Why is the NHS prioritising people’s self-declared gender identity over the material reality of their sex? How has this been allowed to happen and who’s behind these changes?

On 25th June 2021 Dr Nicola Williams spoke about this topic at a public meeting hosted on-line by Baroness Nicholson. Here is a recording of the talk and a transcript below

Accurate data about patients is important when it comes to healthcare. None more so than data on sex. The NHS has an IT system that uses information standards, something all health providers must use when they collect data on patients. These standards are listed in what they call the NHS dictionary.

That dictionary includes different data categories, including a category for sex and for current gender. So, people in the NHS know that sex and gender are different concepts and there would be problems if they got mixed up. But….

Although the NHS has the IT infrastructure to collect information on both sex and gender identity, it is not using it. It has not been using the sex category for years and only has data on self-declared gender. This means that the NHS does not know the sex its patients were born.

There is a central NHS database, a patient demographic database, that allows all NHS  patients to be identified, contacted, and selected for screening programs. It links all data  records across all care settings, but it does not record birth sex.

This is why female-born transmen do not get invited for cervical screening, but male-born transwomen do. The NHS has to use the gender category now because it simply has no other way of selecting people based on birth sex. So, this is obviously not working at the patient level.

It also impacts at the policy level because the NHS produces a whole range of national data sets. Service providers are mandated by law to collect and report certain pieces of information. These data sets are used to analyse healthcare outcomes and to inform policy makers and service commissioners.

We know now that over 90% of all those official national data sets do not include sex at birth at all.

We also know that, quietly, in 2016, the HIV database was updated. This is a data set that used to collect both sex at birth and current gender, because biological sex is important when it comes to understanding things such as HIV transmission, where sexual activity between two members of the male sex is relevant. But we found a change log showing that it was dropped at the request of the LGBT Foundation and the trans community.

The NHS was told that it was no longer best practice to collect data on sex, and probably illegal, which was wrong. Instead, the NHS introduced two new categories. One is called gender identity. The male category now includes men and transmen while the female category includes women and transwomen. There is also a non-binary category to select. They also ask if your gender identity is the same as the ‘gender you were assigned at birth’, with the option to answer yes or no.

This means that for some people, their data on what sex they were born becomes completely inaccessible. (i.e. for people who say that they are non-binary or that they do not have a gender identity).

These changes are happening by stealth. Over time, gender identity categories will override the standard Male or Female categories, every time a database gets updated. This is happening outside the NHS too. BUPA requires patients to select the option “female (including trans gender women)” in one of their health questionnaires and asks about “assigned gender”. When challenged they told us they had been “advised by the LGBT Foundation” and that these words were “mandated by law”. They are not. Following our intervention BUPA is now reviewing its approach and we will be keeping a close eye on what changes they make.

What happens next really matters

The Department of Health has commissioned the NHS to develop a unified set of information standards for all nine protected characteristics. No stakeholders that champion the collection of sex have been consulted in that. We know that the project output and the recommendations are now with the DoH. I have asked to see those recommendations under the Freedom of Information Act but have been refused.

Before any changes are implemented, it is crucial that these changes must be looked at and the reasons for dropping sex in favour of gender identity must be robustly interrogated.

It is shocking that the NHS does not know something as basic and important as sex the patients were born. This is our last chance now to put it right while we still have the right IT infrastructure.

If you are interested in finding out more about this topic you can read this in depth analysis on our website:

How does the NHS record information about sex and gender identity?