You are here: Home / Law / Advancing transgender rights: What is reasonable for us as a society to do? 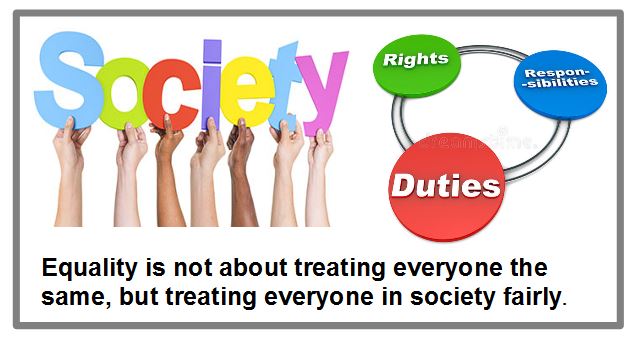 Transgender rights do not exist in isolation. A balance of rights must be struck for the good of the whole population. We must ask ourselves “What is reasonable for us to do as a society?”

In what circumstances should someone be allowed to change the sex on their birth certificate?

At birth we all get entered onto the birth register. Important information including our full name, place of birth and biological sex gets entered onto that register. We all get a birth certificate issued as proof of what is entered on that register. In most cases, it gets put away safely in a drawer, along with things like passports. They are official documents that most of us don’t use very often but nevertheless are very important, especially when we have to use them as proof of who we are. The sex entered into the register and written on our birth certificate is our legally recognised sex. There are two legal sexes: male and female. We are all (men and women) protected from being discriminated against on the basis of our sex by the protected characteristic of sex in the Equality Act 2010.

The Gender Recognition Act 2004 is a legal mechanism to allow someone to change the sex on their birth certificate. So instead of it reflecting the entry on the birth register it states the opposite sex instead. For very obvious reasons there are very strict conditions that must be met before this official document can be changed, including a medical diagnosis of gender dysphoria. When the conditions are met, a Gender Recognition Certificate is issued, which can then be used to send away for a new birth certificate. When the GRA 2004 was enacted it was to help a very small number of post-op transsexuals, estimated at the time to be approx 5000. This legal mismatch between the sex recorded on the birth register and the sex recorded on a birth certificate was justified largely because it would have little impact on wider society. It would apply to just 0.01% of the population. Its impact would be negligible.

However, things have dramatically changed since 2004. The trans population is thought to be as high as 1% of the population; half a million people. Transgender organisations, like Stonewall and others, claim that being transgender isn’t about having gender dysphoria, and therefore the process doesn’t need to be medicalised and doctors should not be acting as gatekeepers. Instead they are asking for a self-declaration process, allowing anyone to change the sex on their birth certificate to match their gender identity. They want it to be possible for anyone to be able to choose for themselves what their legal sex class is. They want it to be possible to change your birth certificate on demand.

But surely having gender dysphoria has to be essential to any argument as to why society should allow someone to alter their birth certificate? If someone has such extreme gender dysphoria that they need the therapeutic relief of body modification surgery to approximate the body of the opposite sex, maybe then, in this small number of cases the legal fiction of changing the birth records might be justified. But in what other circumstance would anyone else need to do that, given that we are socially free to “identify as feminine” or “identify as masculine” as we please. Transgender people already have all their protections against discrimination written in Equality law, exactly the same as any other oppressed group in society, and rightly so. But is it right that society should also now allow anyone to choose their legal sex?

Does society need to retain a way of differentiating between males and females?

The protected characteristic of sexual orientation is also sex-based. Everyone’s sexual orientation is determined by who we are sexually attracted to: members of the opposite sex (heterosexual), members of the same sex (homosexual) or members of both sexes (bisexual). Gay and lesbian people have only recently gained the right to same-sex marriage under UK law. All these equality laws are based on someone’s legal sex category as recorded in the birth register, and in the vast majority of cases written on our birth certificates, and corresponding to our biological sex.

So, yes: society does need to retain a way of differentiating between the two sexes. Many important laws and groups in society depend on an accurate and biological definition of sex.

What is it reasonable for a society to do and what is not?

The rights, benefits and protections given to individuals or groups by a society should be fair and consistent. Taking everyone into account and weighing up the fairest thing to do all round is how equality law works. Our expectations of being given special rights from society is sometimes reasonable. Sometimes however it is not. This applies to everyone in society.