You are here: Home / Policy guidance / Violence against women and girls: our response to the Home Office call for evidence 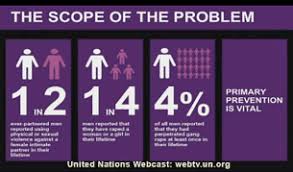 In December 2020 the Home Office launched a consultation to help inform the development of the government’s next Tackling Violence Against Women and Girls Strategy. They said, “This call for evidence is seeking to collect views from those with lived experience of, or views on, crimes considered as violence against women and girls. It will run for a period of 10 weeks and is open to all genders.”

Here is a copy of Fair Play For Women’s written submission to the government’s call for evidence.

1.1 Fair Play For Women Ltd is a campaigning and consultancy organisation which raises awareness, provides evidence and analysis and works to protect the sex-based rights of women and girls in the UK.

1.2 Founded in 2017, our work is focused on understanding when and how gender- and sex-based rights conflict in law and policy making. Our aim is to ensure that everyone’s needs are fairly balanced and that women and girls are not forgotten in good policy making.

1.3 We believe in compassion and fairness for all. We support the rights of trans people to live in safety and to be treated fairly. We also support the rights of women and girls, and this is our focus. Protecting these rights in law requires that sex is not conflated with gender identity.

We call on the Home Office to provide clear direction to police services, the CPS, the courts and HMPPS, and to insist on accurate data collection by birth sex,

– to ensure that male crimes and male criminals are correctly recorded as such;

2.0 Accurate crime records by sex are being undermined

2.1 The Home Office consultation on developing a new strategy to combat Violence against Women and Girls says: “The new Strategy will include work around perpetrators, and it is important we gather as much evidence as we can on both who commits these crimes and what works to help them stop.”

2.2 The first step is to ensure accurate data is collected. It is through historical data collection that we know the extent to which VAWG is a problem, and that males are the main perpetrators. But that knowledge and understanding is being diluted and distorted because of the rise of gender identity being accepted as an alternative to biological sex.

2.3 Many police forces are allowing males to self-identify as women and recording them as such in their data, even in cases where they are accused and convicted of violence against women or girls, including sexual violence.

2.4 The same is true for the CPS and the Equal Treatment Bench Book which requires victims of an abusive male to refer to him as she in court if he so chooses. This has happened. A rapist has been referred to as “she” in more than one case [i]. This is an appalling prioritisation of the feelings of the perpetrator over those of the victim. This is nothing to do with the Gender Recognition Act; it is entirely on a self-identified basis.

2.5 Then when it comes to prison, many males are claiming a female identity, and getting access to women’s prisons – and sometimes to the women in those prisons. Some of those male prisoners are not recorded as such because they have a GRC, even though they have an intact male body [ii]. Thus it is not even known how many such people are in women’s prisons.

2.6 The media reporting of police statements and court records which mis-sex these offenders leads to inaccurate reporting in the media [iii]. There is now speculation that female sex offending is on the rise, but this is largely the result of mis-sexing of male offenders, since there are so few female offenders that the addition of just a small proportion of male offenders looks like a large increase [iv].

3.0 Violent male offenders are causing women further harm in court and in prison.

3.1 Violence against women and girls is committed predominantly by males. There are very small numbers of female violent offenders and sex offenders, but this information, and the public’s understanding of it, is being distorted by the recording as female of typically male crimes with male perpetrators.

3.2 Fair Play For Women has published research showing the extent to which trans-identifying males have a pattern of criminality broadly the same as that of the male population as a whole, and not remotely like that of the female population [v].

3.3 Around two-thirds of women in prison have been victims of male violence outside prison. Being imprisoned with violent males is an inhumane punishment [vi]. But trans policy development by HMPPS did not consult women, and has resulted in women being assaulted by male prisoners [vii] in UK women’s prisons. As a result, one female victim is now pursuing a judicial review on the policy [viii].

3.4 Current policies on the treatment of trans-identifying males such as that in the Equal Treatment Bench Book and HMPPS constitute further harms to women and girls who are already the victims of violence by men.

4.0 Recommendation: We call on the Home Office to provide clear direction to police services, the CPS, the courts and HMPPS, and to insist on accurate data collection by birth sex, to ensure that male crimes and male criminals are correctly recorded as such; to protect women who are victims of male violence from having to refer in court to violent men as women; and to keep women’s prisons single sex in order to protect women in prison from males, no matter how those males identify.