You are here: Home / Policy guidance / United Nations must ensure sex is not conflated with gender or gender identity 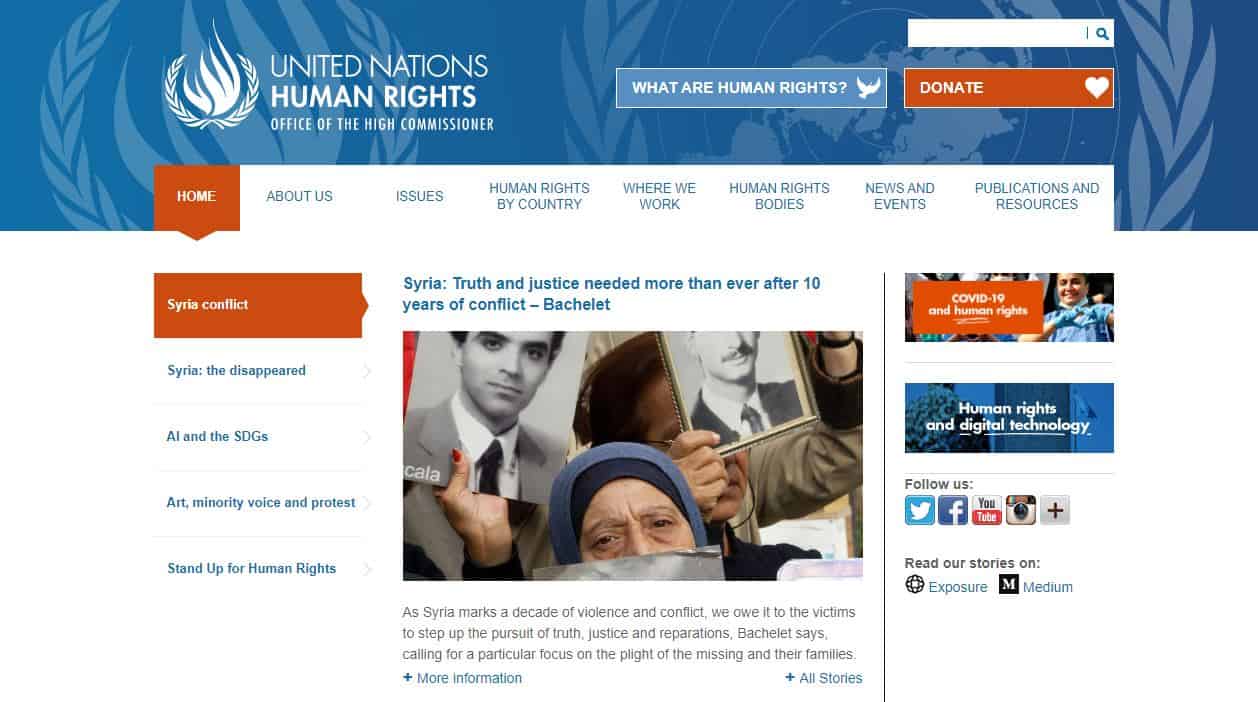 The United Nations’ Independent Expert on protection against violence and discrimination based on sexual orientation and gender identity has called for input to “a thematic report: Gender, sexual orientation and gender identity”. The call says that this is to inform the Independent Expert’s report to be presented to the 47th session of the Human Rights Council. This is our response to the call for input.

Fair Play For Women Ltd is a campaigning and consultancy organisation which raises awareness, provides evidence and analysis and works to protect the sex-based rights of women and girls in the UK.

Founded in 2017, our work is focused on understanding when and how gender-and sex-based rights conflict in law and policy making. Our aim is to ensure that everyone’s needs are fairly balanced and that women and girls are not forgotten in good policy making.

We believe in compassion and fairness for all. We support the rights of trans people to live in safety and to be treated fairly. We also support the rights of women and girls, and this is our focus. Protecting these rights in law requires that sex is not conflated with gender identity. Any policies considering gender identity must consider the impact of those policies on other service users, particularly females.

The widely-promoted idea that anyone raising questions about trans-inclusive policies is a bad-faith actor is stopping proper consideration of such policies, frequently leading to bad outcomes for females.

Our responses to questions asked by the United Nations consultation

Question 3:  What kinds of information and data are collected by States to identify forms of violence and discrimination faced by people based on sexual orientation and gender identity? Is the data designed to capture causes and patterns of violence and discrimination against lesbians, gay men, bisexual women, bisexual men, trans women, trans men, and gender diverse persons?

Good quality data is important in understanding and addressing inequality, and in policy-making in general. Fair Play For Women has worked to ensure good quality data is protected. This has recently led to a judgement in our favour against the UK’s Office for National Statistics. This will ensure that sex and self-identified sex or gender identity are not conflated in the Census. This is important not only for women but for measuring and understanding L,G, B and T populations also. The addition of voluntary questions on sexual orientation and gender identity in the UK’s 2021 Census is a welcome move; the data these questions will yield would have been undermined if the sex of those answering was not correctly recorded.

We provided a detailed input to the UK Home Office consultation on violence against women and girls, illustrating the data issues that have arisen as a result of the move to record perpetrators of crime by self-identified sex. Please read the submission on our website.

Question 7: Are there examples in which narratives or “gender ideology,” “genderism” or other gender-related concepts have been used to introduce regressive measures, in particular but not limited to LGBT persons or communities?

There are examples in the UK where “gender ideology” has been used to introduce measures which are regressive for females. Sex-specific toilets are universally recognized as making a positive contribution to the lives of women and girls. They are promoted by the World Health Organisation and the United Nations as an important factor which contributes to female emancipation. Proper single-sex toilet provision enables girls to attend school, and facilitates the participation of women in public life. In some cases, for example in rural India, it contributes to the basic safety of women, reducing their risk of assault, rape and murder.

The relabeling of single-sex provision as gender-neutral (sometimes: gender-neutral with cubicles, gender-neutral with urinals) removes the option of single-sex toilets from men and women alike. But women are more disadvantaged, since they cannot use urinals, whereas men can use cubicles. Furthermore, many women and girls are unwilling to walk past urinals to get to cubicles in the former-men’s facilities. So their provision is now shared with men, while that available to men is doubled.

This is also happening in UK schools. Trans-inclusion policies are dictating that trans-identifying children and young people should have access to the facilities and sports of their self-declared gender rather than their sex. This has the effect of making such facilities and activities mixed sex. This is much more to the detriment of girls than boys. The UK Department of Education mandates sex-segregated toilets and changing rooms from the age of eight in schools. Trans inclusion policies are being promoted and adopted, with the best intentions, which undermine this requirement.

Elsewhere in the UK, the adoption of mixed changing rooms has led to increased risk for women of sexual assault. Again, good intentions have had unintended consequences.

It is not possible to consider the needs of LGB and T as one homogenous group. Public Health England has recognised this, commissioning work on health impacts and inequalities for men who have sex with men as one group, and women who have sex with women as another. These therefore cover gay and bisexual men as one group, lesbians and bisexual women as another. In both cases, biological sex and not gender identity is the unifying factor.

Indeed, the conflicting demands and expectations of transwomen and natal women have led to the founding in the past two years of lobby groups to represent the needs of LGB people in many countries including UK and Ireland. Until 2015, the UK’s best-known and best-funded group, Stonewall, represented LGB people solely. Since then, its focus has been on trans issues. This left a gap for a group concerned with sexual orientation as the basis of discrimination.

Similarly, groups like Fair Play For Women have formed in the past few years because of the increasing political and policy focus on the needs of those with trans identities, without consideration for their impact on women and girls. There is an undeniable conflict of needs between these two groups in some areas of policy, particularly those which normally involve the separation of the sexes. These areas of conflict correspond closely to the single-sex exceptions stated in the Equality Act. We promote discussion and debate to ensure the needs of both groups are properly considered in policy-making.

Question 12: What policies, programs and/or practices has the State adopted to meet Sustainable Development Goals 5 (gender equality) and 10 (reduced inequalities)? Do these rely on gender frameworks inclusive to diverse sexual orientations and gender identities and/or aiming to address violence and discrimination based on sexual orientation and gender identity? Please identify relevant examples.

UK law identifies sex and gender reassignment (which is self-identified) as two separate protected characteristics in the 2010 Equality Act. It is not possible to address the needs of one of these groups without considering the impact on the other. The Equality Act lists a number of exceptions where the need for single-sex spaces, services and opportunities, particularly for females, trumps the need for the inclusion of transwomen, on the basis that they are trans-identifying people of the male sex. This applies even if they have changed their legal sex under the Gender Recognition Act.

Hate crime legislation in England and Wales, and in Scotland which has its own legislation, specifies sexual orientation and gender identity (among others) as characteristics which may be regarded as aggravating factors. Sex is not specified as a factor, meaning that abuse of women because they are female is not covered by the legislation.

In the UK violence against people because of their trans identity is extremely rare. Violence against women and girls is so common that it barely registers. International statistics on the murder of transwomen show that these are highly correlated with sex work, particularly in South America. Such work is dangerous for men and women, however they present. Nor is there much evidence of such murders being on the basis of trans-identification.

It is also necessary to document how the belief that gender identity does not necessarily correlate with biological sex is being used to fuel violence and discrimination against females – women and girls – based on their sex.

Women who defend the rights of women to maintain single-sex spaces and services, as permitted by UK law, are increasingly attacked both verbally and in some cases physically (e.g. the cases of Maria MacLachlan and of Julie Bindel, both attacked by trans-identifying males in the course of discussing the impact of possible changes to the Gender Recognition Act.) While such violence may be atypical of trans people, it must be acknowledged that there is a perceived rights conflict which is felt strongly by some people in both groups. Responsible policy-makers cannot ignore this, or expect to shut it down by labelling anyone as bigoted or regressive.