You are here: Home / Policy guidance / Gender-neutral toilets: Our response to government’s call for evidence on toilet provision in the UK 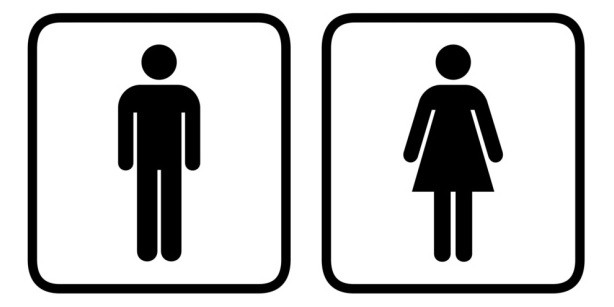 In October 2020 the government launched an open consultation regarding the provision and accessibility of toilets. In recent years, there has been a trend towards the removal of well-established male-only/female-only spaces when premises are built or refurbished, and they have often been replaced with gender-neutral toilets. This places women at significant disadvantage.

Here is a copy of Fair Play For Women’s written submission to the government’s call for evidence.

1.1 Fair Play For Women Ltd is a campaigning and consultancy organisation which raises awareness, provides evidence and analysis and works to protect the sex-based rights of women and girls in the UK.

1.2 Founded in 2017, our work is focused on understanding when and how gender- and sex-based rights conflict in law and policy making. Our aim is to ensure that everyone’s needs are fairly balanced and that women and girls are not forgotten in good policy making.

1.3 We believe in compassion and fairness for all. We support the rights of trans people to live in safety and to be treated fairly. We also support the rights of women and girls, and this is our focus. Protecting these rights in law requires that sex is not conflated with gender identity.

1.4 We welcome this consultation as an opportunity to ensure the reality of biological sex is reflected in policy decisions. Respect for the gender identity of those claiming to have one which is at odds with their birth sex must go hand in hand with respect for the reality of sexed bodies, the differences between the two sexes, and the implications of these differences.

Single-sex toilets are valued by both sexes but especially important for women.

2.1 Sex-specific toilets are universally recognized as making a positive contribution to the lives of women and girls. They are promoted by the World Health Organisation and the United Nations as an important factor which contributes to female emancipation. Proper single-sex toilet provision enables girls to attend school, and facilitates the participation of women in public life. In some cases, for example in rural India, it contributes to the basic safety of women, reducing their risk of assault, rape and murder.

2.2 Sex-specific toilets are a cultural norm worldwide, providing privacy and dignity for both sexes. This is true in the developed world just as much as in those developing countries where such provision is still not universally available. There is no recorded history of demands by women to reduce or abolish single-sex provision.

2.4 Mixed sex (gender-neutral) toilets do not work well for all women. The additional toilet needs of women are well-documented, starting with the greater level of undressing needed, which takes more time and requires a cubicle for privacy, and including menstruation, the risk of assault by males, and the rise of spy cameras. (See p 47-66 of “Invisible Women” by Caroline Criado Perez.) On any given day, around 3 million women and girls in the UK are on their period [i], requiring more time, sanitary disposal bins, and the opportunity to wash their hands in privacy.

Women are losing the option to choose single-sex toilets.

3.1 The relabelling of single-sex provision as gender-neutral (sometimes: gender-neutral with cubicles, gender-neutral with urinals, as in some London theatres, concert halls and galleries [ii]) removes the option of single-sex toilets from men and women alike. But women are more disadvantaged, since they cannot use urinals, whereas men can use the cubicles. Furthermore, many women and girls are unwilling to walk past the urinals to get to the cubicles in the former-men’s facilities. So their provision is now shared with men, while that available to men is doubled.

3.2 Some women may say they are content with such facilities, but they cannot speak for all women. These changes have been made without consent and usually without consultation. The 2018 City of London consultation on gender-neutral toilets dismissed the views of almost half the respondents, thousands of people, whose opinion on the difference between sex and gender identity did not align with the one being sought [iii].

4.1 The rationale given for gender-neutral is to be inclusive of those whose gender identity does not match their birth sex. But these have the effect of reducing provision for women, as described above.

4.2 It has been claimed that transsexuals have long been tolerated in women’s toilets. This is impossible to verify. Transsexual males, presenting as women, may have been using women’s toilets but this does not mean women did not feel it as an invasion of privacy. Turning a blind eye is not consent. Women typically do not challenge males, who are invariably stronger than women even if they are not bigger (which they usually are).

4.3 This situation was very rare in the past, but that is no longer the case. Historically, the UK had no more than 5000 transsexuals, mostly male to female [iv]. The number of males now identifying as women and accessing female facilities has changed dramatically in recent years. Stonewall’s definition of trans includes “transgender, cross dressers, gender-queer (GQ), gender-fluid, non-binary” among others [v].

4.5 Along with the massive increase in numbers, it has become even more difficult for a woman to challenge any man who enters women’s toilets for fear of being branded transphobic. So even where single-sex toilets exist, they are treated by many males as accessible to them, and thus the options for women who want to choose female-only are further reduced.

The fairest solution would be a mix of options so there is something suitable for everyone.

5.1 Women should not be forced to share toilets with members of the opposite sex. The option to choose female-only must be retained.

5.2 Transgender people should not be forced to share toilets reserved only for members of their birth sex. They should have the option to choose gender-neutral, i.e. mixed-sex.

5.3 It follows that there should be a mixture of single-sex and mixed sex options to choose from.

There is a range of solutions including: additional mixed-sex toilets or cubicles; rebadging men’s facilities; or self-contained cubicles with washbasins and sanitary bins.

6.2 Converting only the female-only provision to mixed-sex toilets is common because male toilets with urinals are not suitable for mixed use. But female provision is already under pressure (as illustrated in Invisible Women). Reducing female provision, which disadvantages half the population, is not a fair solution to accommodate the needs of 1-2% who may have a trans identity.

7.1 A mix of options so there is something suitable for everyone is the fairest approach: adding mixed-sex/ gender-neutral options alongside single-sex.

7.2 Mixed provision should not be taken exclusively from female-only provision. That is a clear reduction of provision for women, which is already barely adequate.

7.3 In calculating toilet provision to meet regulatory requirements, “gender-neutral with urinals” cannot be counted as provision for both sexes.

7.4 Where single-sex toilets exist, any action taken must ensure 50% of all toilet provision remains female-only.

[i] WHO data reports that there are 15 million women and girls aged 15-49 in the UK, and uses this age group as a proxy for child-bearing age. It is a good proxy for the number of females who menstruate, since the number of girls under 15 who menstruate can be offset against women using contraceptives which reduce or stop menstruation. At any point, 20-25% of women and girls are on their period, which lasts on average 5-6 days. Conservatively, 20% of 15m = 3m. The average age for the onset of menses in the UK is now 12, making single-sex toilet provision in schools very important.

My daughter doesn’t want to share toilets at school with boys. What can I do?

Sorry Wagamama I love your food but I hate your mixed-sex toilets.