You are here: Home / Sport / Lowering Testosterone for 12 months does not reduce strength in males: The implications for trans eligibility rules in female sport 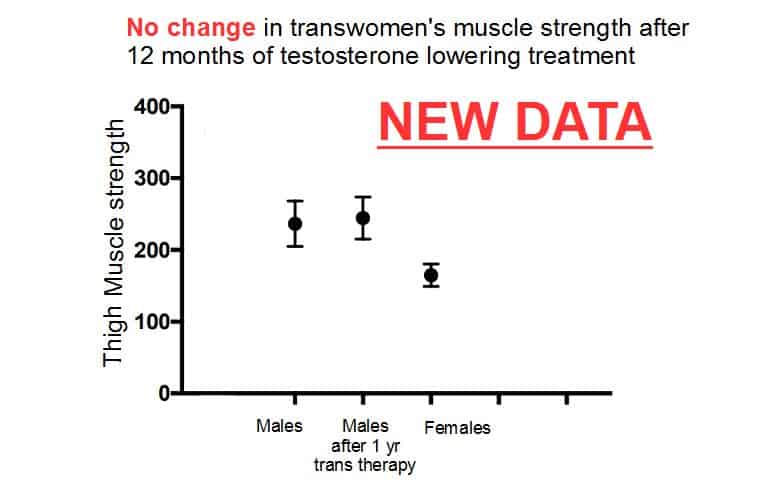 New scientific study showing NO LOSS in muscle strength in male-born trans people after 1 year of testosterone suppression. Here we summarise a simple version of the key facts.

Study included 11 transwomen aged between 23 and 31 years old. Treated with GnRH antagonist (a sex hormone suppressant) for 12 months (and estrogen). Testosterone started off between 32nM-10nM (typical male levels) and reduced down to 0.7-0.4nM (typical female levels) after 12 months of treatment.

Note that T falls way below the 10nM rule set by the IOC and even the 5nM level some people think the rule should be reduced to. In this study T is chemically dropped to male castration levels and is comparable to normal female levels. 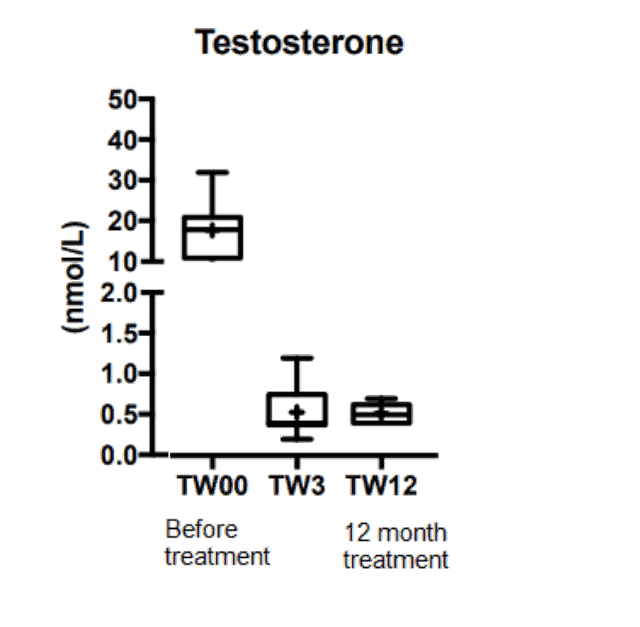 As expected 12 mths after almost no testosterone in the male body the study shows thigh muscle size decreases. But not by huge amounts. On average by just 5%, in some individuals it doesn’t drop at all. Although overall size drops the actual density of the muscle does not change. 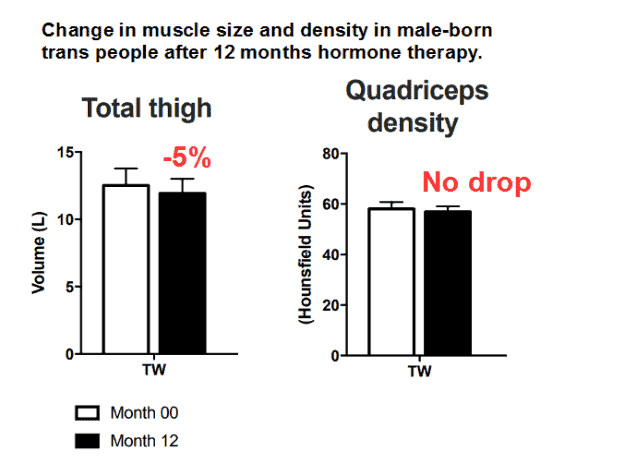 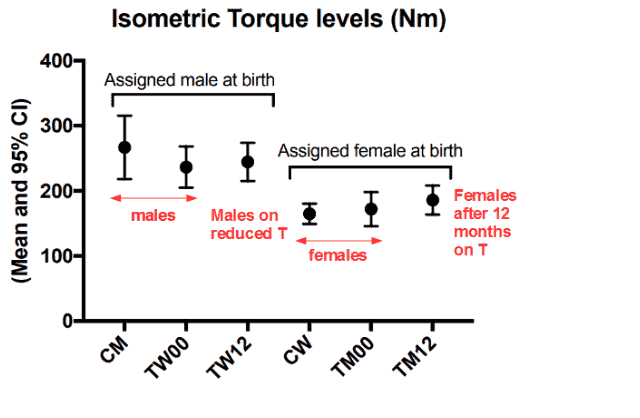 This is gold standard research performed at the Karolinska Institute by Clinical Physiologists with specialisms in skeletal muscle and testosterone led by Professor Gustafsson.

So now, in addition to common sense and scientific knowledge of the legacy effects of male puberty we now have robust, credible scientific evidence to show that even when T is reduced to castration levels in males their muscle strength is not reduced.

The IOC must immediately suspend its eligibility guidelines saying that male-born trans athletes can play in female teams if they reduce their T to 10 nmol/L for 12 months. There is no credible science to support this position.

They must also stop tinkering around the edges having meaningless debates on whether to lower the rules on T from 10nmol/L to 5 nmol/L. It doesn’t matter how low you set the T levels. Male muscle strength stays the same even at <1nmol/L FACT.

Sports bodies where thigh muscle strength gives a clear advantage in competition must suspend their trans eligibility rules immediately. Like Cycling, Rugby, Weight lifting, Athletics etc. No more women must lose their place on the podium to males. 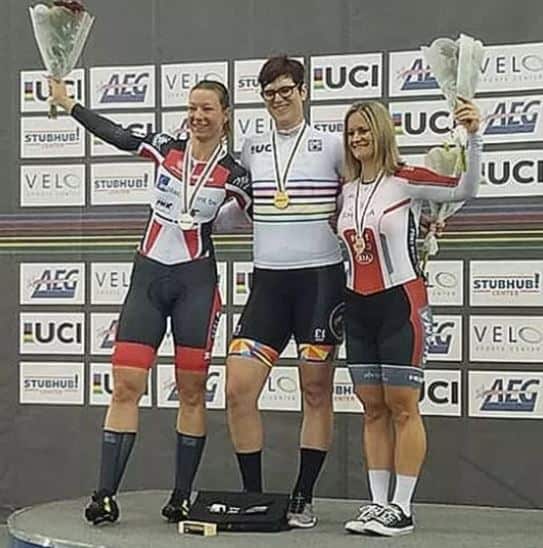 No more women must risk serious injury on the pitch against males who ‘fold them like deckchairs’. 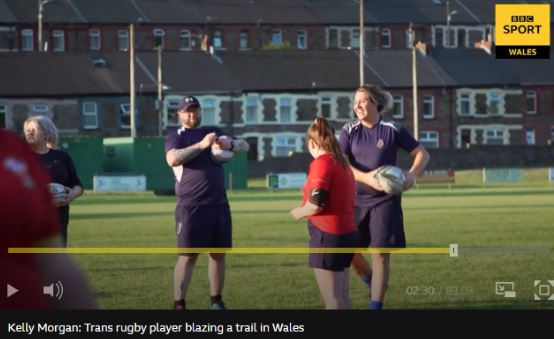 Women can and must now feel confident to challenge sporting clubs who still allow males to compete in the women’s game. It’s unfair and unsafe and we now have the scientific evidence to support this. Facts aren’t transphobic.

Now if one woman is injured by a male-born transgender allowed to play contact sport with women despite this knowledge the sporting body responsible for upholding safety will be found clearly negligent.

Any sporting bodies that do not now review & change their trans eligibility rules in light of this new research will be showing a clear disregard for women. Allowing males with a proven performance advantage to compete in female sport is discrimination against female sex.

Trans pressure groups like Stonewall and Gendered Intelligence must now stop silencing women and act by working on other solutions for trans people. The female category is no longer a viable option.

Sporting bodies must move quickly now this data is out. The 2020 Olympics is less than 12 mths away & Laurel Hubbard will be there. The Cycling World Champs is next month & Rachel McKinnon will be racing for another women’s world title. Enough is enough. Women deserve their sports back. 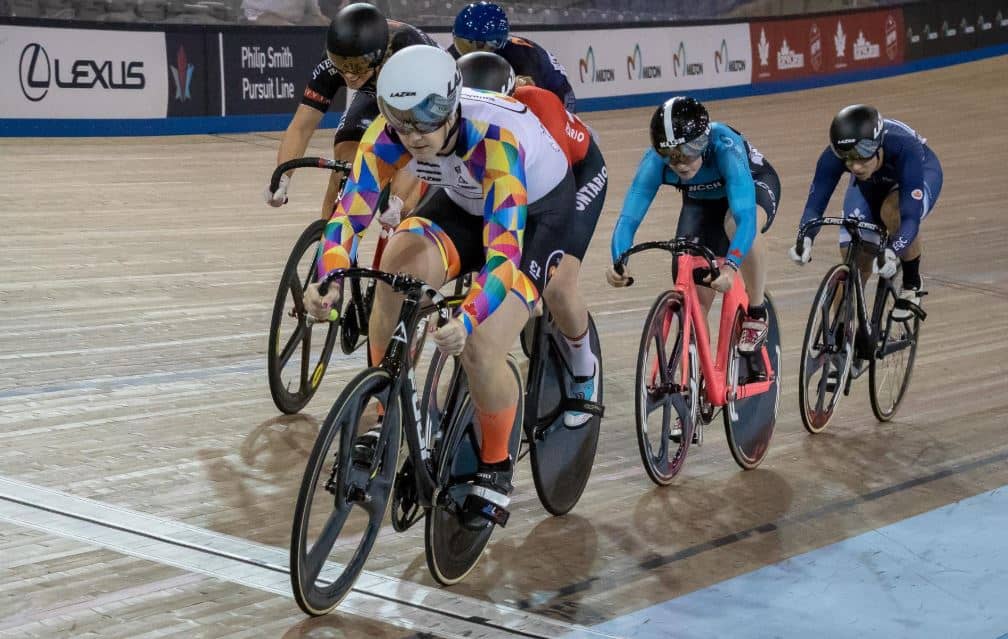