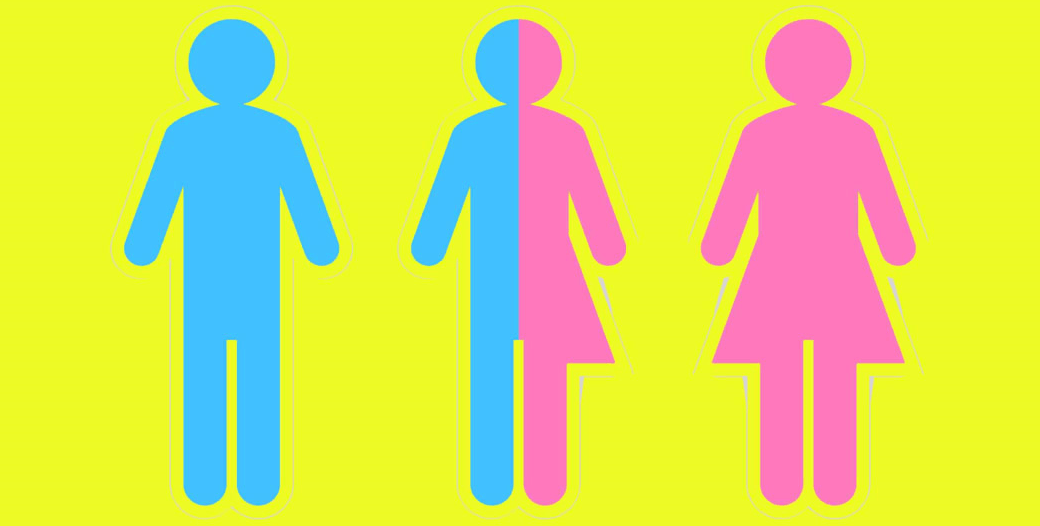 Demands for recognition of “non-binary” people seem benign, even constructive. After all, many women don’t conform with society’s gender stereotypes. Without a full face of make-up, a skirt and high heels, aren’t you a bit non-binary too? Of course people should be protected from unfair discrimination because they don’t conform to the expectations of their gender  – and evidence is that women are still having to fight against this.

But calls to legally recognise ‘non-binary’ people could be a back door to the erosion of single-sex spaces and services for women and girls. “Non-binary” is being used to divide the world into male and non-male – and women lose out.

Stonewall, Scottish Trans Alliance and other pro-trans groups have moved on from calling for the end of the single-sex exemptions in the Equality Act, as they did in their submissions to the Women and Equalities Committee in 2015. This is welcome. But the demands for inclusion of non-binary in the Gender Recognition Act create a new threat to single-sex spaces.

They are now calling for recognition of “non-binary” people in the Gender Recognition Act and in the Equality Act, as shown in their submissions to the current inquiry by the Women and Equalities Select Committee (WESC),  published on the UK parliament’s website.

Stonewall strongly believes that non-binary identities should be accommodated in a reformed GRA.

The protected characteristic of ‘gender reassignment’ in the Equality Act 2010 covers most binary-identified trans men and women, with or without a gender recognition certificate. However, non-binary people are not currently explicitly protected by the Equality Act.

Stonewall recommends that the UK Government acknowledges the Tribunal’s ruling, and clarifies that non-binary, gender-fluid, and gender-diverse people are covered by the Equality Act under the protected characteristic of ‘gender reassignment’.

Calls to include non-binary people under the protected characteristic of gender reassignment in the Equality Act would protect such people from discrimination based on their gender identity. Calls to include them in the Gender Recognition Act are an entirely different matter. This would mean someone would become sexless in the eyes of the law. There is no one who does not have a birth or biological sex. The law should not be used as a tool for identity validation.

If people are allowed to opt out of having a legal sex, how are they to be treated under the protected characteristic of sex in the Equality Act? Would opting out of being legally male confer the right to access women’s male-free spaces such as female-only changing rooms and female-only sports? That is what trans lobby groups are asking for.

In their submissions to WESC, and more generally, several lobby groups claim that non-binary people should be entitled to access women-only spaces. It’s hard to fathom why this should be, since by definition a non-binary person claims to be neither a man nor a woman.

A woman’s space must permit access to trans women and non-binary people who wish to access the space.

Guidance must make clear that trans and non-binary people should be permitted to access single sex spaces, unless there is a proportionate and legitimate reason for not allowing this- which should be decided on a case-by-case basis.

A woman’s space must permit access to trans women and non-binary people who wish to access the space.

There is growing expectation that ‘non-binary’ people belong in women’s spaces. We are already seeing women-only scholarships and sports stating that trans and non-binary people are welcome.

In the arts, commissions, grants and festivals promote “women, trans and non-binary writers”. All this does is make the women’s section for everyone except those identifying as men – that is, it becomes something for all the non-men, reducing access and opportunity for females.

Single-sex exceptions were designed in part to provide opportunities for the female sex, who are under-represented in many aspects of public and professional life. While female ‘non-binary’ people belong in the category, ‘non-binary’ males would not.

This is another example of how provisions for female-only spaces and services in the Equality Act are being undermined by trans activists. Women and girls need the government to issue better, clearer, stronger guidance to protect our sex-based rights.