You are here: Home / Children / Sex stereotypes and the development of Gender Identity Disorder in children. 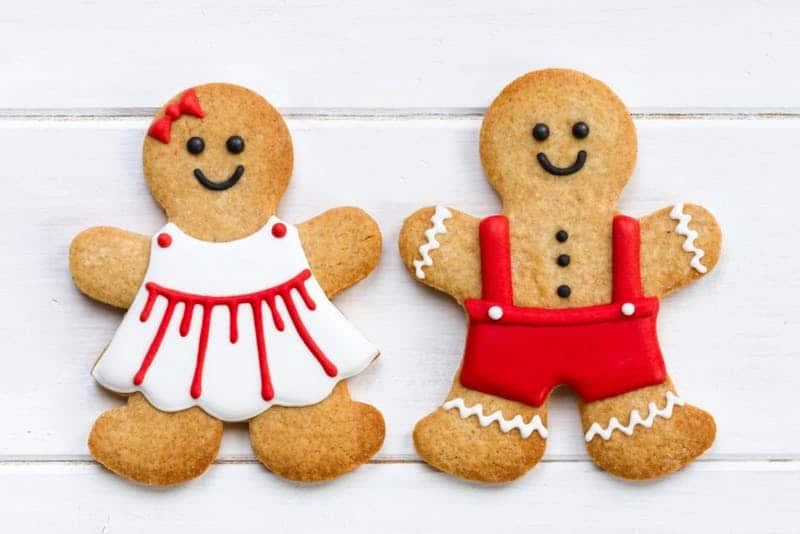 by Dr Katie Alcock, Chartered Psychologist, Senior Lecturer in Psychology at Lancaster University. This briefing document has been prepared as a written submission to the Fawcett Society Commission on ‘Gender Stereotyping in Early Childhood‘.

Sex stereotypes and the impact on children.

We know that boys and girls are treated differently from the moment the baby’s sex is confirmed – these days before birth. We have known for decades that behaviour towards an infant depends on whether an adult is told the infant is a boy or a girl (1) but in recent years the possibility of finding out a baby’s sex before birth has extended the exposure of infants to stereotyped talk and behaviour to their time in the womb, even by women’s studies researchers (2) – insidiously, this includes allocation of family resources in some societies (3).

And boys’ and girls’ worlds are very different, even in the first few years of life (4).

Children rapidly come to understand that there are two classes of humans – boys and girls. The stereotypes they absorb in relation to each sex are affected by family and society (5); see Fine (6) for an excellent, comprehensive and accessible review.

What do children understand about the existence of two sexes and when?

Research has long shown that children move through a series of stages in their understanding of who is a boy and who is a girl and how this develops. Kohlberg (7) noted that children first work out that they, themselves, are a boy or a girl, in a process very similar to learning what animals are cats versus dogs – by using perceptual features (8). In other words, children categorise boys and girls (including themselves) by their stereotyped appearances and behaviours. This early identification happens around 18 months to 3 years and is known as “sex identity” or (in more recent literature) “gender identity” (the psychological literature around the development of this concept, until very recently, referred only to children’s knowledge of their own biological sex; and it is not a complex concept like some adults feel about their own identity, it relies on the same processes children use to work out what is a table versus a chair or a car versus a bus. Children identify other children solely on the basis of the other children’s dress and toy preferences. This is not too surprising given the sex-stereotype saturated world they have grown up in.

Following this early identification of ones own sex, children come to realise that they cannot change sex. Prior to this, they think that even though they are a girl, they can grow up to be a man, have a beard and inseminate a woman (e.g. put a seed in a Mummy’s tummy); boys think they can grow up to be a woman, have breasts and be pregnant and breastfeed. Children believe that changing appearance, accessories and toys leads an individual to change sex, immediately.

Once they have learned that they themselves cannot change sex (sex or gender stability), children are still uncertain – in some cases up to the age of 9 – about whether other people can change sex. Bem (9) discovered that one of the important features in children realising that sex is constant is children’s knowledge of the genitals of each sex. There is also a clear link to another important milestone in children’s cognitive development – the understanding of the appearance-reality distinction. Children who have not yet reached this phase of understanding will believe that a cat that puts on a dog mask has really and truly turned into a dog. We now know that children who understand that sex cannot change – who have reached the gender/sex constancy phase – must have both the understanding that appearance does not change reality, AND the understanding that boys have one set of genitals and girls another (10).

This all explains very well how children in toddler years are susceptible to sex stereotypes, with a peak in preschool and early school age years, and how they become more flexible around stereotypes around the age of 7-8+. It is important for children in order not to fall into traps (which can be lifelong traps) about their own and others’ capabilities falling along stereotyped lines, to understand the reality of sex and of stereotyping early.

The consequences of diagnosing children with Gender Identity Disorder based on sex stereotypes.

Much of the research I have cited here was carried out in an era when, like Bussey and Bandura, people felt that gender was “one of the most important ways of categorising people” (11). We would hope that it’s possible for parents to move beyond this feeling that they need to know what their child’s gendered behaviour is going to be like; however it is with this background that the diagnostic criteria for gender identity disorder in childhood were set. In order for a child to be diagnosed with gender identity disorder, they must adhere to sex-typed stereotypes of the opposite sex – they must meet six criteria from a set of nine (12) – of these, five refer to play and dress that is stereo-typically associated with the opposite sex, including playing with the opposite sex.

In order for a child to be diagnosed with gender identity disorder, they must adhere to sex-typed stereotypes of the opposite sex.

But we no longer wish to live in that world. We do not want our children to think that some things are only for boys and some for girls. Believing this holds women back. If we lived in a world where no toys or dress or behaviour was stereotyped, it would not be possible for children to be diagnosed with gender dysphoria; in fact, one would hope that children would be happier in their sexed bodies if they had no indication that their preferred toys and games were “supposed to be” for the opposite sex.

Additionally, children also believe that gender preferences are essential – part of children’s own selves – and that they would develop in the absence of role models for that sex that adhere to stereotypes (13). This would imply that it is particularly difficult to counter children’s ideas about sex stereotyping – which we also know from previous research on children’s lack of understanding of sex constancy.

Children also believe that gender preferences are essential – part of children’s own selves.

We know however that biological sex cannot change in humans (despite niche theories that it can); it’s not possible to do medical or biological research with humans and believe that it can.

However, some groups of children are delayed in this understanding – children who transition to present as the opposite sex (socially, in other words with no hormone treatments) and their siblings believe for longer that sex can change (14). This tells us that children exposed to the idea that sex is not constant (their sibling who was previously a boy is now a girl, which they have found out at an age when they do not yet understand that biological sex is immutable) are then delayed in this biological understanding, long understood to be a basic developmental process.

Children are also less accepting towards children who are transgender and have transitioned socially (15); this is not too surprising as children are also less accepting of gender-non-conforming but non-transitioned children. We could counter this by telling children that it is fine to be gender-non-conforming, but the message that they have from all around is that girls wear pink and play with dolls, boys wear blue and play with trucks. This non-accepting behaviour is a very strong argument for teaching children that all children, boys and girls, can wear all types of clothes and play with all types of toys – not that it is OK for a few boys to wear pink, but that ALL boys can wear pink, and (importantly for the way in which children develop stereotypes) making sure that we influence society so that all boys DO wear pink.

Most children with gender dysphoria are comfortable in their birth sex by adulthood (16). Our aim should be to make children more comfortable as children (and making their environment less sexist would help this) so they can ease into puberty – and as a side effect their peers will accept their gender-non-conforming behaviour more if there is less gender stereotyping in general.