You are here: Home / Sport / Sport policy: do we need more evidence? 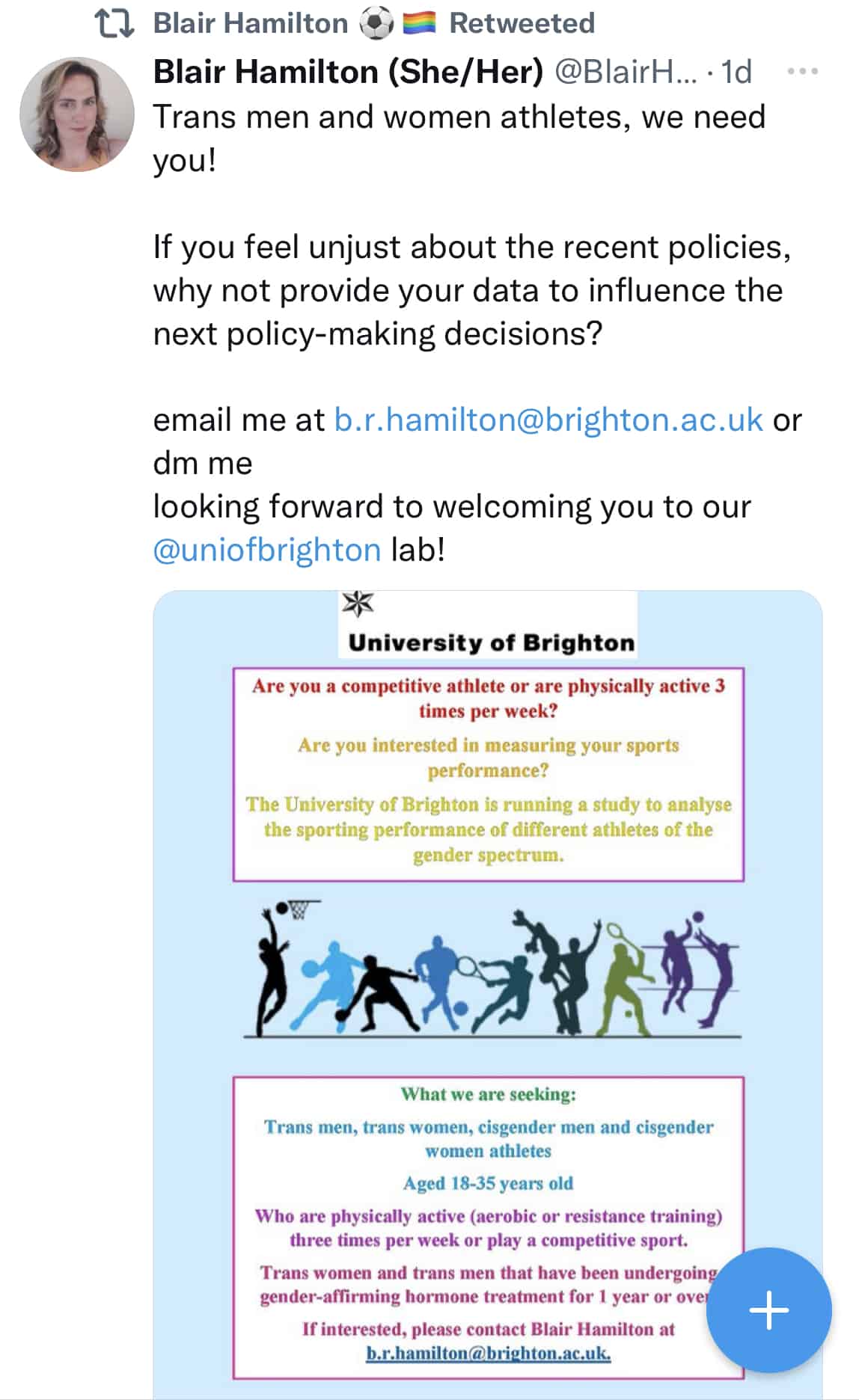 There are a couple of studies being done in British universities in an attempt to prove that males who identify as transgender and undergo a ‘transition’ process have reduced their male performance advantage enough to make it fair for those post-pubertal adult males to play and compete in women’s sport. It’s known that testosterone suppression reduces oxygen-carrying capacity, which reduces athletic performance a bit, though it’s obvious that most of the effects of male puberty are irreversible. Nonetheless, Loughborough and Brighton Universities are both hosting PhD studies led by trans-identifying males who wish to prove their own eligibility for female sport.

At Loughborough, Joanna Harper is trying to back up the anecdotal evidence provided to the IOC in 2015, on which their testosterone suppression policy, since dropped, was based. We wrote about the problems of study design and the conflicts of interest for the study leader and for the participants. It is hopelessly compromised.

Now the leader of the Brighton study, Blair Hamilton has confirmed this. In calling for trans athletes who feel their potential exclusion from female categories is unfair to participate in their study, Hamilton is actively recruiting participants who want to demonstrate their loss of performance. As we’ve written before, we can be certain they’ll succeed. 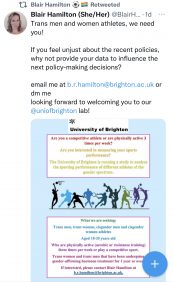 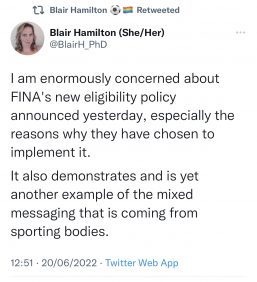 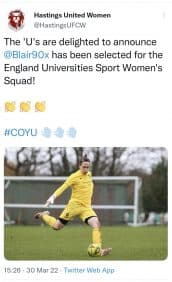 What’s the alternative? The precautionary principle, which is that if there is known risk then we take precautions even though there may not be perfect proof. Anyone who says we don’t have evidence that transwomen have an advantage over females post-puberty should be reminded that no one waited to see if women got injured playing contact or combat sports against men, or if children needed to be separated from adults, or whether lighter boxers needed their own category away from heavier fighters. We can see it’s likely; the precautionary principle says it would be irresponsible to wait until we have evidence. (This mock-scientific paper about the lack of evidence for parachute effectiveness is a tongue-in-cheek illustration of this. We don’t need randomised control trials to know that parachutes are better than no parachutes.)

Trans advocates say there would have to be evidence that they retain male advantage before removing them from female sport. How would you obtain such evidence? By letting harm come to the group we seek to protect.

Sadly, that is already happening in women’s sport, with post-pubertal males taking from women their rankings, records, prizes, podium spots, and even in a few cases the lifelong honour of being an Olympian.

We say female sport should be female-only unless it can be proven that trans athletes lose all their male performance advantage. Instead, sports bodies abandoned the precautionary principle. Some are now rolling this back. We won’t stop until fairness prevails for females across all sport.

Here’s a round-up of how sport got into this mess and what we are doing about it, presented at the ICONS women’s sport conference in the USA in June 2022