You are here: Home / Uncategorised / Scottish government is forcing sex self-ID on whole of UK. 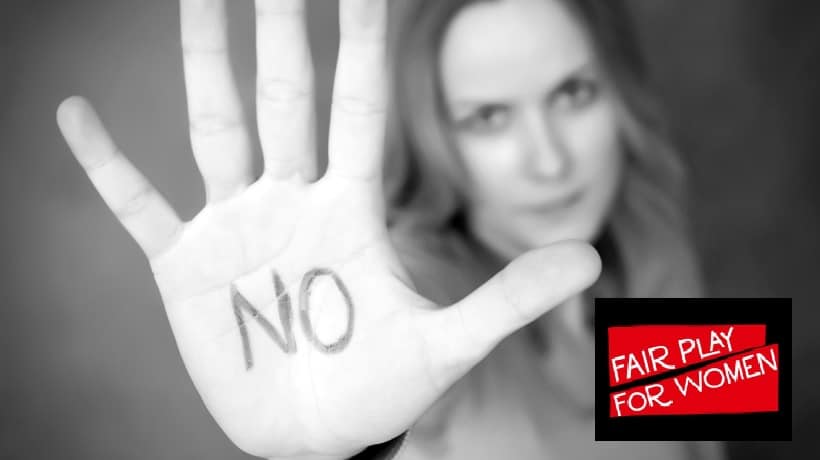 The UK government rejected sex self-ID for England and Wales in 2020 but in Scotland Gender Recognition reforms are expected to pass before Christmas.

The Scottish Government is planning to remove our UK wide “checks and balances” by allowing anyone over the age of 16 born or living in Scotland to change their sex in law, in as little as six months, and without the need for any diagnosis or medical evidence.

This doesn’t just affect Scottish women and girls. The Scottish government is now putting pressure on the UK government to recognise the legal status of a Scottish Self-ID GRC across the whole of the UK. This would let self-ID in through the backdoor with impacts for all UK citizens.

For a Scottish GRC to be recognised outside Scotland, the UK Government will have to agree. Rishi Sunak and Kemi Badenoch must say NO. Here’s why it matters

If you are a parent in England and Wales this Scottish law could impact you and your family.

We estimate there are around 15,000 Scottish-born children aged 16+ currently attending English and Welsh schools, any of whom will be able to use the Scottish system to change their sex in law while still at school.

This means, for the first time ever, English and Welsh schools may have to deal with teenage boys presenting their newly acquired female birth certificates to staff and demanding access to the girls’ toilets, changing rooms and sports teams.

This means your daughters’ right to privacy away from the opposite sex while at school in England or Wales will be diminished by a decision made in the Scottish parliament by MSPs you didn’t vote for.

b) If your child is going to university…..

If your child choses one of the fifteen universities in Scotland they will be able to use the Scottish self-ID system to get a GRC in just six months. The Scottish self-ID system will be open to anyone who is “ordinarily resident” in Scotland, including students who live there to study. This means your son or daughter could go away to university, get the idea in freshers week, and then come home for Easter with a new birth certificate saying they were born the opposite sex.

1.5% of the population living in England and Wales were born in Scotland. It’s reasonable to presume that 1.5% of the 80,000 male prisoners in English and Welsh prisons will also be Scottish born. This means over one thousand male prisoners could be eligible for female sex status using the Scottish self-ID route, with around 200 of these male prisoners having convictions for sexual offences.

Ministry of Justice (MOJ) transgender policy is that if a male-born prisoner has applied for a Gender Recognition Certificate they will be housed in a women’s prison in accordance with Prison Rules 12(1) and the GRA2004.

This means GRC holders end up in women’s prisons. In English and Welsh prisons a GRC is a golden ticket to access women. Scotland will be giving them out to any Scottish prisoner who wants one.

The Scottish Government is now cynically exploiting a bureaucratic oversight to shame the UK government into accepting self-ID south of the border.

It claims that the UK already accepts self-ID from other countries so it should do the same for Scotland.

The GRA2004 allows people from overseas to get given a UK GRC if they have already obtained a GRC from their own country. A list of eligible overseas countries was drawn up in 2005, last updated in 2011. To get on the list the country, territory or state must have a GRC process that is “at least as rigorous” as the UK process. This mean no self-ID countries.

The 2011 list (The Gender Recognition Approved Countries and Territories Order 2011) is now out of date and lots of the countries which once met UK standards in 2011 have now fallen below them and need to be removed from list. Unfortunately, the housekeeping scheduled for 2016 got forgotten and lots of self-ID countries remain on the list erroneously today.

12.1 The Ministry of Justice keeps changes to international gender
recognition systems under continual review and expects it will be necessary to
explore updating the list of approved countries and territories within the next 5
years.

Scottish ministers are now openly exploiting this bureaucratic oversight. In a letter to the EHRC on 1st December the Scot Gov wrote:

Our view is that they [UK gov] should recognise certificates issued in Scotland but that is for them to decide as for any other jurisdiction. As you know, under the current system, some of those who have obtained overseas legal gender recognition can apply in the UK by providing evidence of having changed gender under the law of an “approved country or territory” and are not required to provide any medical evidence. This route is available to persons in many countries including those that have introduced similar reforms to those proposed in Scotland such as Belgium, Denmark, Iceland, Luxembourg, Malta, Norway and Switzerland. Legal gender recognition on the basis of self-determination has therefore been recognised in the UK from many other jurisdictions over a number of years.

And SNP activists are now amplifying this false narrative in an attempt to force the UK’s hand.

If UK Gov is arguing that they don't want to recognise Scottish GRCs if the system is based on self-determination then logically they ought to apply the same principle to every country with this system. Otherwise it looks a lot like spite.

The Scottish Government is forcing self-ID on Scottish women and girls. Don’t let them do the same to you in England and Wales.

Tell Rishi Sunak and Kemi Badenoch they must take action. They must get the overseas list updated inline with UK policy and say a clear NO to Scottish Self-ID in England and Wales.