You are here: Home / Judicial Review / Scottish Government In Court on 2nd February Over Unlawful Definition of “Sex” In Census 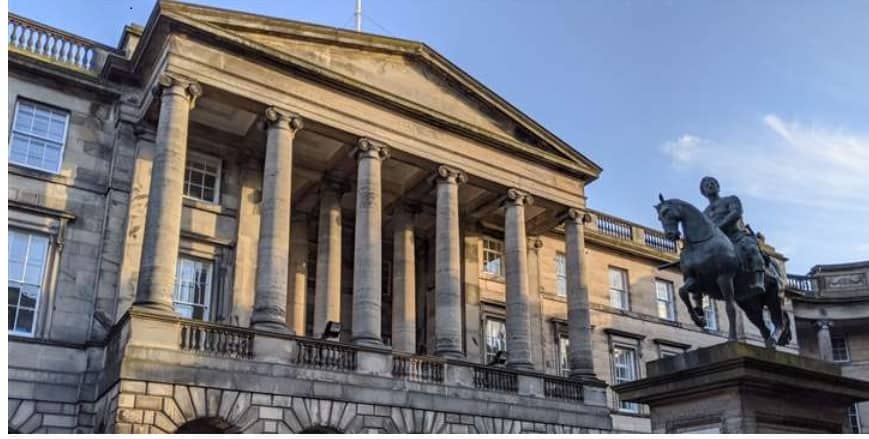 The Scottish Government must go to court to defend its decision to change the meaning of “Sex” in the Scottish Census.

The Court of Session in Edinburgh has accepted Fair Play For Women’s petition for a judicial review into the guidance accompanying the ‘sex question’ on the Scottish Census and has set a hearing for February 2nd.

National Records of Scotland (NRS) operates the Scottish Census under the leadership of the Registrar General for Scotland; the Guidance was published with the knowledge and approval of the Scottish Government.

The unlawful Scottish guidance includes the fact that people may self-identify when answering the sex question in the census. It says “If you are transgender the answer you give can be different from what is on your birth certificate. You do not need a Gender Recognition Certificate (GRC)”.

The English High Court ordered similar guidance produced by the Office for National Statistics (ONS) to be taken down just days before Census Day for England and Wales in March 2021.

“There is now a separate question specifically for transgender people to register their identity in the Census. There is no need to answer the question about sex with a gender identity too”.

The Census Act 1920 is a Westminster statute with application across Scotland, England, and Wales. The 1920 Act permits the holding of censuses and includes “sex” as one piece of information that must be asked. In its petition for judicial review Fair Play For Women argues that:

“What is meant by “sex” in the 1920 Act is a matter of statutory interpretation, and as such a question of law. There is no provision currently recognised in law that permits any form of self-identification to affect one’s legally registered sex.”

“the Guidance authorises and approves conduct which could amount to an offence under the 1920 Act. The Guidance is therefore unlawful and should be reduced as sought by the petitioner”.

National Records for Scotland have so far refused to withdraw the guidance insisting it is not unlawful and ignoring the findings of the High Court earlier this year.

“NRS consider that the published guidance relating to Scotland’s Census 2022 in its current terms is not unlawful, and that the section relating to the question of “what is your sex” will not be withdrawn and re-worded.”

“There are huge differences between males and females in the UK, in critical areas such as crime statistics. That’s why accurate recording of sex matters. The High Court in England backed our position and we are confident that the Scottish court will see it the same way.”

“The ONS wasted over a hundred thousand of pounds of tax payers money in a desperate attempt to defend their unlawful position in court. It is beyond belief that the Scottish Government is now repeating this reckless act and forcing ordinary members of the public to go to court once again”.

“Extreme gender ideology is deeply embedded within the Scottish Government, and promoted at the highest levels including the First Minister. Winning this action will constrain the Scottish Ministers’ pursuit of their ideologically-driven agenda with no regard for Scottish women or long-standing UK laws. Pressing on with an unlawful definition of sex in the Census is a political act that is particularly harmful to women and girls in Scotland. We will not standby as the meaning of sex is erased”.

The NRS has defended its decision by saying  “This guidance is the same as that discussed with the Parliament when the census legislation was agreed.  However, in 2019 Scottish Minister, Fiona Hyslop had placed an amendment before the Scottish Parliament to expand sex to include “and gender identity” but was ultimately unsuccessful.

During pre-legislative scrutiny the parliamentary committee said “the way the term ‘gender identity’ has been used in the Bill has created confusion and a perception that “sex” is being conflated with “gender identity”. It was removed from the bill leaving the mandatory sex question unchanged. The NRS has recently confirmed “there is no intention to introduce further legislation for the 2022 Census”.

“What is meant by “sex” is a question of law – and not simply a matter on which the Scottish Ministers can simply take a view. If Nicola Sturgeon wanted to change the definition of sex in the Scottish Census she should have convinced her own parliament its the right thing to do. Her Ministers tried but failed to do so”.

“She does not have the power to make up her own definition and force it through regardless. That’s not how democracy works. We are bringing this legal action to defend the rights of women and girls in Scotland”.

In addition to the longstanding question “What is your sex?” the Scottish Census will, for the first time, have a separate question that asks  “do you consider yourself to be trans, or have a trans history?”

“I welcome the addition of a new and discrete question about transgender identity. The trans community should be counted and that information is important and useful. Accurate data on sex is also important, particularly for women and girls. There is no good reason why both questions should be used to record gender identity.”

“Sex and gender identity are different characteristics and should not be conflated in data collection. Everyone has a sex in law, including transgender people and both piece of information should be captured by the Census”.

For more information go to https://fairplayforwomen.com/fair-play-for-women-launches-judicial-review-over-sex-question-in-scottish-census/