The results of the Scottish consultation have now been published. There was a very high number of responses with submission by over 15,000 members of the public (49% Scottish, 38% England, Wales, NI and 13% non-UK). 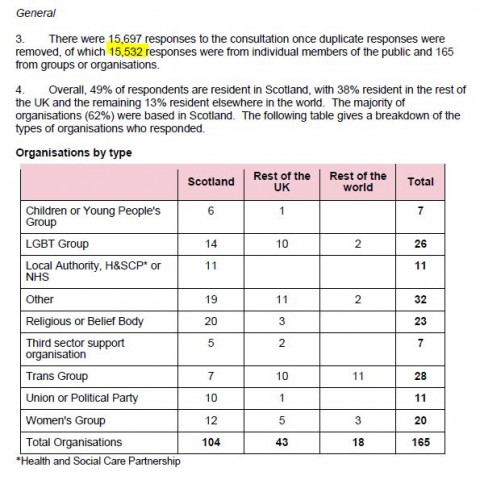 Despite almost no media attention and extremely low public awareness of the consultation in Scotland over 5000 responses were against sex self-ID. This represented one third of all responses.

However, the majority of responses supported the changed proposed by the Scottish government.

A similar majority also supported reducing the age down to 16 years and below. 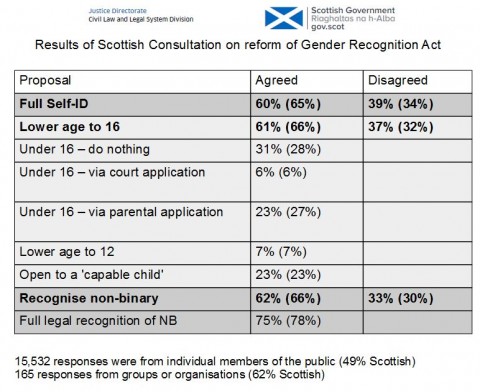 The Scottish government is yet to bring forward a draft bill on GRA reform.