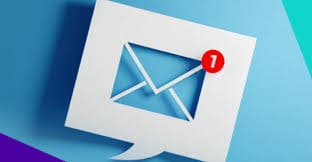 Many people are worried that the current UK government conversion therapy bill could reduce support for gender-dysphoric children to a simplistic affirmation and transition approach. Yet many such children and young people have other mental health issues, past experiences or good reasons why they fear growing up as the sex they were born; it cannot be a crime to explore these other factors rather than affirm and medicalise unhappy young people. Many people who oppose gay conversion therapy have concerns about the inclusion of so-called gender conversion therapy in this way. The public consultation closed in February 2022, after we forced an extension by threatening legal action. But it’s not at all certain that those in government promoting this bill will pay attention to that. Whether you responded to the consultation or not, writing to your MP on this issue is a good step to take. They need to know that the draft bill is not good enough to protect young people from harm. Sex Matters have a suggested letter to MPs on conversion therapy that makes it quick and easy.

If you’d like to take action, email or write to elected representatives, and to those in positions of authority who can influence policy that matters to women and girls.

Other people in authority, such as:

We have provided templates collating the facts and addressing the impacts on women, across a range of topics. Choose what matters most to you and, where it’s relevant, what is within the remit of the person you’re targeting. Education policy generally falls under county councils, for example. You can write to your MP about any and all of the issues that concern you.

Will it make any difference?

You may wonder what can be achieved by writing and what response you can hope to receive.

First, believe it or not, there are still many people who are barely aware of this issue, or who have understood it as only affecting trans people. Hearing the impact on women and girls can be a revelation to them.

Second, we’ve been told that those in authority who have similar concerns find it very helpful to know that they are representing others, as well as themselves, when they ask questions and challenge policy. Your correspondence legitimatises that questioning. We are also seeing members of the House of Lords becoming alive to this issue and speaking up. They will welcome your support.

Finally, even someone whose position seems entrenched needs to hear that this is matters to voters, and that other views are strongly held. Through feedback we know that it can make a difference when local MPs/MSPs, councillors and others hear from constituents that this is an important electoral issue.

Whatever response you get, email again if you aren’t satisfied. Or if you see or hear of something else you want to bring to their attention, contact them again. It may take a few emails before they register the weight of your concerns, so don’t let them off with just one!

You may receive a personal response in reply, but often you will get a standard template response, or no response at all. Do not be disheartened. Together the registering of many voices across the UK makes it harder to be ignored.  If you are offered a meeting, take it! You don’t need to be an expert in the law. It is enough that you know there is a problem. A meeting is an excellent opportunity to reiterate your concerns, and to show that ordinary people are worried.

Find the contact details of those elected to represent you:

The templates can be adapted to include your personal experiences and circumstances, or you can simply send under your name to your choice of recipient.  They contain the essential facts in understanding the risks and impacts of changes in transgender policy and practices on women and girls.

We wrote to the United Nations Commission on the Status of Women to raise our concerns about how women’s rights are being infringed, and our freedom of speech curtailed, by trans ideology and demands, and by policies informed by trans activism. It’s a useful general letter which you could use in full or in part with your MP or elected representative in the Scottish parliament, Welsh Senedd or Stormont if you’re in Northern Ireland.

This is often the issue that helps people understand the problem, because it’s simply about bodies and nothing else. It’s also not just about elite or professional sport; the choice to enjoy and be active through sport should be open to everyone. Here is an email to explain the issues.

Write to the people who govern your sport

Write to your MP about fairness for females in sport

Fair Play For Women first raised this problem in 2017. Dr Williams was the first in the UK to do so on television. Despite the recent judicial review confirming that there are conflicting rights here, it has still not been solved. We need to keep the pressure up. This is one to raise with MPs in Westminster, and with elected members of the Scottish, Welsh and Northern Ireland assemblies.

Many people are concerned about the conflation of sex and gender identity within the NHS.  It is understandable that some women prefer intimate medical care from a female practitioner or that most people are more comfortable with single sex wards. We know the majority of people feel strongly about this issue and in response we have written this letter which you can send to your MP/MSP or local NHS trust.

We are often told just to be kind and let others use the facilities of their choice. But this has an impact on others who lose the facilities of their choice, namely female-only. We believe their needs and feelings matter just as much, and are just as deserving of kindness and consideration. Single-sex provision exists for good reasons, and does not have to be justified: it is expressly listed as permitted within the Equality Act to segregate by sex in these situations (among others). Here is an email about so-called gender-neutral facilities.

The erosion of the word WOMAN

Mainstream media are now full of stories documenting the removal of the word woman in exchange for ‘Menstruator’, ‘Chestfeeder’, ‘Uterus-owner’, while ‘man’ seems immutable.  Who does this really benefit? This email is most suitable for MPs and other law-makers in the regional governments.

Media reports of male crimes as being by women

We have been pointing out to the news media and their regulators for a while that it is extremely misleading to report a male’s claimed female gender identity as if he were of the female sex. If you share our concern, point it out whenever you see it, using this template.

You may want to use some of this submission to the UK parliamentary joint committee on human rights, along with the specific examples given in the general concerns letter to the United Nations Commission on the Status of Women.

Sex self-ID in Scotland will have consequences for everyone in the UK, as explained in this article. You may want to add some of these talking points to your emails or conversations.

Have a look at our submissions to UK government consultations and UN enquiries, where there is information, data and references on these topics and others including how women are being silenced on this issue.

If you can’t find the area of your concern listed here, have a look at one of the other campaign groups, or feel free to contact us at Fair Play for Women.

Fair Play For Women receives no government funding for our work. We completely rely on supporters’ donations. Thank you for supporting us and for taking action.