There is a great deal of misinformation surrounding the impact of transgender issues, both on trans people themselves and on women and girls. This clouds the debate and gets in the way of properly understanding the risks and the impact of changes in policy and practice. Here we provide some essential facts to inform the debate, and call out some of the myths.

What’s the difference between transsexual and transgender?

What is gender dysphoria?

What happens when someone transitions?

What does cisgender mean?

What does non-binary mean?

What is a terf?

What is the cotton ceiling?

When the Gender Recognition Act of 2004 was introduced, it was envisaged that only a small number of people in the UK, maybe around 5000, would need to use the act to change their legal sex. By 2018 fewer than 5000, mostly men, had done so. But the idea of being “trans” has been redefined, such that Stonewall estimates “around 1 per cent of the population might identify as trans, including people who identify as non-binary. That would mean about 600,000 trans and non-binary people in Britain”.

Where did all these others come from? From a much wider definition, one which is not connected to medical need or indeed to a full-time identity. Stonewall defines trans like this: “An umbrella term to describe people whose gender is not the same as, or does not sit comfortably with, the sex they were assigned at birth. Trans people may describe themselves using one or more of a wide variety of terms, including (but not limited to) transgender, transsexual, gender-queer (GQ), gender-fluid, non-binary, gender-variant, crossdresser, genderless, agender, nongender, third gender, two-spirit, bi-gender, trans man, trans woman, trans masculine, trans feminine and neutrois.”

The facts are these. Scientists agree that everyone is either male or female, including people born with an intersex condition, also known as a DSD (Disorder of Sex Development). Our sex is observed, not assigned, at birth. Few of us believe that defines our personality, or should determine our career choices. Gender is often used as a polite word for sex, but we use gender to mean the socially-imposed norms of behaviour associated with each sex. Naturally many people, male and female, reject those. We do not believe anyone needs, or is helped by having, a gender label. Everyone should be free to dress, behave and live as they wish. They are still male or female. The Stonewall definition includes many people who have no gender dysphoria, no intention to make changes to their bodies, and who insist therefore that a penis can be female. Part time cross-dressers are also considered trans, meaning they demand the right to access single-sex spaces according to how they are dressed on any given day. This is why the trans rights issue creates conflicts with the established rights of women and girls. More on who is trans.

What’s the difference between transsexual and transgender?

Transsexual people have severe gender dysphoria and have what we used to call “sex change surgery” on their genitals. They are a very small group in the UK, estimated to be a few thousand people, for whom the original Gender Recognition Act was designed. Many transsexual people have also spoken out against sex self-ID. Transgender is a broad umbrella term that includes anyone whose gender identity doesn’t sit comfortably with their biological sex, including cross-dressers. Most transgender people only undertake a social transition, with some also taking cross-sex hormones to change the appearance of their body. Some transgender people also have cosmetic surgery, such as breast implants, but almost always retain their birth genitals. This is a very large group of people, currently estimated to be up to 1% of the UK population and growing. Many transgender people do not have gender dysphoria and are currently not eligible for a legal transition.

What is gender dysphoria?

Gender dysphoria is a medical diagnosis, made when someone is experiencing discomfort or distress because there is a mismatch between the sex they were born and their own sense of their “gender identity”. Many transgender people don’t have gender dysphoria, and very few want or need any treatment to alter their body. In fact, it’s estimated that only one in five transgender people have any medical treatment at all. Even fewer have genital surgery.

What happens when someone transitions?

Transition used to mean a medical transition. This is where someone changes the appearance of their body to resemble more closely the sex they feel themselves to be. This is normally done by taking cross-sex hormones and sometimes by having surgery. Someone must be diagnosed with gender dysphoria before they can get a medical transition on the NHS. Some treatments are only available privately. The most common surgical changes are breast implants, cosmetic facial surgery and hair removal for people who were born male to look more like women, and breast removal for people who were born female to look more like men. Surgery to change the appearance of the genitals is extremely rare. Most self-declared transwomen keep their penis.

In recent years, social transition has become much more common. Nowadays the vast majority of transgender people change their appearance only through clothes, hair styles and name changes. Everyone is free to make these changes, including children. There is no requirement for a diagnosis of gender dysphoria or even to see a doctor or have any treatment. A social transition like this is all that’s needed to be seen as transgender in the eyes of the law, and to be protected from discrimination by UK equality law and hate crime legislation. Under current UK law it does not entitle someone to be treated as a member of the opposite sex.

A legal transition is where someone changes their birth certificate to say they were born the opposite sex. Currently, someone must have a diagnosis of gender dysphoria before they are allowed to make this legal change but they don’t need to have any medical treatment or surgery. The Government has suggested it may scrap the requirement for a diagnosis of gender dysphoria, and powerful transgender lobby groups want parliament to legalise an on-demand process known as sex self-ID. This process would allow any man, transgender or not, to sign a form and get a new birth certificate saying he was born female, with no checks and balances. It would make it easier for transgender people to change legal sex, but it would be bad law and open to abuse. There are already many examples of sexual assaults by self-declared transwomen. See the impact on women in these short films.

Gender is often used as a polite term for sex, but they are not the same. Sex is biological. We are all born male or female. Even people with DSDs (disorders of sexual development, aka intersex) are one or the other. Gender is a social construct, suggesting that each sex has its own typical set of behaviours, personality traits, preferences, clothes, even toy, book and career choices. As humans we are programmed to spot who is male and who is female, regardless of how they are dressed. People wishing to present as the opposite sex typically adopt sex stereotypes to signal their change. This does not change their sex.

What does cisgender mean?

Cis is a term used by trans rights activists as the opposite of trans – if you are not trans you are cis. They say cis gender people are comfortable with the gender (or sex) they were “assigned at birth”. We say that no one’s sex is assigned at birth; it is determined in utero and observed at birth. No one is assigned a gender role at birth either. Gender, or sex-based, stereotypes evolve over time, and many people are uncomfortable with them. We reject the idea that anyone is wholly accepting of a set of sex-based constraints on their personality, behaviour, and role in society. Therefore we would say that no one is cis gender. People are simply male or female, with their own individual personalities and preferences.

What does non-binary mean?

Some people claim to be neither male or female, or to have aspects of both, and call this non-binary (among other terms such as genderqueer or agender). It is true that few people wholly embrace the gender stereotypes associated with their sex. However, this has no impact on their underlying biological make-up. Therefore one may be non-binary in a gendered sense – indeed, we all are – but not by sex. A person may be masculine or feminine or in-between, but they are still either male or female.

Autogynephilia was defined by an American psychologist, Dr Ray Blanchard, as “a male’s propensity to be sexually aroused by the thought of himself as a female”. (Auto = self, gyne = woman, philia = love.) It is believed by many to be a trigger for male to female transgender behaviour, sometimes limited to cross-dressing and sometimes progressing to the desire to occupy the female identity full-time, and make a social and sometimes medical transition. Trans rights activists tend to reject this idea.

TERF is a derogatory term that stands for “trans-exclusive radical feminist”. It originally simply meant feminists who did not accept as female a man who transitioned from male to female, whether legally or medically. By the same token, these feminists say that a female who transitions to be a man is still female, so they don’t exclude trans people from their feminism, only male people.

However it has become a term of abuse, used to label women who raise concerns about the erosion of the legal rights of women and girls. This includes questioning the proposed reforms to the GRA to include self-identification, or challenging the use of gender identity in place of sex in determining who has access to single-sex spaces, or querying whether transwomen (male-bodied people who identify as women) should be in women’s prisons and participating in women’s sport.

This has been used to justify verbal and sometimes physical abuse of women by trans right activists (who are not necessarily transgender themselves, though some are).

You can read more about how women have been silenced.

What is the cotton ceiling?

The “cotton” refers to underwear. The term was coined by a Canadian trans-activist and porn star Drew DeVeaux, to refer to the fact that while male-to-female transitioners (“transwomen”) may be treated as women in daily life, they are not regarded as such for relationship purposes. While originally a challenge to heterosexual men for not accepting transwomen as female partners, it has more recently become a challenge to lesbians, for the same reason. This is because of the huge rise in male to female transition among heterosexual men who keep their male genitals, call themselves lesbian and seek relationships with women.

Other recommended sources of evidence-based information: 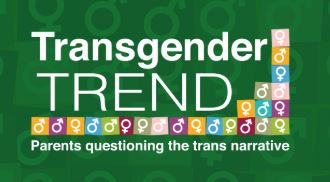 Trans Fact Checker – the reality behind the myths 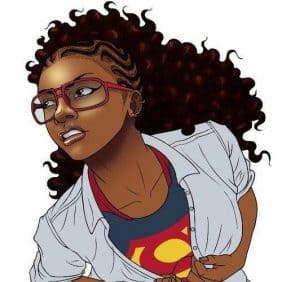