You are here: Home / Guest posts / Pronouns are Rohypnol 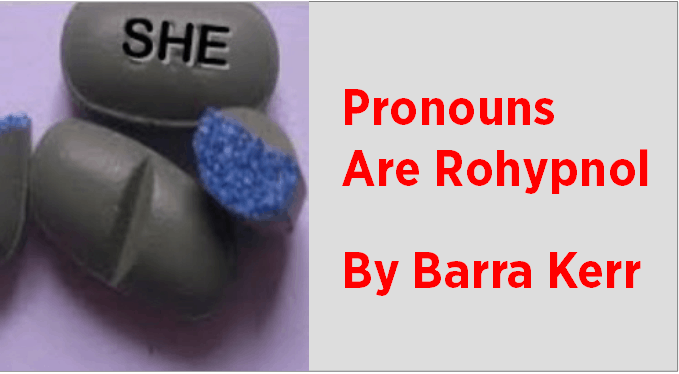 This is a thought provoking article looking at the psychological impact of using preferred pronouns. It was originally posted on Mumsnet and the author received a 7 day ban and the post removed. It was then hosted on Medium and once again taken down. It is important we have access to different ideas and opinions and we all need and deserve the opportunity to come to our own conclusions on issues such as these.

We are happy to host this article as a guest post, with kind permission from the author.

Pronouns are Rohypnol – by Barra Kerr

There’s a lot of chat around about pronouns right now. Specifically, ‘preferred’ pronouns. By which is usually meant, the pronouns a person would prefer other people to use when they are the subject being discussed by those people.

‘This is how I want you to talk about me’.

Almost without exception, the people who request, or demand, others talk about them using specific pronouns, are asking for pronouns associated with the opposite sex to their own.

A simple politeness. A courtesy.

I’ve heard many people tell me they don’t mind doing this, as a courtesy, although it takes some effort to keep up the mental gymnastics of perceiving one sex, but consistently using pronouns for the other. That’s a personal choice, and I respect the reasons why some people make it.

I’ve also heard many people declaring that anyone who won’t comply (usually directed at a woman) is obnoxious, mean, hostile, and unpleasant. ‘Misgendering’ is hate speech. They say.

But I refuse to use female pronouns for anyone male. Because pronouns are like Rohypnol. 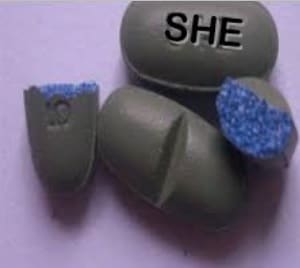 One of the biggest obstacles to halting the stampede over women’s rights is pronoun and preferred name ‘courtesy’. People severely underestimate the psychological impact to themselves, and to others, of compliance.

You doubt this absurd claim I just made, obviously. You have the fortitude of mind to be uninfluenced by such trivia, and I have got this wrong. I understand. Bear with.

And try this quick experiment.

1) The cost of USING preferred pronouns yourself:

Have you heard of the STROOP TEST? 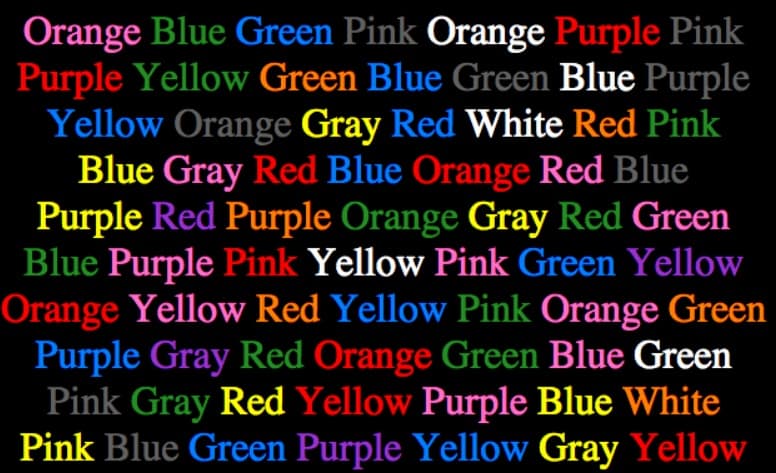 It’s a well known “name that colour” psychological phenomenon. A quick and simple experiment where you have to say the colour of the words written in front of you. Simple as that. Except the speed and accuracy of your answers is heavily impacted by any incongruence between the colour you see, and the actual word itself.

Try it HERE, if you like fun interactive tests. It takes less than a minute to complete. Compare the difference in your times between part one and part two of the experiment.

You’ll find you have to consciously fight the conflict of input to your brain each and every time. And it leaves you confused, distracted, slower, frustrated and fatigued.

Forcing our brains to ignore the evidence of our eyes, to ignore a conflict between what we see and know to be true, and what we are expected to say, affects us.

USING preferred pronouns does the same. It alters your attention, your speed of processing, your automaticity. You may find it makes you anxious. You pay less heed to what you want to say, and more to what is expected of you. It slows you down, confuses you, makes you less reactive. That’s not a good thing.

2) The cost of HEARING or READING preferred pronouns from others:

Try this next experiment. For a week, re-translate all the transgender articles and comments you find, back to sex-based pronouns, nouns and original names. Rewrite them back to the blunt truth and then read them again. Doing this exercise solely in your mind will do just fine, but editing on a screen is better.

Convert female pronouns back to male; use surnames instead of first names, and convert terms like transwoman back to just ‘man’.

Better yet, if you know the original name of the subject, use it, be it David, or Rhys, or Ashton, or Jonathan.

A rose by any other name would smell as sweet, yes? It shouldn’t matter. No-one else will be hurt or affected by this private experiment. It’s entirely between you, and your own resilient mind.

(Try not to get banned from anywhere during this experiment)

If those small acts of preferred pronoun compliance are truly meaningless concessions, (although, see above banning potential for contradictory evidence of import) given as a courtesy to others at no cost to you or to other women, then this private exercise will change nothing, cost nothing, affect no-one. You’ll walk away thinking, yep, as I thought, fuss about nothing. 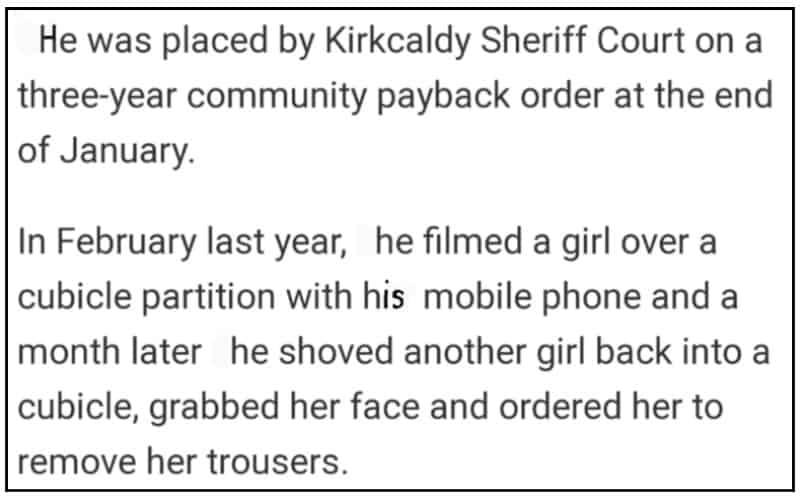 After all, nothing *should* change, should it, simply with the alteration of pronouns and names? You already know the actual sex of the subject you’re reading about. Pronouns, male or female, add no incremental information. How can they in any way alter your perception, or influence you when you already know all the facts? They’re an irrelevance, the easiest concession to make. Not worth consideration, inconsequential. Right?

Cognitively, you should be immune to the effects of such linguistic cross-dressing. Pronouns are irrelevant, so you concede them easily, because they have no power to influence you, since you already see clearly. Yes?

[And you can confess here, it’s OK. You may already think that the minority of women who refuse to comply with pronouns are just awkward buggers, who can’t think strategically, don’t know when to let it go, probably are extremists. Do themselves no favours, damage their own ‘cause’, even. Unreasonable.]

But try the experiment. Translate pronouns and references back to male. Insert ‘dead-names’ or use surnames. (No-one will know but you) Read it a second time. And be honest with yourself.

Do you feel differently, on reading it this way?

Do you react differently?

Do you feel more scared?

Is your sense of injustice alerted?

What level have your natural defences armed to?

You may discover that, despite yourself, you have a viscerally different reaction to what is before your eyes.

They dull your defences. They change your inhibitions. They’re meant to. You’ve had a lifetime’s experience learning to be alert to ‘him’ and relax to ‘her’. For good reason. This instinctive response keeps you safe. It’s not even a conscious thing. It’s like your hairs standing on end. Your subconscious brain is helping you not get eaten by the sabre tooth tiger that your eyes haven’t noticed yet. 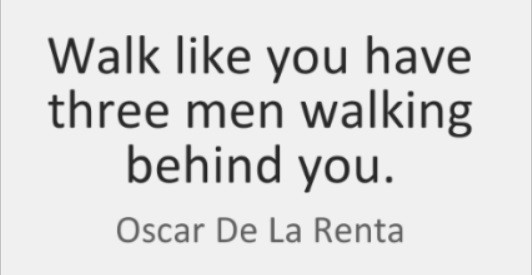 Incongruent pronouns also make your brain work much harder; not just when you are using them, but when you are receiving them as information. You are working constantly to keep that story straight in your head. Male or female? Which one, again? Concentrate harder. Ignore your instincts, ignore your reaction.

And that’s just you. You’re already aware of all the pertinent information, already alert, you know the score, no flies on you.

And you’re still affected emotionally and instinctively by incongruent pronouns, nouns, and names. Despite your efforts to be immune. You’re not immune to this effect. You can know perfectly the actual sex of a male person, and yet you will still react differently if someone calls them she instead of he.

So what then, is the impact on everyone who isn’t even aware yet, hasn’t fully comprehended yet what’s going on?

They change our perception, lower our defences, make us react differently, alter the reality in front of us.

They’re meant to. They numb us.

They confuse us. They remove our instinctive safety responses.

If you do this experiment you may still decide to accept or use female pronouns for male people, perhaps a little wiser, but cognisant of their influence on you and others. That’s a choice you may make. At least now you understand that you may be voluntarily suppressing your own natural response. Your eyes are more open.

Maybe you’ll continue to mentally translate ‘preferred’ pronouns and names in your head back to reality, every time, as I do. We give ourselves the best chance to understand the reality of the situation before us. It becomes easier with practice. I want my instincts as intact as possible.

Maybe you shrug. You can live with this little phenomenon. Or it didn’t work for you, you don’t see it.

But please. Don’t judge so harshly those of us who refuse to submit, refuse to comply with preferred pronouns. There are good reasons why we might be doing that, for our own sakes, and for the sakes of others.

I want to be alert. I want others to be alert. I want people to see the real picture, and I want those instinctive reactions that we feel when something is wrong, to be un-blunted, un-dulled by this cheap but effective psychological trick. I feel like I owe this to myself, and I absolutely owe it to other women.

And more than anything, I owe this to girls. I don’t want to play even the tiniest part in grooming them to disregard their natural protective instincts. Those instincts are there for a reason. To keep them safe. They need those instincts intact, and sharp.

And that’s why I won’t use preferred pronouns.

Using Rohypnol on others isn’t a courtesy.