You are here: Home / Science and statistics / The vast majority of male-born transwomen still have a penis 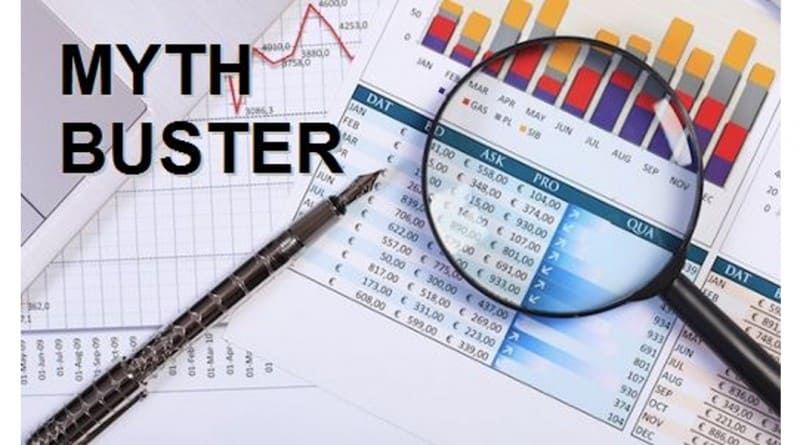 How big is the transgender population in the UK?

There is no robust data on the number of trans people in the UK. Data on gender identity is not collected in any government social survey. However, estimates are in the region of 1% of the UK population identifying as transgender.

How many transgender people legally transition?

The number of Gender Recognition Certificates (GRCs) that have been granted since 2004 is 4,910 (June 2018). Three quarters are owned by male-born transgender people and mostly aged 50+. Based on prevalence estimate of 200,000-500,000 trans in UK this means only 1-3% of trans people have changed the sex on their birth certificate. The overwhelming majority of trans people remain legally the sex their were born. 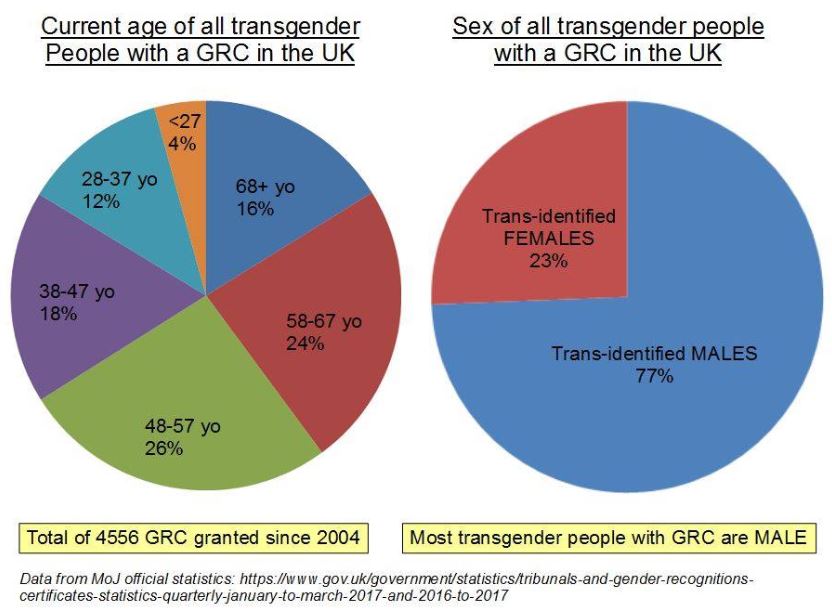 How many transgender people medically transition?

In 2011, GIRES estimated that only 20% of the UK transgender population were likely to seek medical treatment for their condition at some stage. Based on a UK trans prevalence of 1% and assuming a 50:50 split of males and females that means there are 200,000 male-born transgender people in the UK will no body modifications whatsoever. Of the 50,000 trans-identifying males that do seek medical treatment most of these would be expected to be undergoing hormone treatment and/or breast implants. Only a very small proportion of this 20% will have genital reconstruction surgery.

In 2016, a meta-analysis of 27 studies estimated a rate of approx 10 per 100,000 of the population (0.01%) have a transgender diagnosis and/or surgical or hormonal treatment. In contrast 355 per 100,000 of the population(0.35%) self-identity as transgender. This means only 2.8% of the transgender community is undergoing any gender-affirming treatment with the vast majority 97.2% simply self-identity with no modifications to their sexed body whatsoever.

No one knows for sure how many transwomen keep their penis, but there are fewer than 10 surgeons in the UK who can undertake the relevant operation. Even if they each performed one operation every single day this would still only represent an absolute maximum of 3,500 surgeries each year. The actual number performed is likely to be very much smaller than this. An estimate of just a few hundred operations each year would not be unreasonable.

There is also data available from the US HERE showing that genital surgery is very rare. In this study (sampling 20% of all outpatient hospital discharges in the US) there were only a few hundred genital surgeries performed each year. (205 in 2012, 250 in 2013, 345 in 2014). This suggests that between 1000-2000 genital surgeries were performed across the whole of the US each. If the trans community in the US represents 1% of the US population this means we’d expect there to be in the region of 3 million people identifying as trans in the US. This means less than 0.1% of the trans community undergoes genital surgery each year supporting our conclusion that the vast majority of males who identify as women retain their penis.

We don’t know how many transgender people there are in the UK but estimates are up to 1%. The vast majority do not have a GRC and so remain legally the sex they were born. The vast majority also do not seek medical treatment so retain the anatomy of their birth.

Contrary to public perception the overwhelming majority of male-born transgender people retain their penis and are fully male-bodied.