You are here: Home / Biological sex / Miscarriages in pub toilets. Is gender-neutral ready? 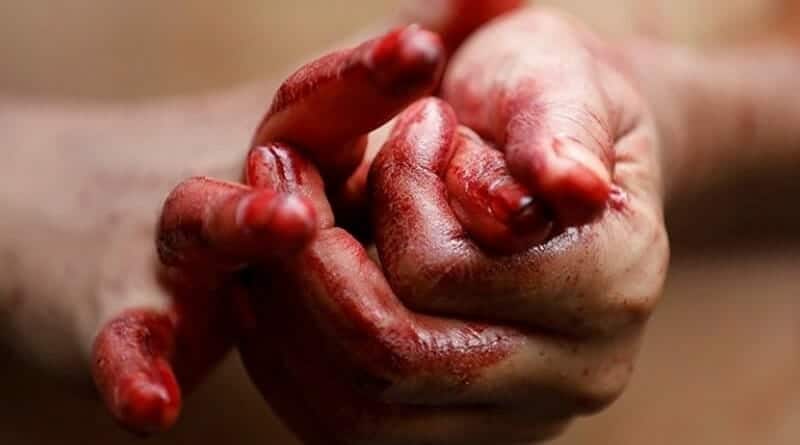 It was at a pub in St Alban’s. I’d been bleeding huge clots for days; the hospital told me my baby had ‘broken up’ – but there she was, a seemingly perfect tiny human, curled on top of the gory wad inside my giant pants. I rested her on my hand and gazed in awe and shock until I’d committed every beautiful, miniature detail to memory. Then I gently wrapped her in tissue, said goodbye and flushed her down the loo.

When my ex (we were there for a reconciliation talk, it didn’t go well) saw me exit the Ladies, he looked terrified. Apparently I was whiter than a live human could be – strange, as I had a good tan, but I believe him. I don’t know what I did next. It was bad enough to make the crowd stand back while he steered me outside. I remember howling. Not screaming or crying; I was doing both but the noise that came out was an endless, ancestral wail. Beyond my control: of course it was. And very loud.

The landlady, who’d missed my tragic moment, came out to tell me to pipe down and clean up my blood in the toilets. She backed away.

“Most miscarriages happen in public toilets”

I don’t have any data on this – it’s often said; common sense supports it. On the telly, miscarriages are rare and occur in a hushed hospital room. The reality is that more one in four pregnancies miscarry, almost always with a lot of blood. That’s nearly a quarter of a million miscarriages a year in the UK. (Miscarriage risk variables) While women go about our daily lives, our bodies go about their reproductive duties. As well as unexpected periods or abnormally heavy ones, we get random hormonal blips (I once flooded in the supermarket – wearing shorts), and we miscarry.

Women bleed so much because humans are exceptionally fertile animals – and pregnancies end in primal responses with yet more blood. A quarter of these will be miscarriages, mainly in public loos.

The vast majority happen much earlier than mine – less than 8 weeks – but they’re all messy. Depending on each woman’s bodily reaction and how badly she wanted to be pregnant, quite a few will be as scarily noisy as I was.

I don’t think the advocates of gender-neutral facilities have a clue about women.

It’s not only miscarriages …

Within minutes, our bodies can bleed through any amount of padding & clothing. We have to dive in the nearest Ladies’ (trying to conceal our nether regions as we go). Once there, we rummage frantically through our bags for tampons, pads & wipes. If we haven’t got them, we have to ask other women or hope there’s a working dispenser in there. We might have to wash our clothes out at the sink and dry them, as best we can, under the blower.
I needed to do this now and again on my way to work. My male boss was not sympathetic.

Mooncup is a brand name for menstrual cups – squishy, re-usable devices that fit inside the vagina to collect period blood. They make a lot more sense than pads or tampons.

Clearly, they need rinsing out. This means you get blood on your hands while removing and emptying it into the loo, then toddle to a wash basin with your mucky cup before toddling back to the loo for re-insertion.

I’m including this information because I’ve recently discovered a lot of men think they only last a few hours! Both trans-identified males and the usual kind seem to suffer this delusion.

As our hormones change throughout the month, they can lead to bladder leakage before and during menstruation. This also happens with a vengeance around menopause. Pregnancy invariably causes incontinence, and so do massive internal injuries from childbirth.
We get UTIs like cystitis pretty often.

Naturally, all this requires the same kind of emergency damage control mentioned above.

Women go to the ladies’ together …

Honestly, their influence can be huge. Men do feel it – at puberty – but the memory fades. Female puberty, stormy as it is, marks the beginning of 30-40 years with a body that’s constantly preparing itself to make babies. Its hormone cycles make us weepy when we’re leaky; bloody-minded while bleeding; euphoric, reckless, decisive and scared.

Crying and raging are better done behind a closed door, in the company of fellow females who get it.

Pregnancy test results; whether to have an abortion; persistent cystitis or thrush; sexist boss; children; partners; parents; money; recent diagnosis; whether to get your pubes waxed; wedding plans … the list goes on.

When men need to talk about their lives, they huddle over a pint or a coffee and get on with it.

It’s difficult for young women to have a private conversation. There’s always some geezer looming over, demanding to know why you beautiful young ladies are on your own – because ‘with female friends, not male’ means ‘on your own’! – and what are you girls talking about? Lots of them even move our coats & bags off the chair and sit down, barging right in to make themselves the focal point. I’ve always been the one who’ll tell them to go away – but some don’t; you have to get another man to move them.

Young women are often too timid to refuse, either through conditioning or a not unreasonable fear that said geezer might kick off.

Being watched by random men isn’t ideal when you want women’s opinions on personal matters. The last thing we need is those intrusive males feeling free to join us in the toilets as well.

A relationship going wrong can involve much anger, shock, despair and lengthy analysis with women friends. Sometimes the other half of that very relationship’s in the group – meaning we need to explain things to the other women in private. Sometimes, abusive partners try to monitor every minute of a woman’s time; the Ladies’ is the only place she gets to speak freely. Men like that will love a shared toilet.

Many’s the time I’ve slunk off to the loos with a friend when one of us was being pestered by some man. We devise escape & deflection plans. Can’t do that if pests are entitled to harass women right into the bathroom.

“Performing femininity” is a lifelong hassle for those of us who were born to fill a role as women. It might be a fun fetish for male-born people, but we’re frequently expected to look attractively polished without ever showing the effort. It’s impossible, of course – everyone knows it. We wander off to the Ladies’ with our pals to adjust, hitch, zip, brush & reapply. Polite company doesn’t want to see all that; it just wants to see the results. So we do it among ourselves.

Two side notes here:
1. I do apply makeup in public (I’m uncouth), and have encountered men with a disconcerting fetish for watching the process. Not all that often, but the idea of some stranger getting his jollies from my social necessity is revolting. I imagine those chaps will be heading to the unisex toilets with great excitement.

2. In films and TV, a woman asking a man to help with her zip or a broken necklace is a come-on. Undercover gropers are really going to enjoy “misreading the signals” when they’re in an enclosed room with a woman fixing herself up – and there’s a lot of those men.

The press is full of men sneering at women’s need for female loos. Men, clearly, know far better than we do – especially about our own lives. PinkNews trivialised & dismissed Loose Women. Plenty more dismissal and ignorance in the Guardian, Huffington Post – almost everywhere, in fact. The Loose Women audience voted 65 – 35 against mixed bathrooms … but we’re only women! We don’t know our own minds, right?

Women do 2½ times more childcare than men. (UK men are the worst in the developed world at sharing childcare.) We take them to the loo with us, we take each other’s kids, and we help out with other women’s children while their mum’s on the loo.

Anyone who thinks that men are suddenly going to step up their parental duties is living in a dream world.

Likewise, anyone who thinks male predators won’t relish the opportunities provided by mixed-access toilets. This applies to both ‘ordinary’ men and trans-identified males.

The Thing About Toilets by Helen Saxby:

As a teenager I would have viewed the buying of a sanitary towel from a machine in the toilets completely unthinkable if boys had been present. In my eyes it would have been tantamount to shouting ‘LOOK AT ME – I’VE GOT A VAGINA!’

It’s worth remembering that there is a large range of female people likely to be using the toilets provided in public facilities: it will include very young girls, teenagers just starting menstruation, women with mental health problems/learning disabilities, pregnant women, victims and survivors of rape, assault, male violence, domestic abuse or child sexual abuse, elderly women, women with physical heath problems/frailty, women suffering incontinence or menopausal symptoms, women of faith or with strong religious beliefs, mothers with babies, toddlers or young children who need the toilet and/or sinks, and women and girls in the middle of a bout of cystitis or thrush. That’s just off the top of my head.

Seeming quite understanding of women’s predicaments – as one would hope – Washware Essentials say:

Very illogically, though, they go on to say that unisex bathrooms will make life easier for women. And, even less logically, that customers can take the unisex opportunity to reduce toilet provision overall!

There we have it: Experts in public toilet facilities understand why women need more & better restrooms, but never mind all that. You can save money by giving them less! And you’ll get kudos points for being right-on! Sorry, ladies.

Both Helen Saxby and Washware Essentials highlight the intense embarrassment many people feel about going to the loo. I know dozens of people who won’t poo at a public toilet, but hadn’t realised that more than four million Brits are afraid to pee away from home. Trying to overcome this will be a heck of a lot harder if members of the opposite sex are likely to be within earshot.

It’s already mortifying to deal with the female body’s periods, incontinence, miscarriages and other ructions when the people there with you are women. I imagine it will be horrific when they’re male. In the same vein, we use the loos for transient counselling and mutual support because these things aren’t accepted in public. Having males in there will make it public …

One small space to be female

If the world outside the Ladies’ was fully accepting of women’s right to privacy & dignity, of our desire not to be stalked and groped, of our naturally unpolished looks and our hormonally-active bodies, then we wouldn’t need those safer spaces.

As it stands, though, the world demands that we hide our ‘mess’ and has given us a small room in public places, where we’re supposed to sort ourselves out.

Having squeezed our private selves into a cramped space, the world now wants men to squeeze in there with us. It’s a bad idea. They won’t be helpful.
Our bodies will carry on being female, but we’ll have nowhere to take care of ourselves.