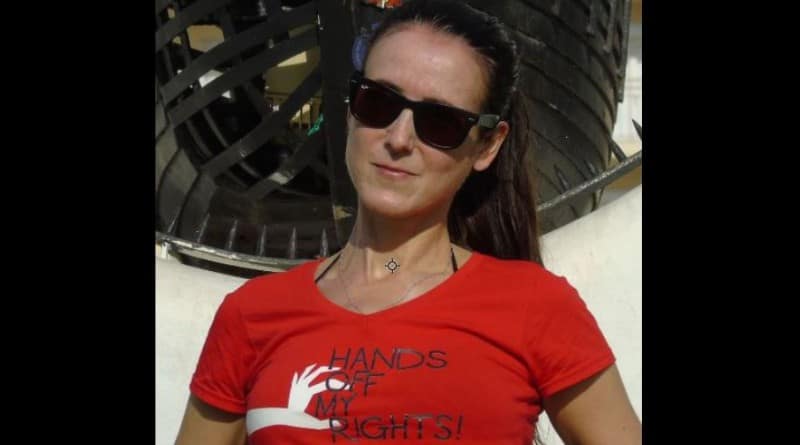 My name is Miriam Elliott and I am a support worker, working with young people.

I recently went out with the Manchester Fair Play for women group leafleting for my second time, the first being at the TUC at Manchester Central! Suffice to say me and my fellow campaigners were less nervous than when we were asked to go to the TUC, but you still get a bit of nerves thinking about the task ahead. Plus it was the usual Manchester weather… you guessed it, rain!

All I can say is the public is behind us! My initial fears soon gave way and our confidence grew. We spoke to so many people – I spoke to women and men of all ages, races and religions, many differing cultures and occupations. Most were wholly unaware of the consultation or of the proposed amendments to the Gender Recognition Act and without exception (for me), all were against sex self-ID, and were horrified when informed!

More interestingly, a significant minority of people had now heard of the issue, especially due to the case in the press RECENTLY about the male-bodied rapist being allowed to live in a women’s prison, but many were also aware of our campaign. I spoke to a woman who works at a women’s prison who took a leaflet and agreed with our concerns, a fellow campaigner spoke to a Human Rights’ Lawyer who could not fathom how little the government was informing the public, we spoke to Muslims, Sikhs, even a Jehovah’s Witness – a religion I was raised in so we had a great chat. JWs have a personal choice whether to involve themselves in political decisions and even she took our leaflet and was going to look into it – it is that important!

We had people actually come up to us asking for leaflets, women saying they follow us on Twitter and thanking us for representing their home town. So many women, especially older ones, were really concerned and again, thanked us for campaigning on their behalf, and for women everywhere. We spent a few hours mixing and talking to the public and, I can honestly say, it was such an inspiring and positive experience. While drinking our tea in the market hall after we discussed how much material we had managed to give away and how much awareness we had raised – we were buzzing with enthusiasm and started planning our next leafleting event there and then!

All I can say to other women who are concerned but reticent (and men, as we had a man with us helping too!) is to get out there and talk to people – we have the public on our side. Most people do not want sex self-ID and can completely see all the drawbacks. Real life is so much kinder and more sensible than the online world and you will gain so much from it, especially with the amazing women you meet. The women I have met through the Manchester Fair Play for women group are all so different but we have come together and it gives me such great hope for the future of our campaign and for our children’s future also.