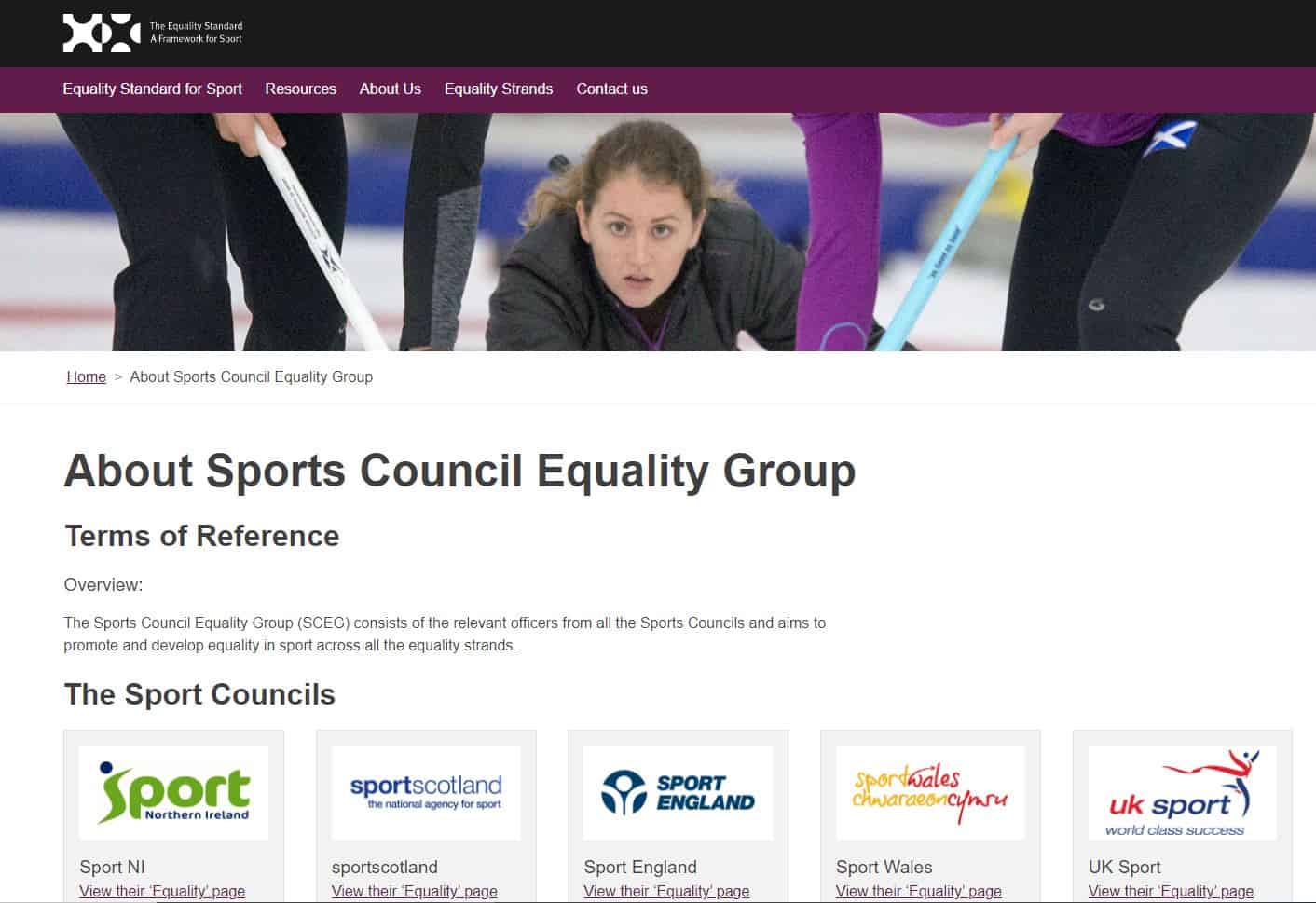 Inclusion in sport is important. Sport needs to be welcoming and accessible to all. But simply giving everyone what they ask for may not end up being the most inclusive option at all. Here we consider what inclusion in sport really looks like, and how the guidance issued by the Sports Council Equality Group (SCEG) can deliver it.

The 2015 guidance: anything goes

Until recently, people who were born male but now identify as women could expect to be in female teams and female competitions without question. The first Sports Council Equality Group (SCEG) guidance, developed in consultation with trans groups in 2015, recommended that trans people should be permitted to participate and compete in the category of their choice. Sport could, it claimed, “balance” inclusion with fairness in female sport. Some UK sports bodies, like cricket and tennis, adopted this guidance on the basis of self-identification alone. Others, following the IOC approach, have a notional requirement for testosterone suppression, but most of these have no mechanism to monitor compliance. It becomes self-ID by default. Even sports that aim for a centralised register of trans players, like football and rugby – where safety as well as fairness are in the mix – do not know whether trans players are registering. Those who want to participate in the female category usually do not want to declare that they were born male. Because privacy and confidentiality for the trans person was prioritised, no referee or umpire can challenge the sex or eligibility of a player who turns up to take part in a women’s event.

That is changing. The new guidance from SCEG, released on 30 September 2021, says unequivocally that this balancing act is not possible:

“the inclusion of transgender people into female sport cannot be balanced regarding transgender inclusion, fairness and safety in gender-affected sport where there is meaningful competition.”

Sports must make a choice

SCEG challenges national governing bodies (NGBs) to now make a choice. Each sport must decide whether to prioritise transgender inclusion into the female sex category at the expense of fairness, and sometimes safety, for female players. Or to prioritise the sporting integrity of female competition and find alternative ways to welcome transgender players into their sport.

This is a stark and difficult choice for sports bodies; great strides have been made to make sport more inclusive not less. Sticking with their existing “inclusive” option may perhaps appear the most attractive way forward. After all, no one wants to be accused of excluding anyone from sport.

The truth is they don’t have to. But they do need to consider this new guidance. The “inclusive” option is, in practice, less inclusive of trans people than the alternative now proposed by SCEG, which is to have Open and Female categories. The principle of personal choice seems inclusive, but the practice rapidly becomes intrusive and limiting. The “inclusive” option requires registration and testosterone management for some semblance of fairness. Here’s what that would look like in practice for the transgender player:

The cost and inconvenience of these procedures runs counter to the intention of being inclusive; they are barriers to participation. In any case, managing testosterone to below a specific level is difficult. Miss one day’s medication, and it may spike. What happens if a testosterone result is too high?

This “inclusive” approach also leaves no place for trans people who cannot or do not want to suppress testosterone. For the growing number of young people declaring as non-binary, there’s also no place. We need clear and simple rules that mean trans people aren’t put into awkward situations.

The real route to inclusion

Limiting sport to Male and Female categories may well be outmoded, but not because sex is a spectrum as some people claim. Sex is a binary; there are only two. We are all born as one sex which lasts a lifetime. Male bodies have many inbuilt advantages, so the simple sex segregation of sport is still essential for females. But there are increasingly people who do not fit. Transgender people born male retain many advantages compared to those born female, but don’t feel they belong in a men’s event. Trans-identifying females who take testosterone won’t have all the advantages of male puberty but by the standards of female sport they are doping. Female detransitioners – natal females who have taken testosterone and then stopped and reclaimed a female identity – may retain some of this advantage. Plus of course there are people who want to avoid being classed as either male or female, however they were registered at birth.

The solution is to ensure there is an open category in sport which is free from restrictions and accessible to all comers, plus a category restricted to those born female. Why? Because otherwise, all sport would be male sport. The world’s best female football teams, the Australia, USA and Brazil national sides, were beaten comprehensively (7-0, 5-2, 6-0 respectively) by club teams of 14 and 15-year-old boys. The average advantage of 10-12% in running events is at the bottom end of male-female performance differences. What does that look like? The SCEG report says this:

“A 10-12%  better performance by a competitor would see Adam Peaty being beaten by half a length in the short-course 100m breaststroke and Dina Asher Smith by 22m in the 200m track sprint. And Sir Mo Farah would be lapped twice in the 10,000m track race.”

Of course, male competitors don’t need their own protected category. In fact, some sports, like rowing and golf, already run Open and Women’s events. It’s just that they mostly look like Men’s and Women’s. So the answer is clear. Those which have a Men’s category should rename it as Open. This works for everyone. It enables everyone to take part. It neither affirms nor repudiates anyone’s identity. That is not the purpose of sport.

The SCEG guidance proposes exactly this: Open and Female. Real work will need to be done in the name of inclusivity to make sport a welcoming place for all genders and none. This will be achieved not by opening up female sport to some born male but by opening up the men’s category to all. This will mean there’s a place in sport where everyone can belong, but there also has to be a separate ring-fenced category for those who have not had the benefits of a testosterone-driven puberty, which confers major, lifelong, irreversible performance advantages.

What does ‘inclusion’ mean in sport? It means removing barriers to participation, creating a welcoming space for anyone who wants to play. Declaring one’s birth sex, and managing a testosterone reduction regime, place a significant burden on the individual. We think that is not the most inclusive way to go. Maximal inclusion is achieved by using sex-segregation only where it matters: for those born female. It’s time for a totally open category in which everyone can play. No declaration, no medication requirements, no testing, no intrusion of any kind. That is how to make sport more inclusive.