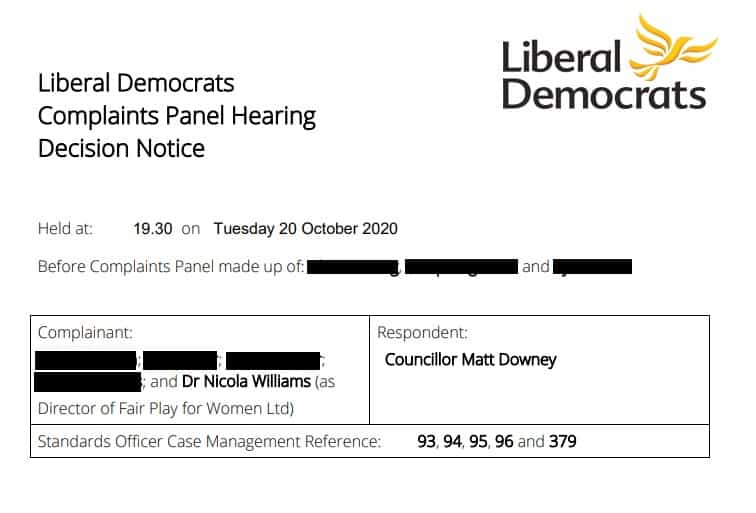 On 20th October 2020 the Liberal Democrats held an official complaints hearing after receiving multiple reports about the unacceptable behaviour of Councillor Matt Downey on social media. 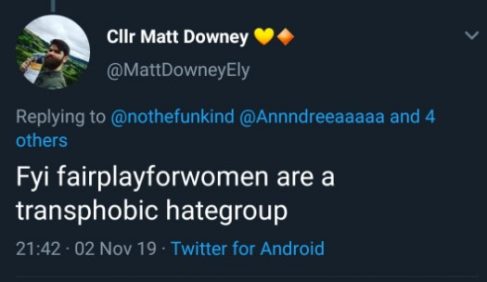 The adjudication panel found Councillor Matt Downey had breached the party’s constitution by failing to treat members of the public with respect. He was sanctioned to make a written apology and was reported to his council group leader for guidance on best practice when using social media in future. Councillor Matt Downey has now deleted the offending tweets and on 8th December we received his written apology.

“I apologise to anyone who feels that my tweets asserting and defending trans rights were dismissive.” Councillor Matt Downey. Councillor for Ely East (East Cambridgeshire District Council & City of Ely Council)

The issue before the Panel was whether Councillor Matt Downey had brought the party into disrepute and specifically whether he had breached the standards set out in the Federal Party’s Constitution. There had been five separate complaints made about Councillor Matt Downey. Two complainants attended the on-line complaints hearing to give evidence, including Dr Nicola Williams, Director of Fair Play For Women. 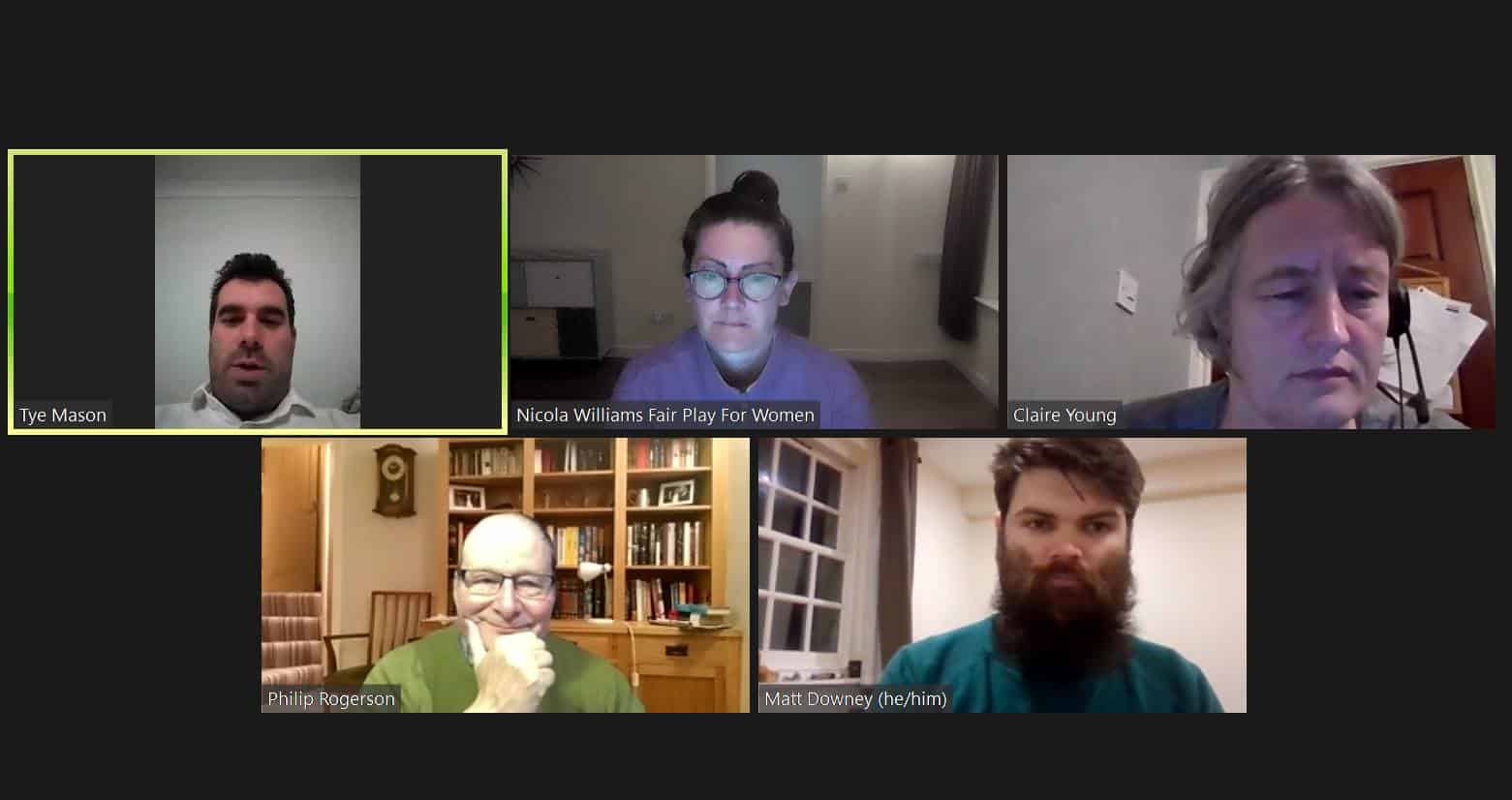 The Panel set out the facts of the case. While using his twitter username “Cllr Matt Downey” he called Fair Play For Women a ‘transphobic hate group’ and referred to other women as ‘terfs’ despite knowing that these terms are considered insulting. 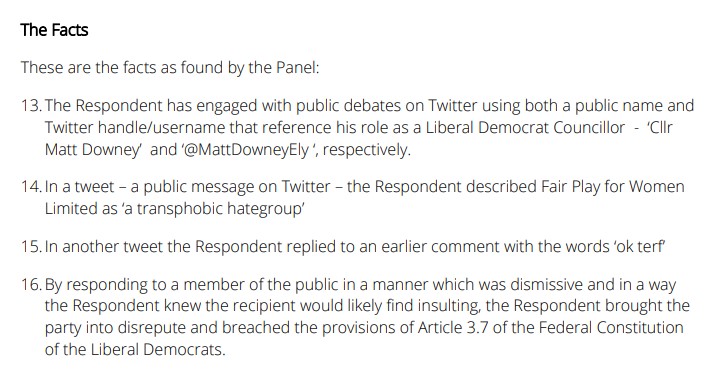 Dr Nicola Williams addressed the Panel explaining that the allegation that Fair Play For Women is a ‘transphobic hate group’ is incorrect and a seriously defamatory allegation to make on a public platform. It harms the reputation of the organisation and herself as Director. The fact that Councillor Matt Downey made these comments using a twitter account where his position as an elected representative is clear and obvious to all means the public are likely to take his comments more seriously.

Councillor Matt Downey said he “stands by his description of Fair Play for Women as a transphobic group because the organisation does not advocate on a range of women’s issues but focuses on opposing trans rights”.

But when he was asked whether he could point to specific instances that justified his description of Fair Play for Women as transphobic. He said he could not but felt “Fair Play for Women’s public comments are self-explanatory”. He argued that the group does not campaign on a wide range of women’s rights but only in relation to issues which deny trans people their rights.

Later in the hearing when Dr Williams was explaining the work of Fair Play For Women to the panel she said “All transwomen are born male and sometimes that matters in policy making”.  Cllr Downey highlighted this as evidence of ‘transphobia’.

After hearing all the evidence the Panel retired to make its decision. 13 days later the decision that the complaint had been upheld was communicated to all complainants. It had been found that Councillor Matt Downey had failed to treat members of the public with respect and he was told to make a written apology within 7 days. 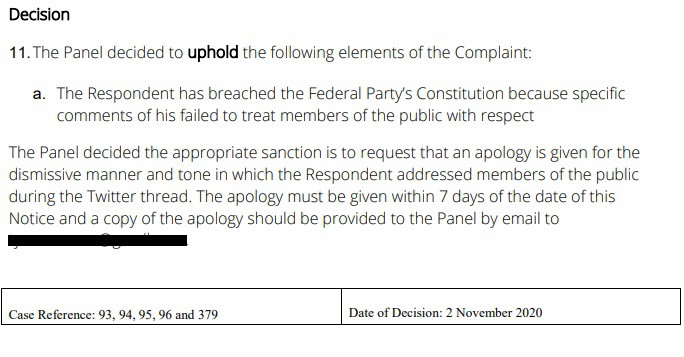 After 7 days the apology had still not been received. After a number of emails to the Lead Adjudicator the apology was eventually received on 7th December,  28 days late.

“I apologise to anyone who feels that my tweets asserting and defending trans rights were dismissive.” Cllr Matt Downey. Councillor for Ely East (East Cambridgeshire District Council & City of Ely Council)

It was of course a mealy-mouthed and meaningless apology. But what matters is that the Liberal Democrats complaints procedure took the complaint seriously and found him at fault. It is not acceptable to insult women by calling them ‘terfs’ or ‘transphobic’ for thinking sex-based rights matter and the Liberal Democrats agree.

Women must be free to stand up for their rights

Accusations of transphobia are designed to shame and silence women. Women get called transphobic for simply asking questions. Women are afraid to speak out, and fear for their jobs and reputation if they do. This is why Fair Play For Women exists. We provide the safe platform necessary for women and men to voice their concerns, and to share their experiences and access expert knowledge and resources. We speak up when you can’t.

The oldest hate crime: How misogyny is being used to strangle women’s debate on sex and gender

A letter to the woman who called me a TERF

Fair Play For Women is frequently called ‘transphobic’ but our record of good faith discussion and evidence-based debate is clear to all who work with us. Unfounded claims of transphobia damages our reputation and makes it more difficult to support policy and law makers to find solutions that fairly balance the rights of everyone. We don’t have time to refute every allegation but sometimes we do. Here are some of examples of when we’ve stood up and said no to being bullied.

We complained to the BBC after Dr Williams was cut from an interview about transgender sport when Rachel McKinnon outrageously compared her views akin to the KKK. It was picked up in national newspapers highlighting the difficulties women face speaking openly and freely. 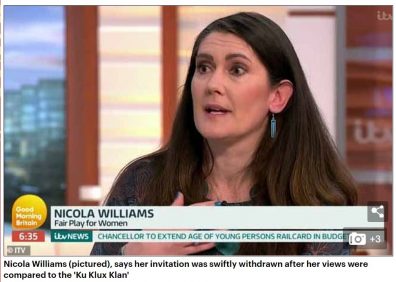 We’ve been suspended from Twitter for a tweet saying “male cricketer wins woman of the year”. We refused to accept we had done anything wrong and we were reinstated.

In 2019, the press regulator IPSO ruled that a local Kent newspaper had breached the Editors’ Code on Accuracy by referring to Fair Play For Women as participating in ‘transphobic abuse”.

In 2018 the Independent newspaper agreed to change defamatory claims made in one of their articles about our work and published a letter by us to set the record straight.

1) VICTORY FOR WOMEN TONIGHT. The Independent newspaper has settled out of court over an article that Fair Play For Women believe defamed us & our work, authored by transactivist Owl Fisher. The paper has made a string of changes in the article & have published a letter by us. pic.twitter.com/WtT7Hn11QT

In 2020 we were referred to as ‘transphobic’ on BBC Radio 4’s Women’s Hour. This complaint is now being progressed through the BBC complaints process and if necessary will go to OfCom for adjudication – watch this space!

Courage calls to Courage. Women are stakeholders in any law or policy that involves sex and gender identity. We have a right to speak up for our own rights. We won’t stop.