You are here: Home / Sport / Kim Jones, aka “Swim Mom” and her fight for women and girls in sport 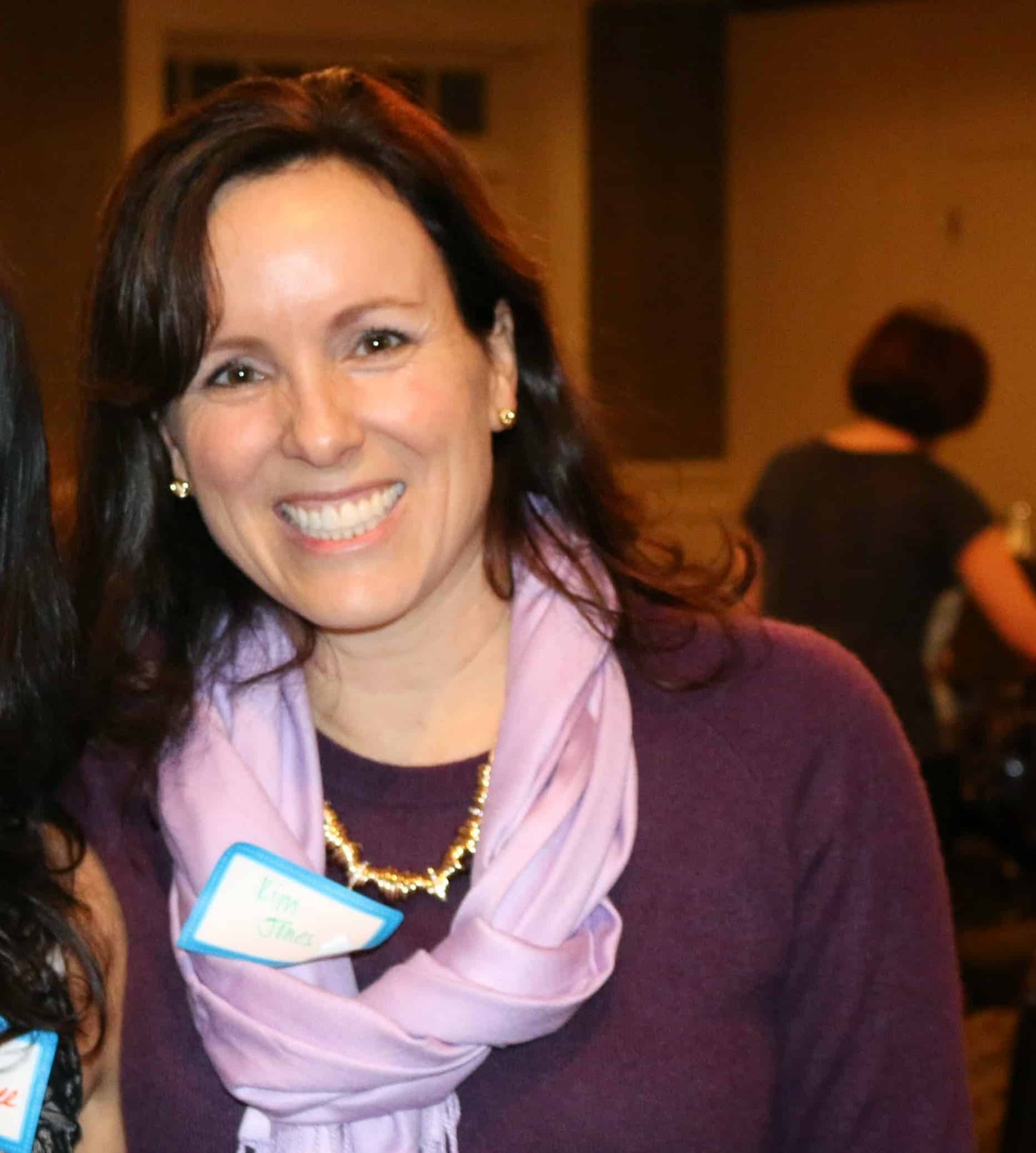 In February 2022, an American college swimmer called Lia Thomas hit the headlines for breaking a record in the Ivy League college championships. In March, Lia won the national title in the women’s 500 yard freestyle in the NCAA championships, pushing three Olympic medalists into second, third and fourth. Lia had previously been ranked around 450th in the USA – when known as Will. No one was surprised when Lia won, since Lia is a six-foot-five male. But many people were appalled that it was allowed to happen.

One brave woman whose daughter had to race Thomas spoke about it anonymously. You can listen to her story as first told to the Women’s Declaration International (WDI). She was referred to as Swim Mom at the time to protect the privacy of her daughter. Swimmers at Thomas’s university and all the other Ivy League colleges had been told they must not complain or speak to the media. If they were uncomfortable sharing a locker room with Lia, they might consider counselling. Swim Mom could not believe no one was stepping in to end this abuse. It seemed liked such a clear violation of women’s rights, and of Title IX, the USA law directing equality of opportunity and investment for males and females wherever federal funding was granted. This includes college sports. It’s the main reason women now have a path into elite sport in the USA. So she spoke to a senior lawyer at the ACLU, the American Civil Liberties Union. The lawyer told her the ACLU would back Thomas, saying the ACLU would not “side with cis-women against women”.

Swim Mom decided she would side with women against the invasion of their sport by males. She gave up her anonymity and began campaigning. Her name is Kim Jones. Together with Marshi Smith she founded a new campaign group, ICONS, the Independent Council on Women’s Sport, to defend women’s sport and female athletes. In June, they gathered elite athletes and experts to discuss the issues at a three-day conference in Las Vegas. The venue was chosen because directors of sport from all America’s universities and colleges were having their own conference there at the same time. The ICONS team were able to speak to around two hundred sports directors about the issue. Almost all agreed that males do not belong in female sport, but few were willing to speak up publicly for fear of losing their jobs. This is why organisations like ICONs (and Fair Play For Women) are so necessary. Here’s Kim and Marshi’s introduction to the conference where they explain their vision for the organisation and here’s Fair Play For Women’s director of sport, Fiona, reporting on our work and progress in the UK.

Kim came to FiLiA in October 2022 to speak to UK women about her experiences. Before she came onto the stage, Fiona talked about the Lia Thomas situation, and asked the audience who had heard of Swim Mom. Lots of hands went up. They needed no prompting when Kim walked on. They rose to their feet with a huge cheer.

Kim touched on a few highlights, or lowlights, of her story (the full account is here) and then talked about what’s happened since she founded ICONS and the progress they are making in the USA. It looks like Lia Thomas was the wake-up call swimming needed. Both USA Swimming and FINA, the international federation for competitive swimming worldwide, have now changed their rules – putting paid to any ambition Thomas may have had to swim in the US women’s team at the next Olympics. ICONS have got dozens of elite athletes, many Olympic medallists, tackling sports governing bodies in their own sports. Most are retired, since it is likely to be career-ending for current athletes to speak out.

ICONS and Fair Play For Women are working together, as part of an international consortium on women’s sport founded by Dr Linda Blade, @CoachBlade. Together with campaign groups across the world, we will regain fairness in sport for women and girls.

Kim mentioned how the women in Ivy League swimming teams were told they must not complain. Here is an example of the direction they were given, by email. Below is Kim’s translation into what this is really saying to young women. 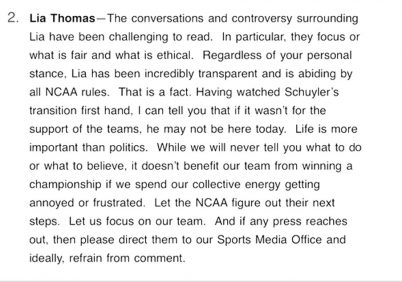 Let me divert your attention from feeling like something is wrong, by asking you to focus on how good Lia has been.

Let me emotionally blackmail you into accepting mistreatment because otherwise you are complicit in a potential death (and Schuyler is omnipresent at Harvard so you will be reminded of this every day).

Exchanging your fair treatment for someone else’s benefit (a male in this case) is a justifiable cause. And the fair treatment of women is “just politics” anyway.

While we won’t tell you what to do, we’re telling you it is a bad choice to fight this. Let the men in charge at the NCAA decide your fate. Immerse your pretty little heads in the team.

Let other people decide if you are worthy of fair competition without your input or voice.

See the full interview with US swimmer Riley Gaines