You are here: Home / Silencing women / A birthday campaign for JK Rowling: Balanced media coverage of sex and gender issues 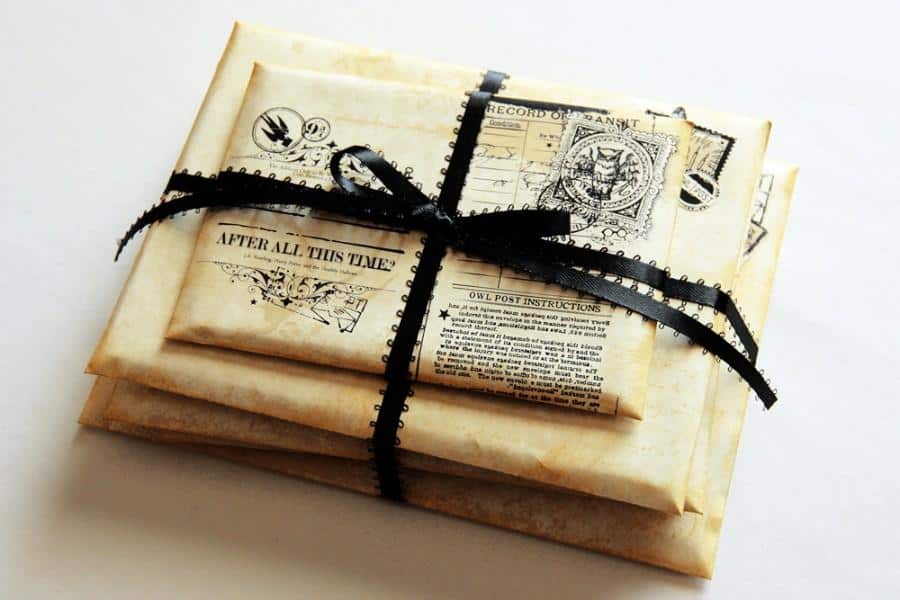 Did you know that JK Rowling’s and Harry Potter’s birthdays are coming up soon?

Many of us have felt heartened and grateful for JK Rowling’s recent contributions to the discussion around gender ideology. Rowling shares a birthday with her beloved literary progeny – July 31. Harry Potter fans will recall that the boy wizard receives his first Hogwarts’ acceptance letter a week before his 11th birthday. When his Aunt Petunia and Uncle Vernon refuse to let him see the letter, more and more “letters from no one” begin to arrive, finally inundating his aunt and uncle.

The Hogwarts’ motto is Draco Dormiens Nunquam Titillandus (Never Tickle a Sleeping Dragon), but sometimes sleeping dragons do indeed need to be tickled. We thought we would show our support for Joanne on her birthday by sending “letters from no one” to The Guardian, the BBC, and The New York Times. All we are asking for is constructive dialogue in the mainstream media.

Please download the letter, print it three times, and send it to the New York Times, the BBC, and the Guardian in time for it to arrive around July 31. Alternatively, you may copy the text (printed below) and paste it into an email. Or better yet, do both! You may feel free to sign it and give a brief description of yourself, or you may simply send without signing.

Once you’ve printed your letter, please take a picture of it and post the photo on social media using the hashtags #ItsNotHateToWantDebate and #HappyBirthdayJKR. Tag in the journalists and the outlets. And please help spread the word!

Let’s send as many letters to each of these media outlets as Hogwarts sent to Harry at Uncle Vernon and Aunt Petunia’s house.

Looking forward to seeing you at Hogwarts!

For a downloadable PDF of the letter, click here.

To copy and paste the letter into an email, see the text of the letter below.

To the BBC, The Guardian and The New York Times:

We are writing to request that you widen your scope when reporting on gender diversity. A progressive society is characterised by a respect for thoughtful discussion and we hope that journalistic outlets of your stature could explore multiple perspectives on these important questions rather than stifling debate by covering only one side.

In her recent personal essay, J.K. Rowling outlined her concerns that extremist ideology was negatively impacting vulnerable groups. She highlighted several pressing aspects of this issue that have received scant coverage in the liberal media. The international reaction to Rowling’s essay demonstrated both the lack of public awareness about these issues and the urgent need for honest and respectful dialogue.

In Harry Potter and the Philosopher’s Stone, Harry begins to receive numerous copies of his Hogwarts’ acceptance letter a week before his birthday on July 31 – which is also Rowling’s birthday. These letters marked a new beginning for the fictional boy wizard. We hope these letters that you are receiving will signal to you that there are many from across the political spectrum who wish to have a good-faith discussion about gender ideology and its impact on women, children, adolescents, and also on lesbian, gay, and bisexual people.

It is our hope that together we can help to usher in a new beginning where we can have important conversations that until now have been substantially ignored by the liberal mainstream media. Given our mutual desire to support gender non-conforming individuals, we believe that it is vitally important for leading media to cover these crucial and under-reported stories.

After receiving his letters, Harry travelled to Hogwarts on September 1. We would like to follow up with you in early September to see how we might bring more nuance and depth to the current coverage about gender issues.

Hope to see you at Hogwarts!