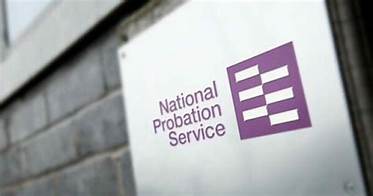 Fair Play For Women have recently highlighted the potential risks to women in prison if Gender Recognition Act (GRA) reforms and self-declaration of gender become law in England and Wales. We now consider the impact of any changes on probation hostels and the risks not just to women offenders but also to the local community within which they are based. We call on the government to start recording and to make public the numbers of transgender offenders in both prisons and the probation residential estate.

What are probation hostels?

The public are not generally aware of probation hostels (approved premises), which are located in the community and occupied by some of the riskiest individuals when they are released from prison following the custodial element of their sentence. They provide a structured re-entry into the community, chiefly to those who have been released from prison following serious violent and/or sexual offences. Most hostel residents pose a high or very high risk of serious harm. Hostels act as a half-way house between prison and home, and have two main roles: to help rehabilitate and resettle some of our most serious offenders, and to make sure that the public are protected in the offenders early months in the community.

There are 101 hostels, which are located in communities across England and Wales. They provide single-sex accommodation and the vast majority are for men. They have very high occupancy rates and are oversubscribed. Approximately 2,200 beds are available with an estimated shortfall of 25%. Residents normally remain in the hostel for around 12 weeks, and plans for moving on to independent living should be in place by the end of that period. Hostels also house a very small number of defendants who may pose a risk before trial.

Hostels are staffed 24 hours a day and balance care with control. They impose various constraints on residents’ freedom. These include curfews and check-in times during the day, regular drug and alcohol testing, welfare checks and room searches. Serious breaches of a hostel’s rules or any licence requirements, or increased concerns about risk of harm to others, will lead to residents being quickly recalled to custody. In 25% of cases residents are returned to prison custody because they breach their licence conditions.

Probation hostels exist in community locations, and local community relations have to be managed carefully. Most hostels adopt a ‘below the radar’ strategy so as not invite adverse publicity. Due to their community location and the risks posed by the residents, several organisations and groups have a direct interest in how hostels perform. These include police services, local authorities and Local Safeguarding Children Boards.

The same guidance for the care and management of transgender offenders in prison also applies to probation hostels. Release plans are informed by decisions made within the prison estate. A high risk trans-identified male offender whose legal gender is female (holds a Gender Recognition Certificate- GRC) will be transferred straight into a women’s hostel. A trans-identified male offender who served their sentence in a male prison will normally be located in a male hostel.

For the last two years the MoJ has released an annual figure for the number of transgender offenders in prison in England and Wales. This is an under-estimate because will not include the trans-identified male prisoners with a GRC placed in women’s prisons because they will be counted in the female figures. In 2015/2016 there were 70 transgender prisoners. In 2016/2017 this number has almost doubled to 125 transgender prisoners. In contrast the MoJ does not release any figures for the number of transgender residents in probation hostels.

Although we have no official figures for the number of trans-identified male offenders already in women’s hostels we do know that the number is likely to increase significantly if GRA reforms become law. One aspect of the reforms proposed by government is to make the process of obtaining a GRC easier, faster and de-medicalised. Obtaining a GRC will automatically make a high-risk trans-identified male offender eligible for transfer into a women’s probation hostel.

Based on findings in a recent study of the number of trans-identifying males in prison, their location and offending profiles (Williams 2017) it is estimated that 13 trans-identifying males are currently in women’s prisons in England and Wales. Upon release, if a probation hostel is required, these offenders will automatically transfer to one of the 6 women’s hostels. The same study also reported there were at least 100 trans-identifying males currently living in role as women in male prisons. If GRA reforms become law these 100 prisoners may choose to legally change gender to female and if a probation hostel is required, these offenders would also take up residence in a women’s hostel rather than a male one.

The report published by Fair Play For Women revealed that up to half of transgender offenders currently in prison may be sex offenders or seriously violent prisoners requiring category A security. This is exactly the type of high risk offender profile that would need to move into a probation hostel once their custodial sentence is complete. The report identified at least 55 high risk trans-identified males who are currently in male prisons who would be eligible for transfer into women’s probation hostels upon release if GRA reforms become law.

Accommodating an additional 55 high risk TIM in women’s probation hostels would significantly change the offender profile of the hostels. The relatively small population of 112 women in probation hostels would increase by almost 50%. There would be one trans-identified male for every two biological women. This will seriously impact the risk posed to probation staff, women residents and local community in a number of ways:

There is a major shortfall in the number of places available in women’s probation hostels. Accommodating high numbers of TIM offenders will take up a large proportion of the 112 beds allocated for women, rather than just relatively few of the 2100 beds allocated for men. This is particularly important because 25% of women in probation hostels are there for support rather than because they pose a high safety risk. The rehabilitation and support service currently provided by women’s hostels is likely to be lost.

The overall safety risk posed by women’s hostels is lower than that of men’s hostels. The vast majority of residents in male hostels are high risk sex and/or violent offenders. In contrast 25% of women residents are only medium risk offenders. Accommodating high numbers of TIM in women’s hostels will mean the offender profile will shift towards a more dangerous type of offender (including sexual crimes) which will be clustered in a local area in the community. Offenders are free to come and go from probation hostels and a quarter break their licensing conditions and get returned to prison. Combine this with the knowledge that most TIM retain a functional penis and this clearly represents a local safeguarding issue for children and women.

The low-level security in probation hostels means that high risk trans-identifying males will have easier access to female staff and female residents. This may pose a particularly high risk at night when women residents are sleeping, because offenders are not locked in at night as would be the case in prison. The shared use of sanitary and hygiene facilities also presents a privacy and dignity issue for women residents in addition to safety.

Unlike in prisons, there is no equivalent protocol set out in PSI 17/2016 that requires very dangerous female offenders to reside in the male estate for security reasons. The absence of this important safe-guarding measure means there can be no exceptions to the rule that a dangerous TIM with a GRC must always be housed in a women’s hostel.

The MoJ does not record the number of trans-identifying males in women’s hostels and so the size and impact of the risk posed to women cannot be accurately assessed.

We have set out reasons for why the impact of changes to the Gender Reform Act on probation hostels will be disproportionately high for women offenders and also for women and children in the local community. Annual figures for transgender offenders in probation hostels are not currently being recorded by the MoJ. The MoJ has a legal obligation to obtain equality evidence as part of its Public Sector Equality Duty as set out by the Equality Act 2010. This equality evidence is needed to accurately assess and balance the impact of any changes on other protected characteristics such as sex. It is not enough to only consider the potential benefits to the group covered by protected characteristic of Gender Reassignment. We call on the government to release official figures for the number of trans-identified males in both the prison and probation estate and information on the type of offences committed by this group.