You are here: Home / Judicial Review / Scottish Census Appeal: Help us reclaim the definition of “sex” in Scotland. 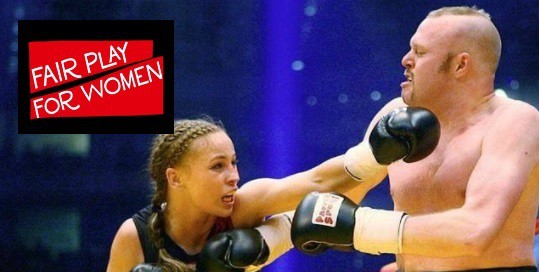 The Scottish Government will allow people to self-identify their sex in the Scottish Census next month. We want to stop them. Can you help?

We won in England and Wales last year. We now need to fight again to secure the meaning of “sex” in Scotland and the Census data that Scottish women rely on to fight sexism.

Our Scottish Judicial Review was heard on 2 February 2022 and the judgment was announced on Thursday 17 February. That first instance decision went against us.

The judge concluded “there is no general rule or principle of law that a question as to a person’s sex may only properly be answered by reference to the sex stated on that person’s birth certificate or GRC.”

Our position remains this is wrong in law. The law does not permit any form of self-identification to affect one’s legally-registered sex.

The next step on this legal journey is to have our case heard by the Scottish Appeal Court.

Time is tight – the Census goes live on 28 February. We have acted fast and secured an urgent hearing for next week.

On Wednesday 23 February our appeal will be heard by three appeal judges in the Inner House of the Court of Session in Edinburgh.

It’s not over till it’s over

The initial verdict was disappointing but we remain optimistic we can win on appeal.

For Women Scotland’s win on appeal shows how important it is to hold your nerve and see a case through to the end. FWS have saved the word “woman” from being redefined. We must now reclaim the definition of “sex” and the data Scottish women rely on to fight sexism.

We now need your help

We have funded the Scottish Census case so far from funds remaining after winning the Census case in England and Wales. Going to appeal means extra costs, plus running the risk of having to pay more towards the Scottish government’s costs if we lose.

It should not be necessary for us to do this, but we all know it is. Thank you to everyone who has donated to Fair Play For Women, or to other groups and individuals who are also fighting to protect the legal basis of rights for women and girls.

Any donation – big or small – helps us fight on. Together we can do this.

Any funds remaining after the appeal will be reserved for future litigation work. This is what we promised during the ONS crowd-funder, and those donations have supported significant activity over the last year. You can read more about the costs we recovered from the ONS and how we have been using our strategic litigation fighting fund here.

Our most recent legal success has been forcing the UK government to slow down and extend the time for public consultation on its Conversion Therapy Bill.

And finally, a huge thank you from the whole team at Fair Play For Women.

Your support gives us the courage and resilience to carry on. We won’t let you down.