You are here: Home / Gender identity / Masculine and feminine: we’re all gender-queer!

Masculine and feminine are external classifications. People have always labelled some men feminine because of their mannerisms, style of dress, etc. And called some women masculine.

They don’t even ask before labelling. They simply use labels that everyone in their society understands as masculine and feminine. It has nothing to do with the labelled individual’s feelings.

They do make assumptions about that person’s inner feelings

They are mainly false assumptions; see heterosexual male hairdressers for one stereotype error, and heterosexual female farmers for another. 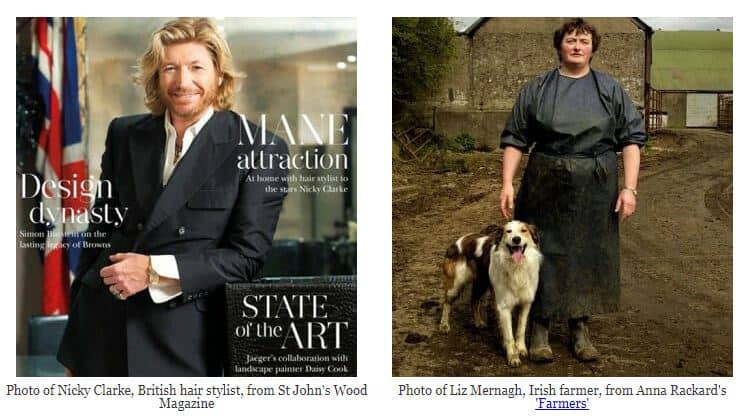 The ‘effeminate’ hairdresser and the ‘mannish’ farmer experience themselves as their true sex.

There’s nothing wrong with them.

The mistake is entirely with those who label them

They hold false beliefs about gender. Their belief that gender is a real and reliable binary leads them to misgender people who are just being themselves.

This belief is traditional, but very old-fashioned. It’s also inconsistent across different cultures. 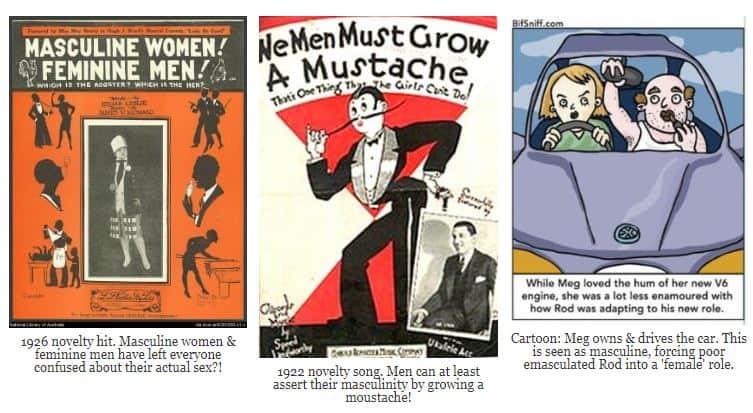 Men have traditionally prized masculinity, and its patriarchal advantages, so dearly that they tried to bully both women & men into defined gender roles, using humour as well as actual violence.

They invented the fear that independent women would emasculate men, making them female. The Suffragettes were lampooned and assaulted. Men with perceived feminine traits were also laughed at and beaten up.

But masculine and feminine are not fixed qualities

Their meaning changes over time and place, and so do the social values applied to each. Gender stereotypes are more polarised in the USA than the UK, and young people feel less binary-gendered, as detailed in this YouGov survey. 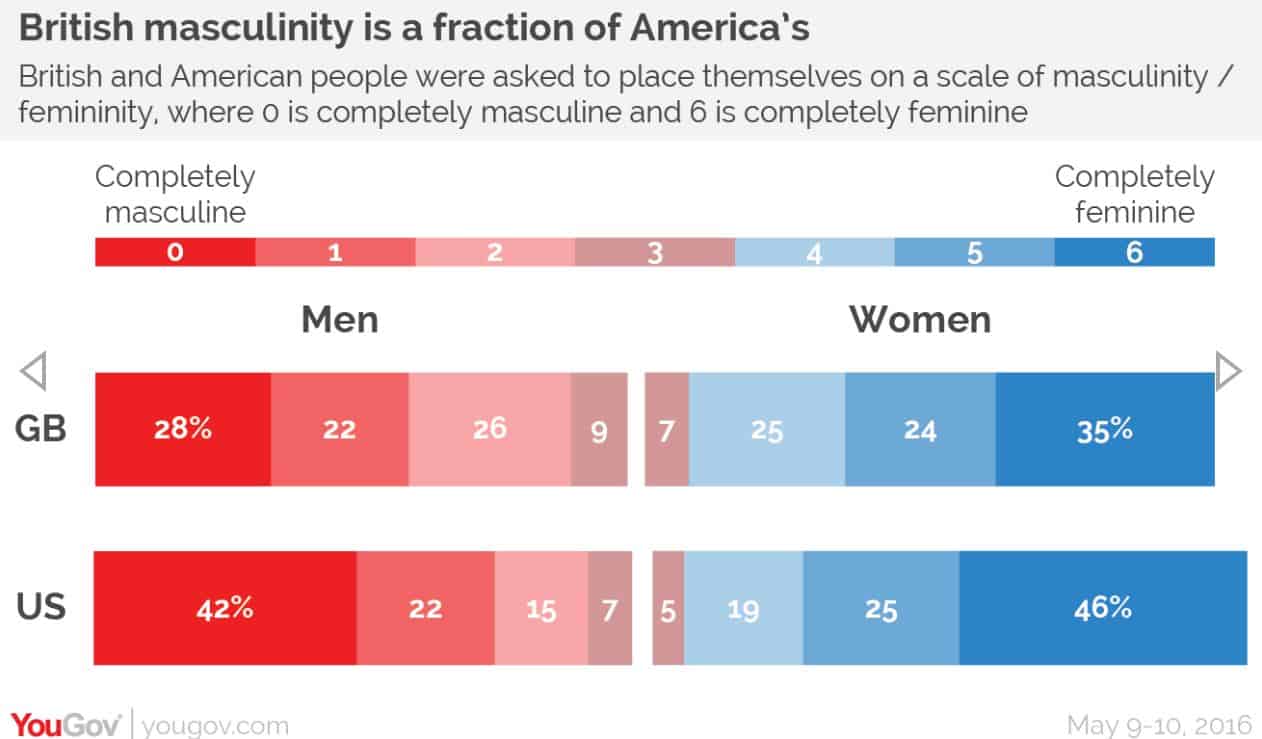 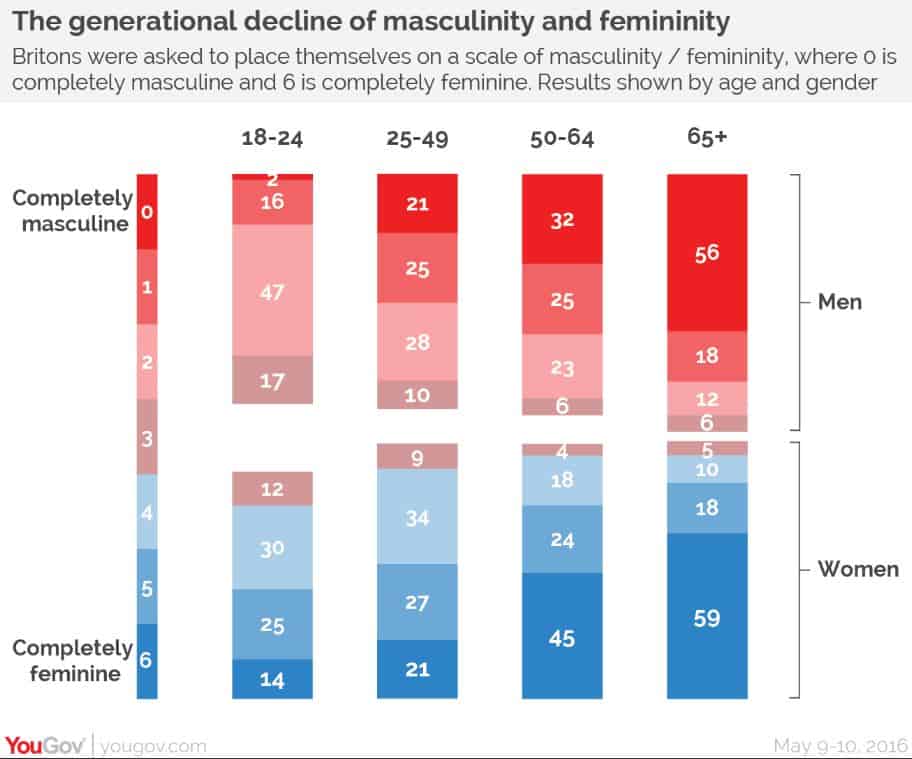 Humans come in all styles and sizes

Each of us has our own character and talents. Our character, abilities and actions form our identity.

In general, we find that some quirks – like a forceful attitude or delicate movements – come with one sex more than the other. But this is not a hard & fast rule: we all know people with other gender qualities. And we each have some of those ourselves! We’re all non-binary.

Gender’s a social convenience, and not a helpful one. Sex is the body you were born in, no more and no less. Your identity is just who you are – body, mind, character and choices.

You’re fine the way you are: unique!