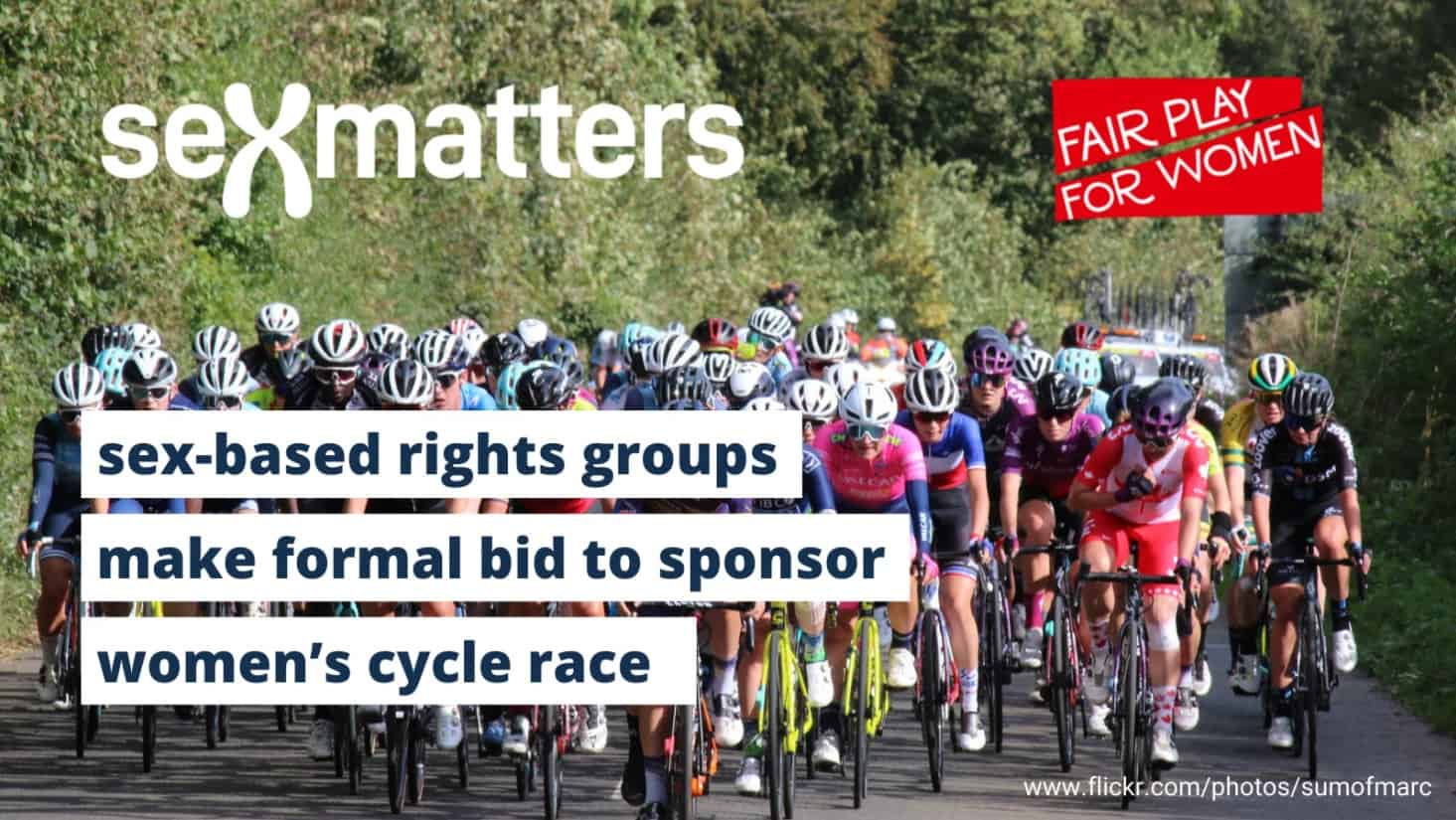 The women’s race has been put into peril when a longstanding sponsor Peter Stanton, withdrew their personal financial support to the race in protest at British Cycling’s decision to suspend its Transgender and Non-binary Policy. The policy allowed male riders who identify as women or as non-binary to ride competitively against female riders, provided they made a solemn declaration regarding their gender identity, and had testosterone levels below five nanomoles per litre for a 12-month period prior to competition.

Sex Matters and Fair Play for Women, together with sports scientists and many athletes, have argued that these rules are unfair to female riders. Studies have shown that testosterone suppression in adult males results in only small reductions in muscle strength, and no change in underlying skeletal structure.

The UK Sports Councils last year issued guidance warning sports governing bodies that exclusion of all males from women’s sports is necessary to provide fairness and safety for female participants.

British Cycling suspended its policy after Emily Bridges, a cyclist who had competed on the men’s circuit until February was stopped from competing in the women’s event at the British National Omnium Championships by the international cycling governing body the Union Cycliste Internationale (UCI).

The decision was made due to a difference in the policies between British Cycling and the UCI, which British Cycling said was “unfair on all women riders and poses a challenge to the integrity of racing”.

“Fairness in sports is integral, and female cyclists need their own races that exclude males. This event has previously showcased our best female cyclists, and we are keen to play a part in securing the right for these brilliant women to race fairly and competitively.”

“We know how important this race is for women in cycling. Support for women’s sport should not be conditional on the inclusion of some males, no matter how they identify. We believe there should be a place for everyone in sport, but fair competition for women depends on keeping it female-only.”

“The CiCLE classic is one of a kind. It is the only race that offers the different terrain often seen on the continent. It has the atmosphere of a Belgium classic and is one of the stand out events of the women’s calendar, my riders will be excited to be on the start line come June. It was imperative to save this exceptional race and ensure fairness for females.”

CiCLE Classics Race Director, Colin Clews, acknowledged the bid and said “we have been overwhelmed by messages of support for women’s cycling”. He said “we will consider all offers of sponsorship to deliver the race in 2022 and support its future development”.

PRESS RELEASE CAN BE DOWNLOADED HERE: 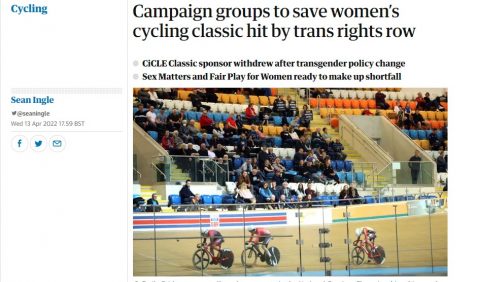 Thank you for all the offers of support. Sex Matters and Fair Play For Women have committed to funding 50% each of this joint sponsorship. If accepted we will also be opening up a way for our supporters to contribute.

Take action: If you believe women deserve fairness in sport speak up now. If you play a sport, or have family members who play, email your sport’s national governing body and ask them what they are doing to restore fairness for females. Here’s how:

Write to the people who govern your sport