You are here: Home / Language / “Female” sex offenders and “women” committing sex crimes: why can’t the media get it right? 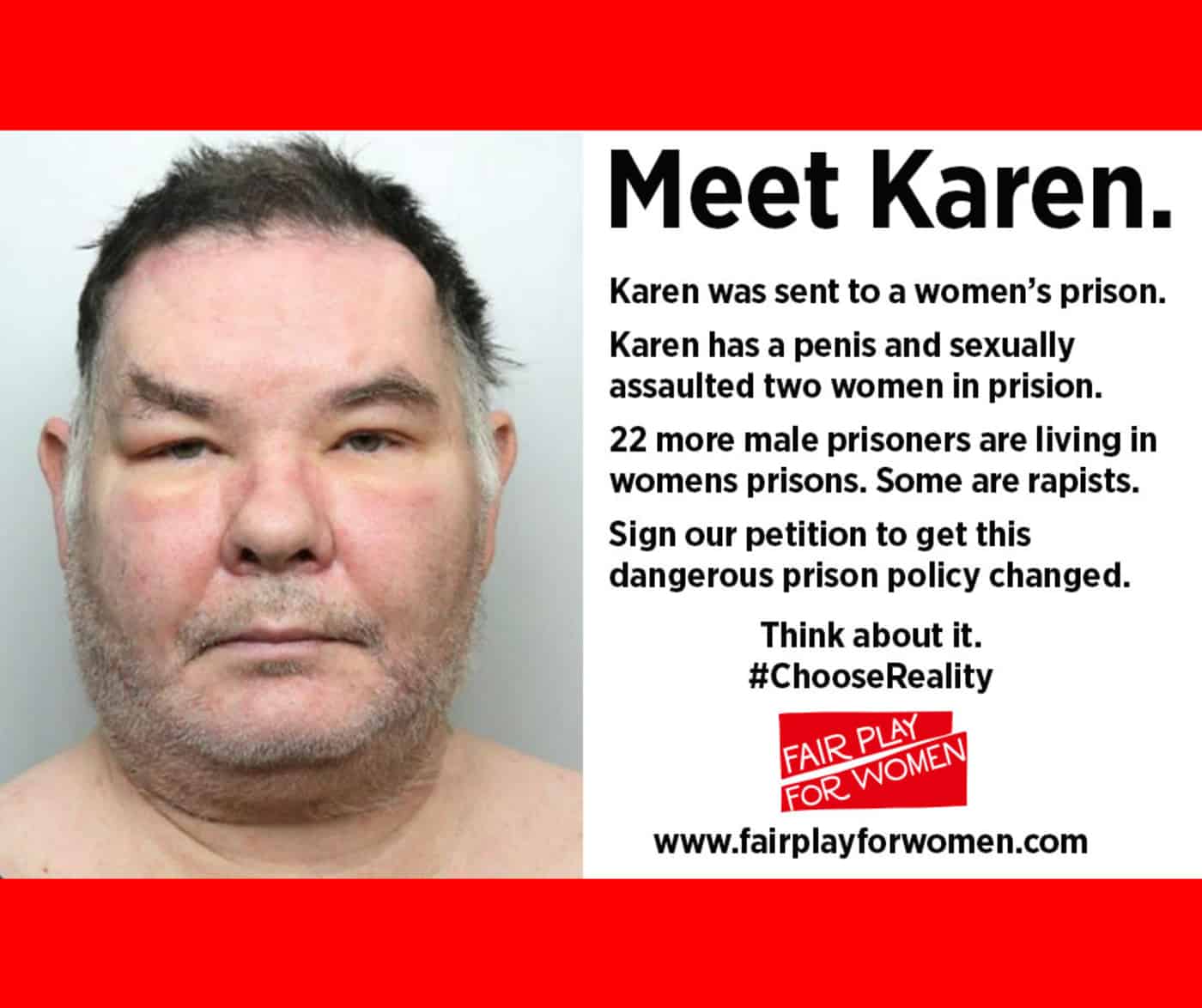 Have you read about the rise in “female” sex offenders? It’s probably not so. When the news reports a “woman” with indecent images of children, or a “woman” using pornography in her hospital bed, or a “woman” caught exposing herself in public, it’s almost always a trans-identifying male. These crimes are overwhelmingly committed by men (over 98% of those in UK prisons for sex crimes are male, as shown in the offence analysis on p 52 of the government report on women and the criminal justice system). Given how tough prisons are, especially men’s prisons (95% of the UK prison population is male, and around 50% of male prisoners are in for violent or sexual offences), it’s not surprising that some males might wish to access the female estate. This was anticipated by a group of professional prison psychologists who gave evidence to the Women and Equalities Select Committee in 2015, before the transgender prisoner policy was developed. (Very occasionally there are women who do these things. As it is so rare, it’s big news when it does happen – we’ve all heard of Beverly Allitt and Vanessa George.)

So why do the media say these offenders are women? Why don’t they report these crimes accurately? Fair Play For Women has been challenging this for the past few years, because we believe it is distorting the truth. Our concern is that ultimately it will undermine public understanding of why female-only spaces exist and why female-only policies are important.

The problem isn’t just the media. There are four separate stages in this mis-reporting.

Female sex offenders: it starts with the police

In 2018 Fair Play For Women discovered through Freedom of Information requests to all 43 separate police forces in England and Wales that many were recording perpetrators by their self-declared gender identity, and not by their sex. This was the case whether or not they had a Gender Recognition Certificate.

The Crown Prosecution Service also expects its prosecutors to refer to defendants by their self-identified gender instead of birth or legal sex, whether or not they have a GRC. So the charges may refer to a woman, even if that person is legally male. Its guidance on transgender issues appears to have been developed in consultation with numerous trans activist groups but no women’s groups.

The problem of the Equal Treatment Bench Book

When a case comes to court, judges and magistrates are directed to use preferred pronouns for anyone in the dock – even a rapist can be called “she”, even though in UK law rape is a crime which requires possession of a penis. A victim can be directed to use preferred pronouns too, as happened to Maria MacLachlan who was assaulted by a transwoman, Tara Wolf. This is because of the Equal Treatment Bench Book, the reference manual for judges and magistrates on how to deal with those before them in the courts. It’s produced and updated by the Judicial College, which has refused to say why or how this policy was adopted, or who was consulted. There’s a good review of the problems with the ETBB here.

When the media reports on these matters, they typically use statements made by the police and the CPS, and of course court proceedings. So they report what’s been said in court by the judge, or by the police or CPS. Even in obvious cases where the photo accompanying the news item clearly shows a male, their position is that they report what was said in court. This they call “accuracy”. Our complaints to the media regulator, IPSO, have been rejected on that basis. Sometimes a reporter writes what they see, or what they know, but mostly they follow the lead of the court, which comes from the Equal Treatment Bench Book. Their approach is described in the Editors’ Code of Practice, used by those newspapers under IPSO regulation. We pointed out the problems with the Editors’ Code when it was reviewed a year ago, but there was no meaningful change.

People worry that naming the birth sex of a trans person is a breach of their privacy or of the Gender Recognition Act. It’s almost certainly not. If you have been told in an official capacity that someone has a GRC, it is a criminal offence to disclose that. But the rest of us are not guilty of any offence if we say what we see (provided of course that we do not engage in harassment). Reporters sitting in court, or looking at a photo, will not know if someone has a GRC so they may report that person’s birth sex without fear of committing an offence – even if the person does have a GRC. We have pointed this out in a recent submission to IMPRESS, the other media regulator, when they invited input to their consultation on reporting transgender issues.

How do we solve this?

Police and Crime Commissioners have the power to direct their police force to record the sex of perpetrators accurately. Some may do so, but many police forces drag their heels on answering FOI requests so we can’t always know.

The CPS seems unlikely to change their approach, for now. They remain Stonewall Diversity Champions as of May 2021, we believe.

The Equal Treatment Bench Book is a mystery. The Judicial College claims it is not subject to FOI powers so we haven’t been able to find out how the current guidance was developed.

The news media are not a homogenous group, but all those regulated by IPSO follow their guidance, using the ETBB as their get out of jail card. It’s their excuse for appeasing perpetrators by reporting their gender identity as if it were their sex, rather than reporting honestly.

Fair Play For Women is working on all these areas, as are other groups. We hope to have progress in at least one of these areas soon.

Want to get involved? Write to the Police and Crime Commissioner for your local police force asking for police to record by birth sex. When confronted by anyone accused of a typically male crime like violent or sexual offences, they should use their common sense and judgement. A person may claim to be a woman, but the police don’t believe half of what offenders tell them; why would they believe that?