You are here: Home / Scottish GRA reforms / Why did evidence of women’s concerns get missed off the Scottish Government’s impact assessment for the Gender Recognition Reform Bill? 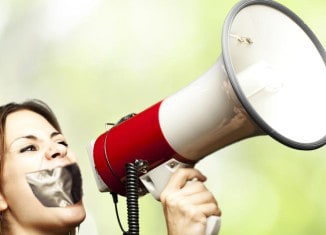 This was revealed through a Freedom of Information Request here.

They were asked to find “Evidence on legitimate basis on which trans women might need to be excluded from some women-only services, locations, or provisions, or on which their presence might put non-trans women at a disadvantage.” 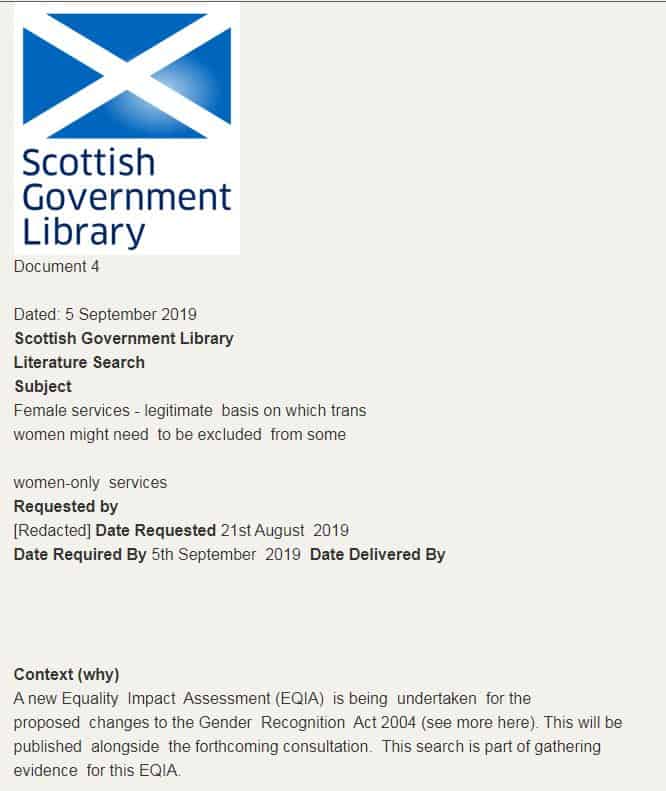 The Scottish Government library did its job well and identified Fair Play For Women in its list of Key Results highlighting that ‘the following results may be particularly relevant’. 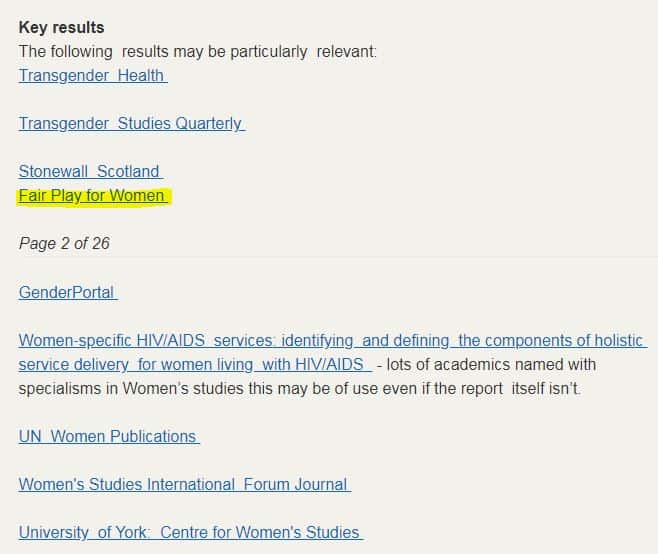 However, none of our published resources were quoted in the final EQIA or even listed in the references.

The omission of evidence from FPFW, and indeed any advocacy group for sex-based rights, means that a full and comprehensive search for evidence was not conducted by the Scottish government consultation team and this casts serious doubt over the validity of the EQIA.

Here is a list of the references available to the Scottish government at the time of the literature review.

1) Supporting women in sexual and domestic violence services: Giving a voice to silenced women – evidence from professionals and survivors.

7) Lowering Testosterone for 12 months does not reduce strength in males: The implications for trans eligibility rules in female sport

10) Sex self-ID and what it means for privacy, safety and fairness for women

12) Trans rights do not exist in isolation: A fair society balances the rights of all and acknowledges difference.