You are here: Home / Law / Equality Watchdog issues updated advice on the collection of data on sex and gender.

The Equality and Human Rights Commission (EHRC)’s new advice on the collection of data on sex and gender by public bodies presents a direct challenge to the Scottish Government.

In a letter to the Chief Statistician in Scotland, the Commission makes clear that it is perfectly lawful for the public sector to ask for someone’s sex when needed. It also reminds public bodies to collect data in line with the Census if they want to make comparisons.

This move represents a significant change to the advice given two years ago. In 2019 the Equality Watchdog was involved in the Scottish Government’s sex and data working group and provided a written submission setting out its position on the equality and human rights considerations of data collection on sex and gender.

The old advice was used by the Scottish Government to inform new guidance issued to all public bodies in September 2021. Instead of treating the protected characteristics of sex and gender reassignment equally, the Scottish Government guidance elevates concerns about privacy in relation to gender identity over the need to collect accurate data on sex. The guidance tells public bodies in Scotland that collecting data on sex would only be appropriate in a “small number of instances” and would be “on an individual basis for a very specific purpose”.

Fair Play For Women complained to the EHRC that the advice it had given to the Scotland Government in 2019 was misleading and needed updating following the judicial review ruling on the collection of data on sex in the 2021 Census in England and Wales.

The EHRC has now confirmed its Chief Executive wrote to the Chief Statistician for Scotland in November 2021 with updated advice to “reflect developments in the law in England and Wales”.

The updated advice sets out the factors that public bodies should consider when collecting data on sex and trans status, so that they are compliant with equality and human rights law. Whereas the previous advice warned against asking about sex at birth on privacy grounds, the update makes clear that public bodies can ask questions about sex registered at birth or legal sex when needed.

The new advice confirms that while enabling people to self-identify their sex can sometimes be appropriate, this should not be at the expense of data integrity and usability.

“Public bodies are not always required to collect information on legal sex and can enable employees and service users to self-identify their sex, but only where this is suitable for the purposes for which the data will be used. The vital questions that public bodies need to address are: what will they be using the information they are collecting for; and will allowing respondents to self-identify their sex affect that?”

The EHRC also emphasised the importance of the judicial review in England if public bodies want to compare their data with the Census. In England, Wales and Northern Ireland this now means collecting data on legal sex. It is widely anticipated that a judicial review in Scotland this week will force the Scottish Census to do the same.

“Public bodies often compare their data to information collected through the census, so ensuring consistency of data over time may be a consideration when making such decisions. Following Judicial Review proceedings in March 2021 in the English and Welsh High Court, the Office for National Statistics updated their census guidance on how to answer the question ‘what is your sex’ to say that respondents should use the sex recorded on their birth certificate or Gender Recognition Certificate. Therefore if public bodies are comparing their data to census information, with the provisos noted above, it is likely to be appropriate to ask for information about legal sex”.

If Fair Play For Women wins its judicial review on the meaning of “sex” in Scotland the Chief Statistician will be under further pressure to revisit and amend his guidance to reflect changes in the law.

Tomorrow, Roddy Dunlop QC, Dean of the Faculty of Advocates, will argue in court on behalf of Fair Play For Women that the meaning of sex is a matter of law and cannot be self-identified. The Scottish Government is expected to argue that sex is an umbrella concept that now includes self-identity. This argument was rejected by Justice Swift when the Office for National Statistics made similar claims in the English High Court last year.

“Muddling up sex with personal feelings about identity makes a mess of the data being collected. By all means enable people to record a gender identity if it helps to know it, but public bodies should collect accurate data on sex too. Good data on sex underpins good policy-making for everyone”.

“I hope our judicial review tomorrow brings much needed clarity about the meaning of sex in Scotland. But it beggars belief that Scottish Ministers are risking hundreds of thousands of taxpayers pounds to defend its ludicrous position that sex now means something different north of the border”.

The Court of Session in Edinburgh accepted Fair Play For Women’s petition for an expediated judicial review into the guidance accompanying the ‘sex question’ on the Scottish Census. The full hearing will take place on-line on Wednesday February 2nd. The Scottish ruling could be made as soon as next week, in advance of the Scottish Census launch date at the end of this month. 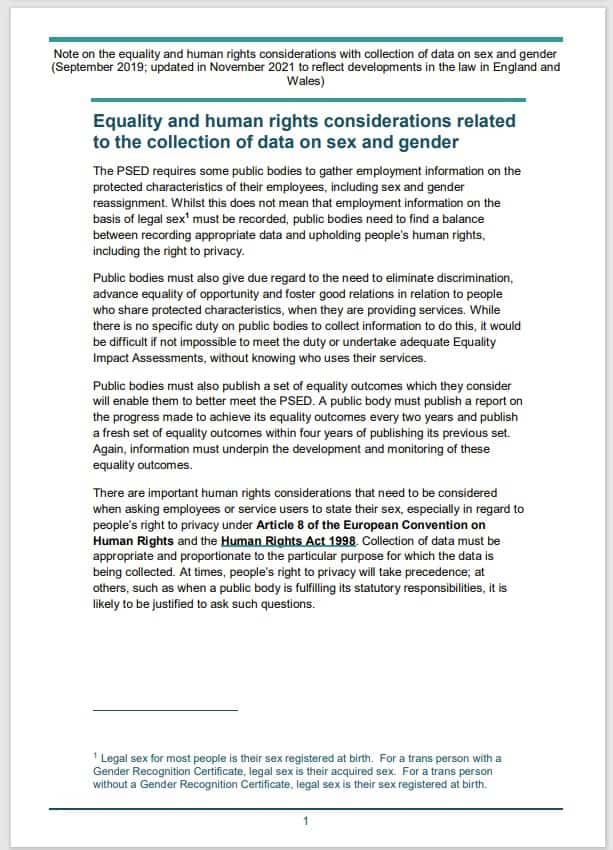 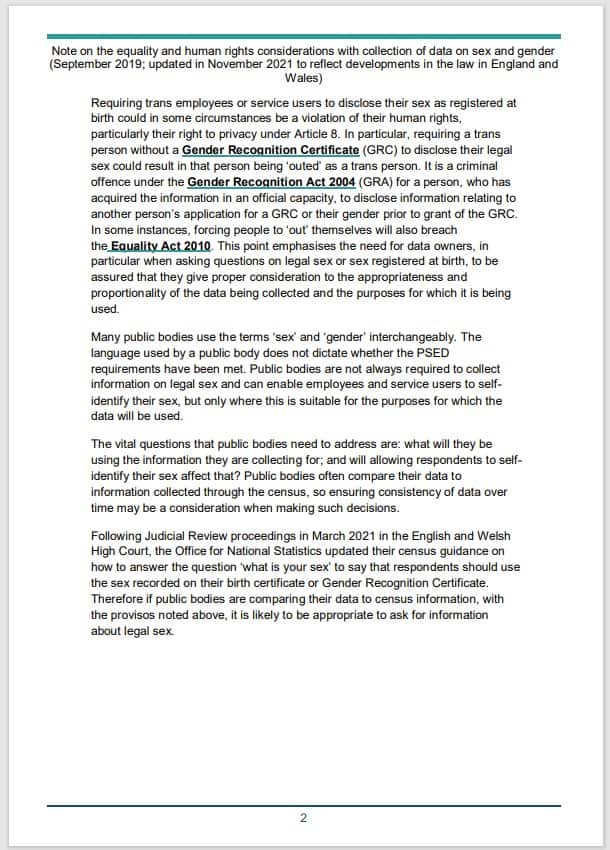