You are here: Home / Data / Data on sex is important so it needs to be accurate 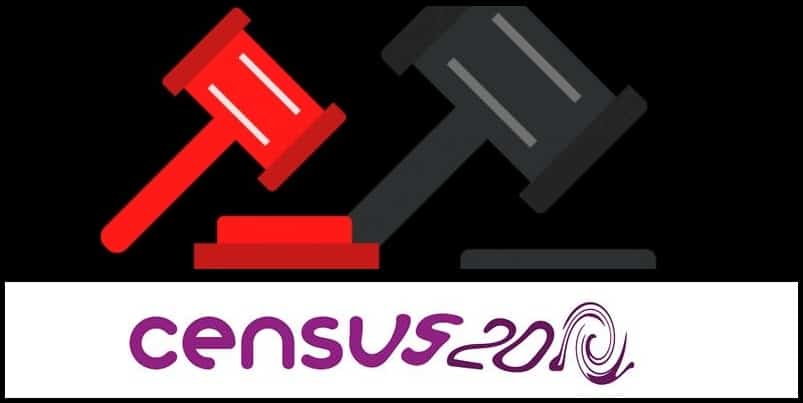 Sex is a fundamental demographic variable, essential for projections regarding fertility and life expectancy. We need accurate data, disaggregated by sex, in order to understand differences in the lives of women and men, and in order to tackle sexism. Sex matters from the start of life, as illustrated by international differences in the sex ratio at birth due to son preference. Sex is a significant factor in almost every dimension of social life: education, the labour market, political attitudes and behaviour, religion, crime, physical health, mental health, cultural tastes and consumption – the list goes on. It is difficult to think of an area of life where sex is not an important dimension for analysis. A lack of sex-disaggregated data often leads to the needs of women and girls being ignored.

Data experts made this point to ONS privately and publicly, politely and forcefully, over and over. ONS didn’t listen to the experts. They listened to Stonewall instead, as Freedom of Information requests later revealed. They treated the sex question in the Census as an opportunity for trans people to validate their gender identity, instead of a critical variable in national statistics.

One might argue that the trans population is so small that the impact of allowing the sex question to be answered according to how someone self-identifies will be negligible. However, we currently have no robust data on the trans community as a whole or within sub-groups, and, crucially, it is impossible to predict how this may change over time. It is unlikely that the trans population will be evenly distributed, for example by age, sex and geography. This means small group analysis can and will be affected. Here are some examples of why accurate data on sex is important, and how small errors can have a big impact.

Male people are responsible for most crimes, particularly violent and sexual crimes. This means that even if a small number of males are misclassified as female it can have large distorting effects on female statistics.

For example we know the police now record ‘female crime’ based on gender identity. This means female crime statistics now include women who were born female AND transwomen who were born male. Some crimes, particularly sexual and violent crimes, are mostly committed by people born male (there are over 13,000 male sex offenders in prison compared to fewer than 150 females). This means female crime stats that include any males are being seriously distorted.

In a recent radio documentary the BBC claimed that ““Between 2015 and 2019, the numbers of reported cases of female-perpetrated child sexual abuse to police in England and Wales rose from 1,249 to 2,297 – an increase of 84%.“. Newspapers picked up on this shocking rise with headlines such as ” “Number of female paedophiles nearly doubles”. Everyone assumed this means more women are sexually abusing children. No account was taken of whether counting males who identify as women is responsible for this apparent increase.

When asked about the way they record crime the National Police Chiefs’ Council has said “There is no evidence to suggest that recording a person’s gender based on the information that they provide will have an impact on an investigation or on national crime statistics, because of the low numbers involved.”

This complacency is misguided. The effect on female crime statistics is very significant. In this case the proportion of child sexual abusers who are women is tiny, meaning statistics can be seriously distorted by including a few males who ‘self-id’ as women in the female category. HMPPS prison statistics show c.13,000 male sex offenders and 125 female sex offenders are currently in prison in England and Wales. 76 of the male sex offenders identify as female. While misclassification of 76 males would have a negligible impact on the male total it has a huge impact on the female figures by almost doubling them. link to https://fairplayforwomen.com/transgender-male-criminality-sex-offences/

By allowing males to be recorded as female, police forces are collecting false and misleading statistics. This obscures male-pattern offending as if it were female.

The Tavistock and Portman NHS Trust claims that between 1.2% and 2.7% of children and young people are ‘gender-diverse’. The trans population is growing rapidly, particularly among young females, and the reasons for this are not well understood, and require investigation. This means we need good data on which young people are identifying as transgender and why. A sex difference has been identified so we need birth sex data for these young people to monitor and analysis the female bias.

Some careers are predominantly male with very low female representation. We need to know when, where and why. A small number of males misclassified as female won’t impact the male totals but could make a big difference to the female numbers and obscure a problem with poor accessibility for women in some careers. This type of equality monitoring is used to identify when and how women are discriminated against. If we don’t identify the problem it means policy solutions won’t follow.

The same applies to gender pay gap data. Companies currently report pay gap data based on the self-declared sex of employees. Self-declared non-binary people are excluded from the data set. It is likely that the highest-paid transgender people will be late-transitioning males in established careers whereas the lowest paid transgender people will be young females who identify as male or non-binary. This differential means that in some careers misclassification of highly-paid males could distort and obscure the sex pay gap.

Some argue that this employment discrimination is based on perceived sex or gender identity rather than birth sex. However, without the data on all of these characteristics we can’t do the studies to determine what drives the discrimination.

It’s odd that groups who claim to advocate for the transgender community would argue against the collection of high-quality data. There is a paucity of evidence-based research on trans outcomes like surgery regret, suicide rates and health. We do not even know the size or demographic profile of trans people, including non-binary people. A full and rich data set on trans people will help any inequalities to be identified and policy-makers to make trans lives better. Instead Stonewall’s position was that it’s not enough that trans people have their own gender identity question. They think transgender people should be allowed to answer both questions according to gender identity. They say it’s simply too offensive and hurtful to ask a trans person a factual question about the sex they were born.

Gender identity lobbyists claim that gender identity trumps sex, and therefore we don’t need data on sex. We say, on the contrary, we need accurate data on both sex and gender identity in order to investigate the way both factors influence people’s lives. It’s possible that such analysis will reveal that sex is unimportant in certain contexts – only then should we stop collecting data on sex in those contexts.

This is about so much more than the Census

ONS sets the gold standard for data collection. Its approach to the sex question will be followed by all other data collectors. Without a clear signal from ONS that it is both lawful and important to be able to collect birth sex data, others will inevitably take a cautious approach and allow self-declared gender even if they really want and need birth sex data.

Covid knows the difference between males and females, so we need to know too

This is madness in the midst of the Covid pandemic. We know sex matters in all Covid-related research – not just medical but social outcomes too. We already have evidence that men are at higher risk of death from Covid, while women are more likely to be impacted by the social and economic effects of lockdowns. Good data on sex matters now more than ever.

Medical researchers who want to collect data on biological sex are concerned they can’t, as reported in The Telegraph.

“I think there is a concern among scientists that there are acceptable ways you can ask these questions. The ONS will make it more difficult to ask about sex registered at birth.”

“There is a trepidation among researchers that we don’t want to upset people, don’t want to do something wrong. We’re not experts in law. We’ll tend to follow what’s done by the main government agencies.”

Even the Zoe Covid symptom tracker is not immune from ideological interference. When the Zoe App launched in March 2020 it asked “your sex at birth?” – Options Male or Female  Sex was treated in the same way as all the other mandatory core variables such as age, height, weight, location. Within a month it had changed to “What sex were you assigned at birth?” with additional options ‘intersex’ and ‘prefer not to say’.  (Of course, intersex is a blanket term for the congenital differences known as VSDs, not a third sex.) The question “what sex were you born?” is fast becoming taboo even in medical applications.

We have to stop this erosion of sex data. If we don’t have good data on sex we can’t monitor inequalities due to sex. If we can’t prove inequality exists we can’t remedy it. Sex matters.

Our Chief Statistician should be prioritising facts not feelings and the public needs to trust that our national statistics are free from interference by ideological pressure groups.

This is why we launched our emergency legal challenge against the ONS to correct their definition of sex in the Census. ONS ignored the experts and listened to Stonewall. But they couldn’t ignore the High Court.

It cannot be wrong to ask people what sex they were born. We need to know it. We need be able to ask it. It really is as simple as that.