You are here: Home / Guest posts / Why we need critical realism in the sex and gender debate 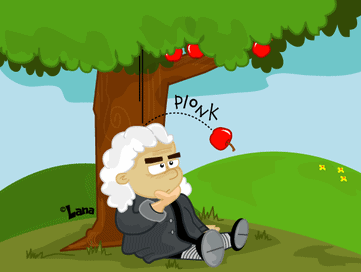 What is critical realism?

If you agree with the first question, you believe in social constructionism or relativism. This means you see everything in the world as relative, subjective and socially constructed by humans.

If you agree with the second question, you believe in critical realism. This means that you see the world as a place in which some things are socially constructed (religions, for example) but some things stand independent of human thought and will exist whether we perceive it to be real or not (gravity, for example).

He asked me whether I believed that the harm caused to victims was socially constructed – whether it was all relative and it was only harmful because we perceived it to be harmful.

I replied, ‘No, I believe the harm, injuries and trauma to the victim is real.’

My answer, for the first time, was yes.

By ‘real’, we mean that it exists independently to the human mind. A tree is still a tree whether you believe it to be a tree or not. You still need oxygen to breathe whether you perceive it to be there in the air or not. Volcanos will still erupt even if you tell yourself that there is no such thing as volcanos. Gravity will still send you hurtling to your death even if you perceive yourself to have wings and be able to fly.

Why is this important to the debates around gender identity?

Gender identity is a social construct whereas biological sex is a concept that exists whether we perceive it to be real or not.

This is a contentious point for many, especially those who argue that biological sex is a social construct too – and that it only exists because we socially constructed the concepts of male and female.

However, this is incorrect. Femininity and masculinity are social constructs but the biological, molecular, DNA structure of males and females exists whether we perceive it and believe it or not.

When it comes to gender roles, gender identity and gender stereotypes – they are certainly socially constructed by humans. This is why they have changed over the millennia. Each generation brings with it new perspectives and approaches to what makes a ‘real woman’ or what makes a ‘real man’. This includes their appearance, behaviours, roles in society, fashions, likes and dislikes, occupations, rights and responsibilities. No one is born with these socially constructed stereotypes innately built into their brain or body.

Everyone is born a human baby. Some things are biologically driven, such as sexual development, puberty, bone structure, DNA, hormones and such. But a lot of other factors are socially constructed. Whether that child grows up to love trucks and action movies and football depends on how we socialised them and how we influenced them as parents, teachers, carers, friends, corporations and wider society.

So critical realism offers us the middle ground in this debate. Some things are real and exist outside of our perceptions (biological sex, hormones, DNA, blood, bone structure, puberty processes, growth and development) but some things exist only because we actively construct them with language, thoughts and beliefs (being ‘feminine’ or ‘masculine’, wearing dresses or trousers, playing with dolls or cars).

Currently, the debates around gender have become toxic and an unsafe space to discuss the difference between what is ‘real’ and what is our social constructs. It is too polarised for any of us to make progress or to safely support children or adults.

However, moving away from pure social constructionism and moving towards critical realism in this debate would mean that we could safely and ethically agree that some things are ‘real’ and some things are constructed by humans.

This is vital, in my opinion. Especially as there are examples of issues that require us to remember that biological sex is not a social construct:

Those are just a small selection of examples of what would be considered to be outside of human perception in critical realism. Whilst gender identity exists as a social construct, biological sex remains an immutable reality that has no care for our human perception of it.

It is unlikely that anyone truly believes that biological sex is a social construct. Whilst this is certainly argued by some, there are contradictions in their ideologies that mean they must believe biological sex to be real and immutable.

If we truly believed that biological sex was a social construct, we would not attempt to block biological hormones or change biological sex characteristics or stop a biological sexual maturation process – because none of it would require physical, medical intervention. It would simply require us to reframe it in language and ideology.

As an example of what I mean, marriage is a social construct. For many years, the marriage of same sex couples was constructed as illegal, immoral and sickening. However, as a society, we reframed the issue and we constructed same sex marriage to be equal, loving, healthy and legal. We did not have to alter anything biological or scientific to achieve this change, because it was only a social construct. Therefore, simply changing the way we talk and think about it, changed it in reality too.

However, the same cannot be said for biological sex. We can change the way we think and talk about it, but we cannot change biological sex. This is the limits of human control. We cannot mute the reality of a biological system that has been at work longer than humans have existed. We can of course socially construct gender identities and what they mean to us all and how we talk about them. But this cannot be at the cost of understanding our biological differences.

Critical realism therefore presents the opportunity for us to remain clear about biological sex whilst also being able to discuss gender identity as a construct that humans are developing in the present generations.

One does not cancel out the other, since they are both performing different roles in society and in human life. Rather than removing sex from legislation, forms, research and government statistics – the best approach would be to encourage the use of both sex and gender identity. This way, we can usefully explore whether particular illnesses, oppressions, experiences and events are correlated better with sex or gender identity, for example.

If we conflate the two, we lose valuable human data and development. If we disregard one and keep the other, the same will happen. For example, if we conflate the two and see a large national rise in women committing suicide, how do we know whether that rise in suicide is from biological women or trans women? What if the suicide rate is much higher in trans women and we miss that vital data because we have conflated sex with gender?

So back to that all important exchange that influenced my thinking to reject pure relativism and to embrace critical realism.

I realised that pure relativism and social constructionism was leading us all down a path in which anything can mean anything depending on who is perceiving it and talking about it.

I might say the child is traumatised from being raped but the pro-paedophile group may reframe that as my perception and that the child was only traumatised because society frames sex with children as bad.

I might say that slavery was and is an abhorrent act against humans, but someone else could construct it as important for economic growth and capitalism.

I might say that mental health is a result of trauma, abuse, distress and oppression but someone else might construct mental health as a mental illness inside the brain which requires medication or even sedation.

Social constructionism and pure relativism therefore leads us down a dangerous road for human progress and development. Anything can be anything and every social construction is as equal as the next.

These realisations meant that I changed the way I thought about the world, philosophy and science. I feel more comfortable with critical realism (although it is not perfect) because it accepts that some concepts are socially constructed and have a place in the world – but some things exist no matter what we think of them or how we construct them – and they also have a place in the world.