You are here: Home / Policy guidance / How will transgender eligibility rules based on testosterone work in practice? 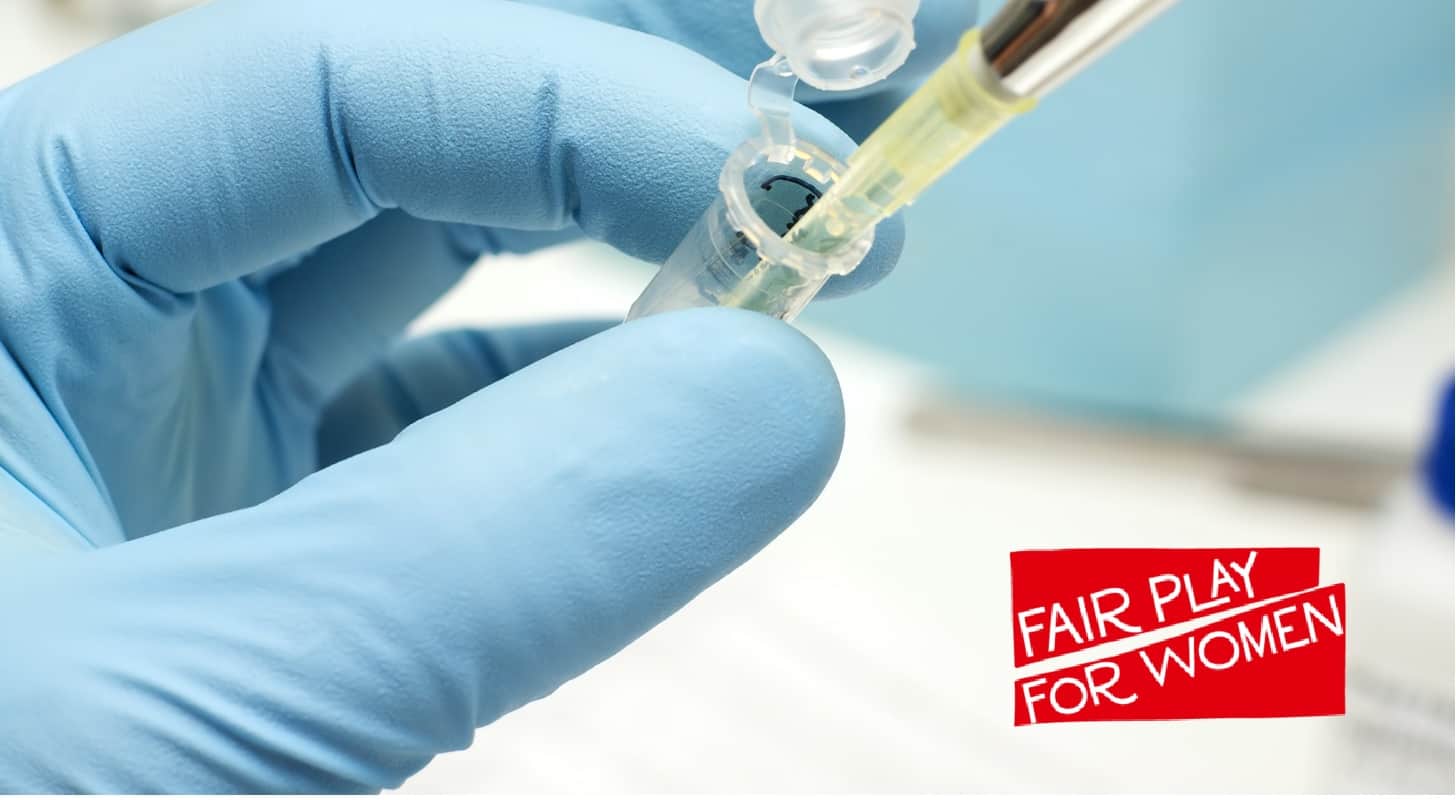 Over the last few years the Equality and Diversity departments of most National Governing Bodies (NGBs) in sport have been busily updating their ‘transgender inclusion’ policies. While we can all agree that sport should be a welcoming space for anyone and everyone, the impact on fairness and safety in female competition has largely been ignored.  Instead it has simply been taken for granted that if a male athlete reduces current testosterone into the ‘female range’ that this is enough to guarantee meaningful competition against women. The truth is we simply don’t know. The necessary robust, reproducible and relevant studies have not yet been done. In fact, since we know that many of the advantages gained during male puberty are irreversible the idea that parity can be attained between males and females by simply lowering testosterone prior to competition is fundamentally flawed.

Putting to one side whether or not a policy based on lowering testosterone is scientifically valid or not, has anyone stopped to think if such a policy is even workable? Has the Safeguarding department considered the implications of an inclusion policy devised by the E&D department that could allow young male athletes to wash, undress and sleep with young female athletes? Have the officials responsible for upholding drug testing and compliance considered the impact of a new rule that actually allows the drug-induced modulation of natural testosterone?

Doping is a big problem in sport.

World Anti-Doping Agency (WADA) oversees testing of several hundred thousand athletic blood and urine samples annually, of which 1–2% test positive. Biological testing, however, likely fails to detect many cutting-edge doping techniques, and in a recent study guaranteeing anonymity to elite athletes about half admitted to using banned substances in the previous year. This quite clearly shows that most doping still goes undetected. Compliance is notoriously difficult to monitor and confirm. With big prizes, glory and funding at stake, every rule in sport will be pushed to the limit. If it’s possible to game the system it undoubtedly will be. Robust rules have to be devised with this reality in mind.

Transgender eligibility for female competition no longer requires genital surgery. Unlike in the past this means that trans athletes can retain their testes and the capacity to produce large quantities of testosterone. Eligibility rules now require testosterone production to be suppressed by drugs but with male genitals intact the only way to ensure circulating testosterone is maintained below the allowed 10nmol/L limit in blood will be to perform regular and frequent blood tests. This type of testing is expensive and time consuming and will only be feasible for a handful of top level elite athletes. The vast majority of athletes competing outside of major games simply won’t be tested. Realistically, Masters level and age-category international competition and county level domestic competition will remain largely untested and will have to rely on the standard random doping tests to detect non-compliance.

Although trans eligibility policies are already in place, most International Federations and UK National Governing Bodies have not yet addressed how compliance will be effectively monitored. For example, the UK’s national governing body for Athletics (UK Athletics) requires little more than a doctor’s note and annual verification. 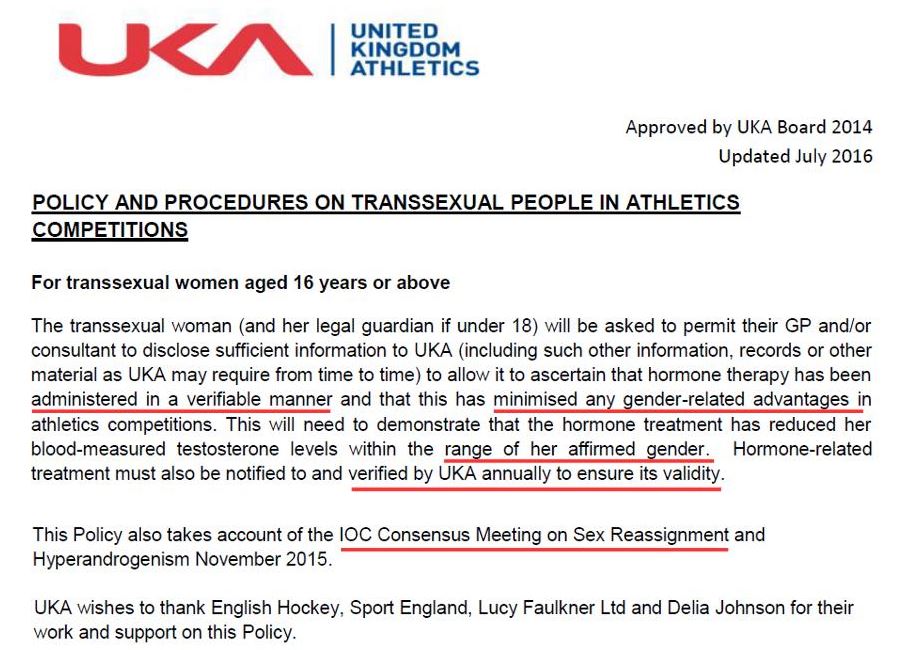 Many transwomen do not achieve ‘female’ levels of testosterone.

The goal of a medical gender transition is to promote the development of secondary sex characteristics of the opposite sex. For male-born transgender people the female sex hormone estrogen is the standard treatment and stimulates breast growth and fat distribution profiles normally seen in women. High estrogen also has the indirect effect of suppressing testosterone production but two recent studies have revealed this varies a lot between individuals and in many cases testosterone remains high. In one study only 25% of medically transitioned transwomen achieved testosterone levels in the ‘female range’.

Steroid misuse, including testosterone, is a well-known doping technique. Unlike the high doses given to East German athletes back in the 1970-80s, these days micro-dosing techniques are employed making it difficult to detect. Detecting testosterone misuse is made extraordinarily difficult because it has to be done on a background of naturally occurring testosterone. The standard urine test measures the ratio of testosterone and one of its precursors (epitestosterone). Anything above a 4:1 ratio flags up a problem suggesting that extra T has been administered rather than it all being made naturally by the body.

A male athlete on T suppressing drugs required to keep their natural T artificially low will be able to easily replicate this ‘microdosing’ technique without triggering the alarm in the standard doping tests. Modulating the dose of T suppressing drugs to allow short sharp bursts of natural testosterone from the testes will not raise the T:E ratio because the testes will make both T and E.

Many drugs used to suppress testosterone are actually banned in competitive sport.

In the US a drug called Spironolactone is routinely prescribed along with Estrogen to reduce beard growth. It is thought to work by interfering with testosterone pathways in the body but has little effect on circulating testosterone levels.

However, Spironolactone’s primary medical use is as a diuretic and by increasing urine volume it can be used as a masking agent to hide other drug use. For this reason its use is banned by the World Anti-Doping Association (WADA). However, a transgender athlete will be granted a TUE (Therapeutic Use Exemption) and allowed to use Spironolactone. 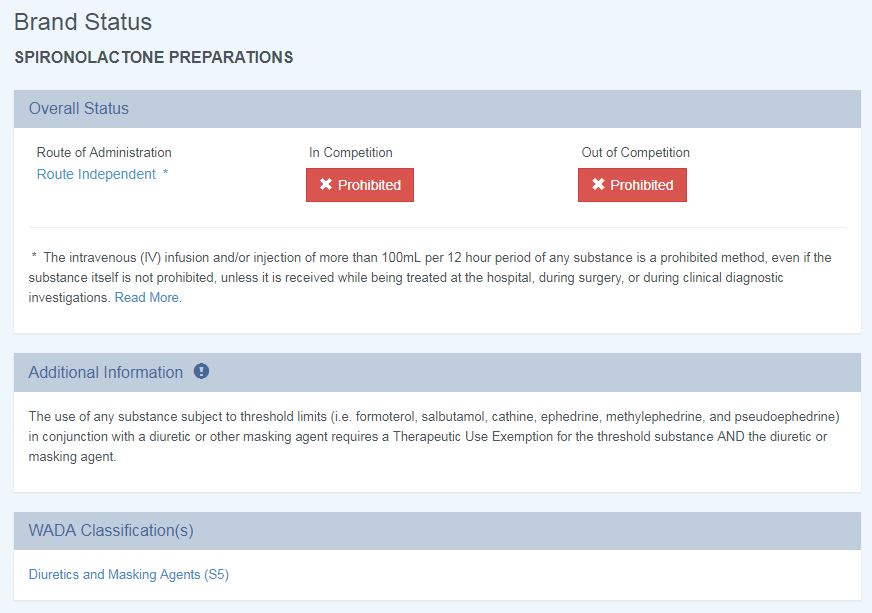 Another way to reduce testosterone production in adult males is to take GnRH analogues. These drugs are licensed for use in advanced stage prostate cancer. They are also known as puberty blockers and used to delay early-onset puberty in children. More recently they have been used to delay puberty in children with gender dysphoria. These drugs can also be used as part of the medical transition for adult males alongside estrogen therapy to further reduce testosterone production by the testes.

The reason GnRH analogues are only banned in male athletes is because these drugs will have no significant impact on testosterone levels in the female body. This is because female gonads (ovaries) primarily produce the sex hormone estrogen which gives no performance advantage in sport.

However, this rule takes no account of the effect of the drug in transgender athletes. Despite having male gonads, WADA advice says that transgender athletes who are eligible to participate as females in their sport do not require a TUE for GnRH analogues. 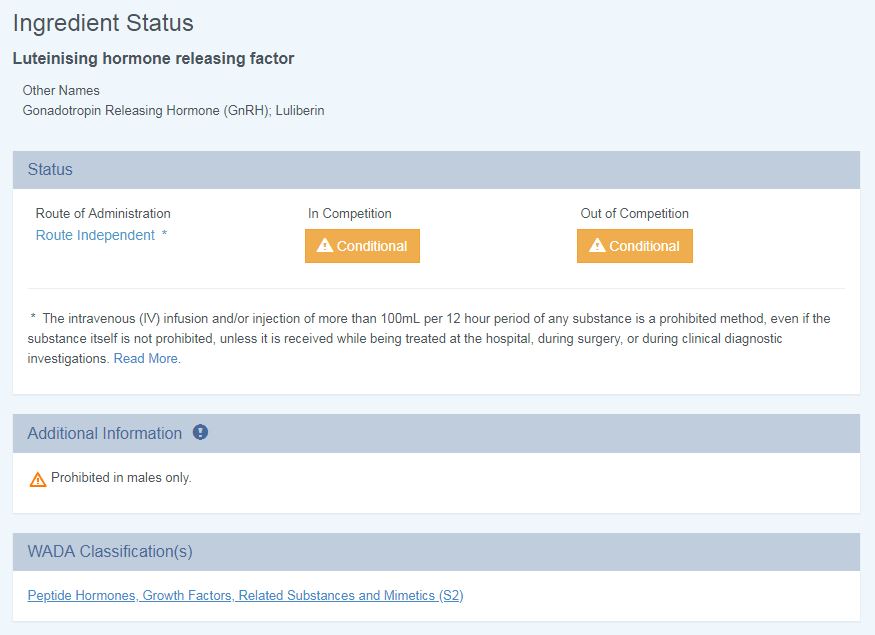 If at any point during her athletic career a woman was found to have male levels of testosterone in her blood she would be banned. Historic samples can be tested at any time, and quite rightly, she can be stripped of any medals or records she had achieved since the date of that doping violation. This is because the advantage gained by the use of performance enhancing drugs like testosterone lasts well beyond the time of their use.

However, this rule does not apply in the same way to everyone competing in female sport.  Take for example Tiffany Abreu, a male-born transgender volleyball player in the Brazilian women’s team. Prior to identifying as a woman Tiffany played in the men’s professional leagues in Europe. At this point in her athletic career, prior to medical transition, she will have undoubtedly had testosterone in the male range and at a level that would have seen any other female volleyball player banned.

There are many examples of transgender athletes transferring to female competition after having previously competed as men. Laurel Hubbard used to compete in men’s weight-lifting competitions. Hannah Mouncey played in the men’s national handball team for Australia in 2013, reaching the Olympic qualifiers as part of the men’s team in 2016. Hannah still plays Handball at world championship level, but now in the women’s national team after identifying as a woman in May 2016. 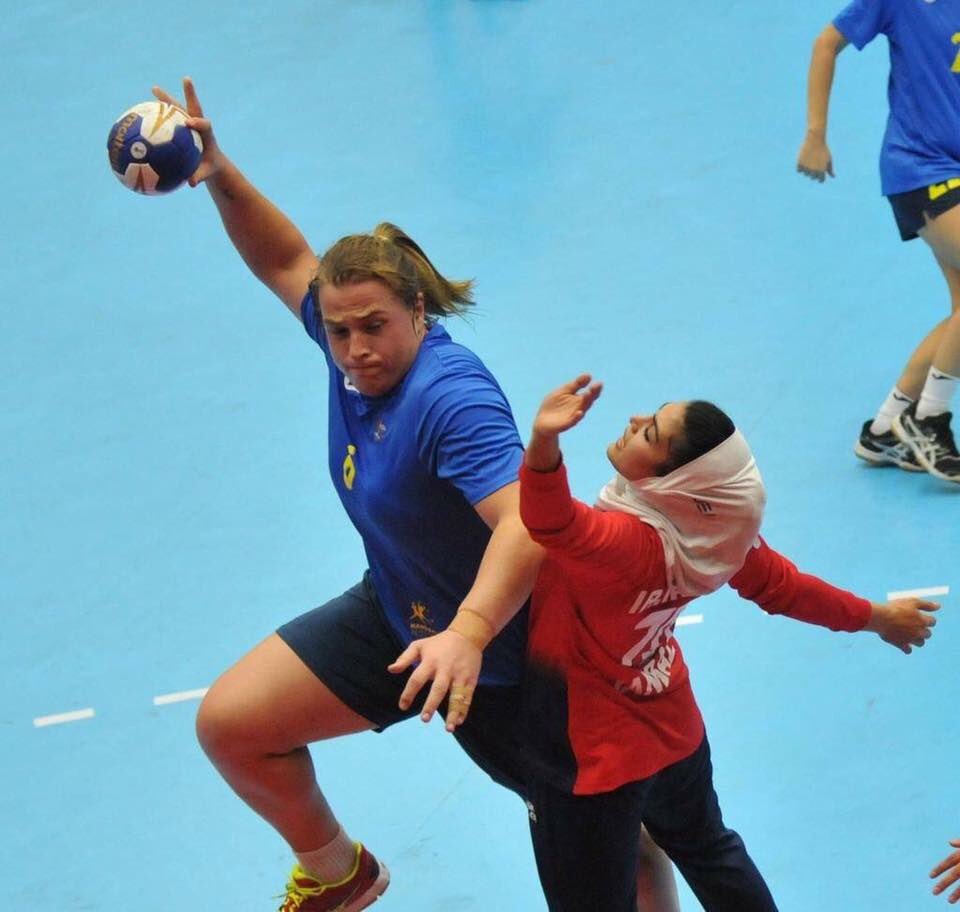 Categorisation is a well-established principle in sport to enable meaningful competition for all. Without it most people would be excluded from the chance to win. Without sex categories in sport it’s a simple fact that women would never win any sports based on strength, size and speed.

For this categorisation to work fairly there must be clear and workable eligibility rules. This means extreme care must be taken when devising new rules that allow male-bodied people to compete in female competition.

To uphold the integrity of female sport there needs to be clear and unequivocal evidence that all male performance advantage has been eliminated before male-born athletes are eligible to compete against female-born athletes. This is currently lacking.

Just as importantly, for rules to mean anything in sport there must be robust and reliable ways to monitor compliance. This is also currently lacking.

It is a sad but incontrovertible truth that all rules in sport will be bent, stretched or simply broken if they can be.

If society cares about the future of female sport we owe it to women to get this right.