You are here: Home / Guest posts / The impact of the Council of Europe upon trans inclusion: Judgements and Contradictions 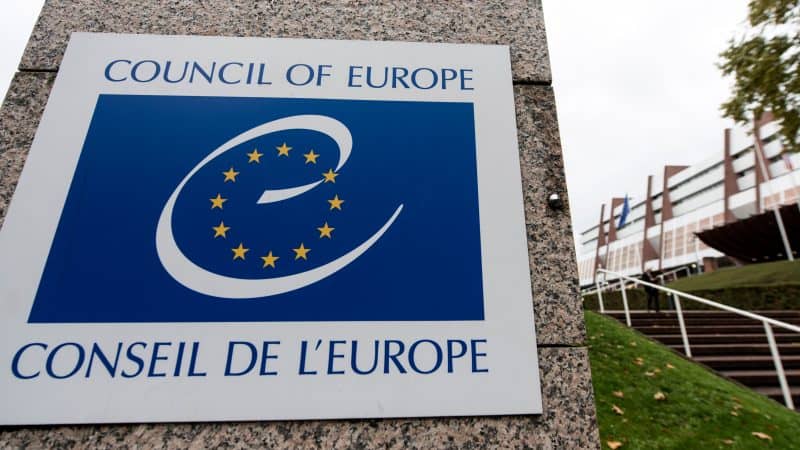 Indeed the Council of Europe (CoE) and its Court and Convention on Human Rights have been highly influential upon the drafting of new statute in the individual member states.

The perspective of the CoE on gender identity has been in flux over the last 30 years. In two European Court of Human Rights cases, (Rees vs the UK Govt, 1986; Cossey vs the UK Govt, 1990) it was clear that the Court and thus the CoE determined gender very much in terms of its biological anchor.

A watershed moment came, however, in 2002 with the cases of Goodwin vs the UK Govt, & I vs the UK Govt. In rulings that were somewhat of a U-turn they noted that the Court was:

“a test of congruent biological factors could no longer be decisive in denying legal recognition to the change of gender of a post-operative transsexual.”

They observed that this was:

“the acceptance of the condition of gender identity disorder by the medical professions and health authorities within Contracting States.”

This non-biological determinism of gender then becomes fully enshrined in the ideology of the CoE as evidenced by a definition contained in the 2011 Istanbul ‘Convention on preventing and combating violence against women and domestic violence.’ It states that:

“gender shall mean the socially constructed roles, behaviours, activities and attributes that a given society considers appropriate for women and men.”

It was the landmark decisions in 2002 which, in effect, forced individual CoE nations to bring their own domestic legislation in line with those rulings. In the United Kingdom this resulted in the Gender Recognition Act (GRA) 2004, which would later interact with the Equalities Act 2010. The CoE has thus played a pivotal role in this issue in European nations.

The rulings of its Court directly removed the biological anchor from the determination of gender and resulted in those with gender dysphoria being able to change their legal gender status.

The CoE and trans inclusion in female sport.

The CoE has produced a number of documents which have direct relevance to the issue of trans inclusion in sport. The first of these is the The Council of Europe’s Handbook on ‘Gender Equality in Sports – Access for Girls and Women to Sport Practices’ by Clotilde Talleu. Talleu is a Senior Project Manager at the CoE and has a PhD in Social Sciences from Strasbourg University. This handbook makes a number of perfectly sensible observations. In ‘The Main Obstacles to Participating in Sport’ Dr Talleau writes:

“A lack of gender-segregated time slots for girls and women. It is particularly difficult for Muslim women to reconcile the rules, values and practices of their religion and culture with the lifestyle of western countries, particularly the way in which they organise physical activities and sport. The lack of gender-segregated time slots can be a major drawback for many girls and women from ethnic minorities. If sessions are mixed, they may choose to stay out of sports of their own accord or be prohibited from participating by their parents (Walseth & al., 2004). Participation in mixed sports may violate their own integrity and that of their families.”

“Problems of adolescence and the issue of mixed sport. During adolescence, puberty, physical changes and the search for sexual identity are generally obstacles to girls’ involvement sport and, more specifically, the learning of physical education at school. Girls can experience embarrassment, shyness or even shame when they are asked to perform in front of other pupils, particularly boys (Biddle & al., 2005). The display of gendered bodies during adolescence may be disturbing for girls and deter them from getting involved to the degree that the teachers wish. The issue of whether physical education classes should be mixed or separate is regularly discussed by national education institutions.”

These very sensible observations are however undermined and contradicted by another document, the ‘LGBT inclusion in Sport’ good practice guide by Louise Englefield. Englefield is the Director of UK LGBTIQ+ sports organisation Pride Sports UK; the suitability of someone holding such a strong ideological bias to write such a guide is open to question.

At one point in the guide Englefield makes the following wholly unsubstantiated assertion:

“As Cavanagh and Sykes (2006) explain, debates about the participation of trans athletes have been very much limited to paranoid debates about “genetic men infiltrating women’s competition”, and yet it is ridiculous to assume that there are men in the world who are so desperate to win a medal in their sport that they would try to disguise themselves as women to achieve their goal. In fact, transitioning from male to female does not necessarily incur an unfair physiological advantage. As Michelle Dumaresq, the Canadian professional downhill mountain bike racer explains:

‘It actually made things harder because after the hormone treatment and operation I no longer had the muscle mass to support my bones. This so-called advantage I’m supposed to have doesn’t exist.’ “

She goes on to state that:

“While sport maintains its focus on binary gender division, it is at risk of being unresponsive to, as Mianne Bagger, Danish Professional Golfer, put it in in 2009, ‘the realities of human diversity and the huge “grey” area that exists between the … definition of male and female.’ “

“Of course, within elite sport slight biological differences can have a significant impact on competition, but at a community sports level, there is such a diversity of participation levels and levels of participants, that the issue of biology should be a very minor factor when considering the delivery of open and accessible sport.”

If one’s goal is to encourage participation of women in sport, especially those marginalised sub groups outlined in Talleau’s handbook, then this can only be undermined by the inclusion of, biologically male, transwomen as advocated by Louise Englefield.

This guest article was written by Phil Nourse B.Sc (Hons) – Phil holds a 1st class honours degree in Sport & Exercise Science from Loughborough University. He has worked in strength and conditioning across a variety of sports and has coached competitive Olympic style weightlifters and powerlifters to National and International honours. Phil has written for many publications and co-wrote ‘Strength Training: The Complete Step by Step Guide’ on behalf of British Weight Lifting for Dorling Kindersley.