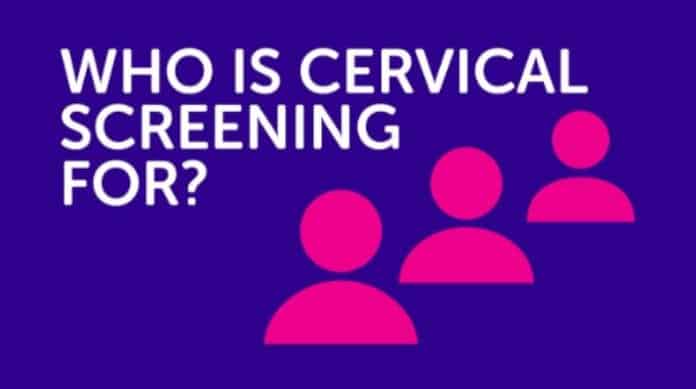 Cervical screening rates have fallen to a 20-year low in England. Five million women are invited to screening each year in the UK yet one in four does not attend. Every year more than 3,200 women are diagnosed with cervical cancer and 890 die.

However, Cancer Research UK has dropped the word “woman” from its latest public health campaign against cervical cancer in an effort to be more inclusive of transgender people.

The charity’s latest message for cervical screening awareness week encourages “everyone aged 25-64 with a cervix” to go for their smear test, with no mention of women at all.

The charity confirmed that the words had been chosen deliberately so as not to exclude those who are biologically female but identify as men. 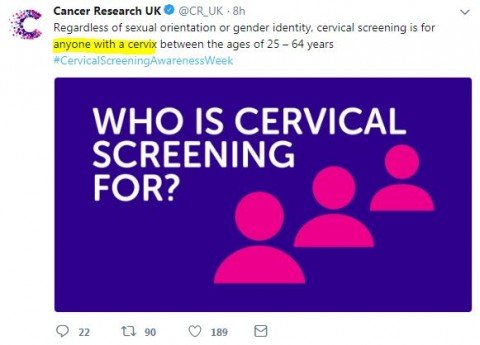 What about the risk of alienating women who may already be reluctant to have the potentially life-saving test?

What about the women who won’t necessarily know that they are ‘people with a cervix’ and so might not come forward?

Cancer Research has accepted losing responses from women, that will impact lives and health, as collateral damage for protecting the feelings of the transgender community.
Yesterday Paula, a mother of two young children, saw the Cancer Research campaign. This morning she wrote this:

This afternoon, an American ‘non binary’ Twitter user tweeted Cancer Research UK to declare that they would rather ‘die of cancer than be misgendered’

Shortly after reading that tweet this letter dropped onto Paula’s doormat. 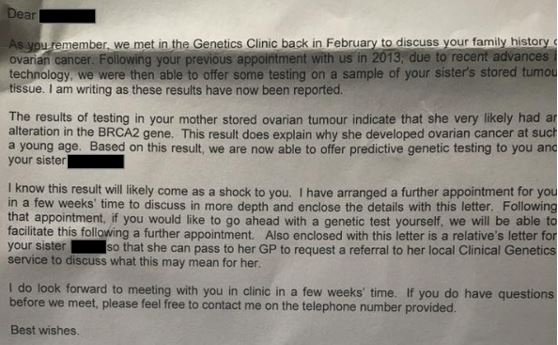 Paula wrote down her thoughts once more.

Paula has kindly agreed for us to share this personal story, when asked she said to us

This is the reality. Cancer Research UK have done women a huge disservice and we need to let them know. 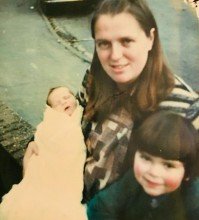 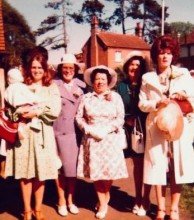