You are here: Home / GRA consultation / #HandsOffMyRights: The campaign to stop sex self-ID 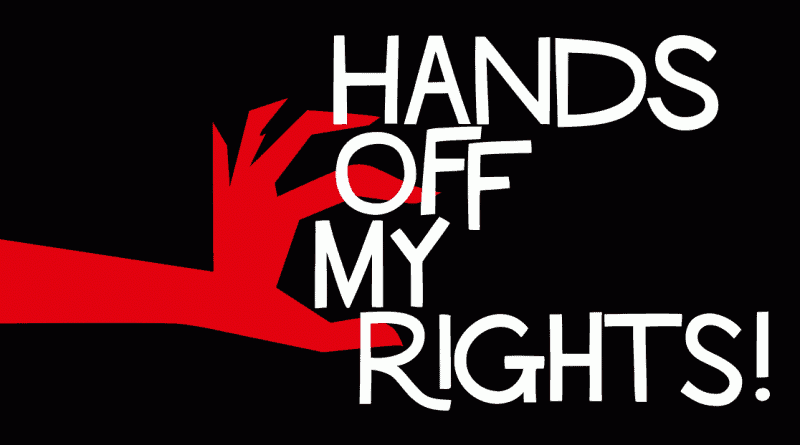 FEMALE RIGHTS ARE UNDER ATTACK

We urgently need to rally mainstream public opposition to these disastrous proposed legal changes. Even though women and girls stand to lose all our same-sex rights and protections, female voices have been excluded from the debate. The media has so far failed to challenge the self-ID narrative, while universities and political parties have silenced, attacked or suspended those who dissent.

This means that although most people, when polled, are AGAINST sex self-ID, very few people know about it or even that a consultation is taking place.

Fair Play For Women is determined to reverse this

Unlike powerful transgender lobby groups such as Stonewall, we don’t have paid staff or millions to spend. But we have created something incredible with a team of dedicated volunteers and the support of hundreds of ordinary women concerned with the changes they see coming. We are determined to bring this issue to public attention before it’s too late.

With less than one month to go until the deadline for responses to the consultation on changing the Gender Recognition Act, our tireless army of volunteers has been hitting the streets up and down the country to spread the word about how the proposed changes threaten female rights.

Dressed in their fabulous new HANDS OFF MY RIGHTS t-shirts, our supporters are handing out leaflets and talking to the public in order to mobilise as many people as possible to fill in the consultation and tell the Government what they think. 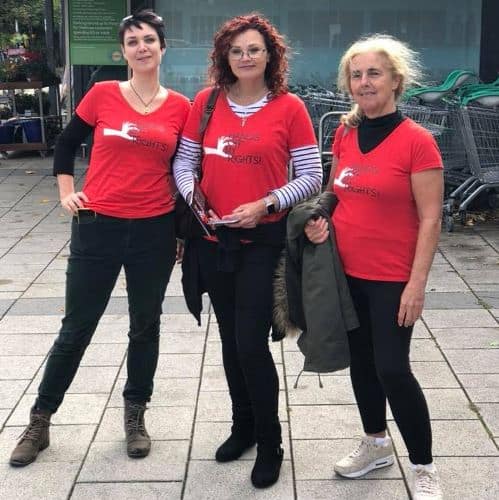 We have over one hundred volunteers, all plucking up the courage to go and talk to the public on the streets of Bristol, Birmingham, Nottingham, London, Cambridge, Bradford, Surrey, Brighton, Cornwall, Plymouth, Manchester, Oxford, Bournemouth, Luton, Cardiff, Leeds, Hull, Bolton, Northampton, Sheffield, Newcastle and Liverpool. Numbers and locations are growing every week.

We will also be attending all the main party conferences.

Here are some quotes from our supporters:

“This first weekend has been incredible. People have been so ready to listen. It’s given us a great boost – especially because our debates have been threatened or closed down for so long. The public respects this discussion; they’ve had dozens of questions for us!”

“I felt really heartened when one older women put her hand on my arm and said with utter sincerity ‘thank you so much for doing this and raising awareness’ she said she would absolutely complete the consultation.”

“Our message was overwhelmingly well received and we got unsolicited messages of support – ‘Thank you for doing this’, ‘It’s been lovely to talk to you’, and ‘Good luck with the campaign’ being the most frequent. People were keen to know what to do next.”

“I feel so much better after it. You don’t really get a representative view of the public’s opinions on-line. But most people just didn’t know about it and when they were informed they thought the whole concept was simply bizarre!”

“Talking to the first couple of people was really nerve racking. It was clear though that nobody knew about the proposals, not a single person I spoke to even knew that males had entered female prisons, let alone rapist males! People were shocked and horrified.”

“It struck me how unfair it is that the government would implement a law that took the safety, privacy and dignity away from women without their knowledge. I feel a duty now to let as many people know about the consultation as possible, people are not apathetic or in agreement to the changes, they literally just don’t know about them!”

Alternatively, you can order a campaign starter pack from us and start spreading the word amongst friends, family and work colleagues. Or start up a local group with your friends.

Tell your friends, your family, your mum, aunties, sisters, and nieces. Tell your yoga group, your sports team, your work colleagues, people at the school gates.

Or host a Let Us Eat Cake coffee morning with friends and colleagues.

Get busy on social media.

Most of all, be brave, you are not alone; there are thousands upon thousands of women out there who know that Sex-self ID is a bad deal for women and girls. This is our chance to all stand up together and say it in one loud and clear voice.