You are here: Home / Sport / Open letter to the International Olympic Committee by Ana Paula Henkel 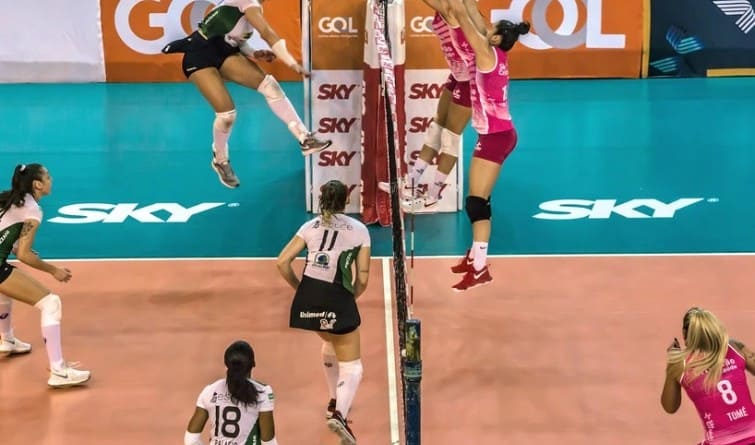 The inclusion of male-born trans people into female sporting competition is just one area where women are undoubtedly losing out. Bringing male-competitive advantage into the female game threatens the future of women’s sports.

Thirty-three-year-old, 6′ 3″ tall Brazilian volleyball player Tifanny Abreu is expected to be one of the first male-born transgender athletes competing in the Olympics at Tokyo 2020. 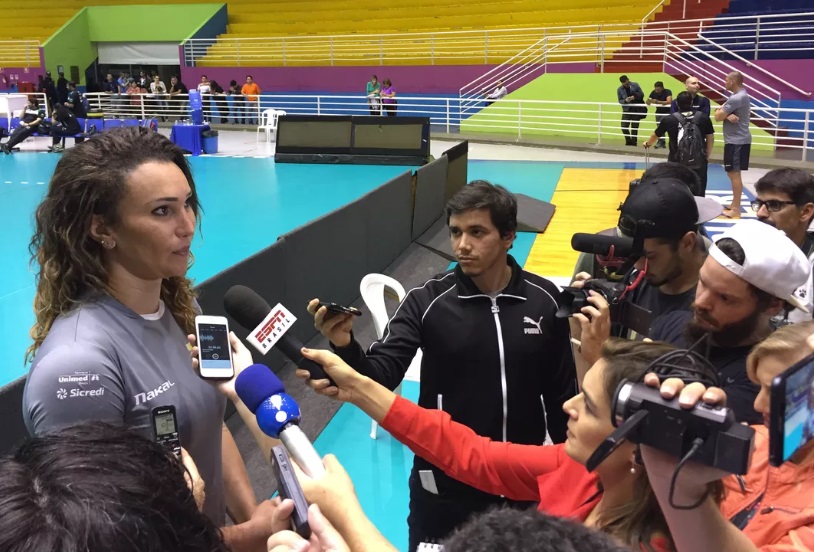 New rules set by the IOC (International Olympic Committee) in 2016 now allow transgender athletes to compete in women’s sport if they can show their Testosterone levels are below the arbitrary level of 10nM for 12 months. Surgery is not required. 10nM is below the average male Testosterone range (average 23nM) but above the female average of 2.6nM.

There is currently no robust scientific evidence to show that lowering Testosterone is sufficient to fully eliminate the male competitive advantage brought to female sport by male-born transgender athletes.”

Abreu started playing men’s volleyball at age 17 as Rodrigo Abreu, competing at men’s professional league level. After starting to identify as a women in 2012 and changing names to Tifanny, Abreu started playing in the women’s professional league in 2017. In less that a month, Abreu was scoring the highest number of points a game on average and then beat the record set by one of Brazil’s Olympic stars, Tandara Caixeta, for total points scored in a single game: 39. 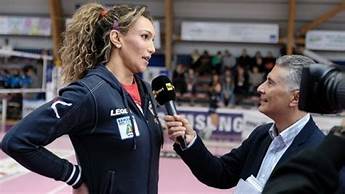 Few elite athletes speak up about the obvious unfairness and adverse impact on female sportswomen. However, 4 times Olympian for Brazilian Volleyball and bronze medal winner Ana Paula Henkel (now Connelly) has bravely spoken up and written a powerful open letter to the IOC.

This is the English version of an open letter to the leadership of the International Olympic Committee (IOC), extended to the leaderships of the Brazilian Olympic Committee (BOC), the International Federation of Volleyball (IFV) and the Brazilian Confederation of Volleyball (BCV) in defense of professional women’s sports by Ann Paula Henkel (Connelly) 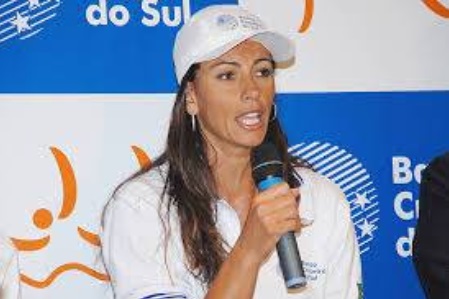 written by Ana Paula Henkel, Brazil
Translation arranged and originally published by Martin Dufresne
Translated from Portuguese by Cátia Freitas
Dear Sirs,
First of all I’d like to thank the BOC and the BCV for the opportunities bestowed upon me to represent my country in four Olympiads and numerous volleyball world championships. Those were years of enormous sacrifice and pleasure providing daily witness of the valorous ideals of the Baron of Coubertin, ideals that will always reside in my soul.
To be able to represent my country among the best of the world is the greatest honour an athlete can dream of in their career. Among the titles reached, certainly, the confidence, given to me, that I’d present the image of Brazilian sport, with respect and dignity, for 24 years of my life, is in my career, one of my most cherished achievements.

It is with respect but much concern that I write, to all entities responsible for sport, about the threat to the virtue of women’s competitions that now occurs with the acceptance of athletes that were born men, developed muscle mass, bone mass, lung and air capacity as men, in forms of sport created and formatted specifically for women. If someone has to go public and pay a price in the name of truth, common sense and fact, I’m willing to bear the consequences. The space, won with integrity by women in sport is at play.

I’m proud of having inherited the values that built the western civilisation, the most liberal, tolerant and diverse of human history. This unique social and cultural legacy has allowed us, women, to gain our space in society, in the market and sport. It’s in the celebration of our differences that we become more united, men and women, inside and outside the field and it is through that legacy that we can look upon each and every individual as a unique and special being.
At a time when political militancy condenses and reduces thinking to ideological soundbites that deny reality, it’s not difficult to identify the trap where sports entities have fallen and which can take away all women’s sport. We know of sports strength to elevate the human spirit above conflict and war, especially every four years, when, during three magical weeks, we witness that which is best and most noble in all of us. We need to defend that legacy.

The truth most obvious and most respected by all who are involved in sport is the biological difference between men and women. If this weren’t the case why the need to to establish categories separated by sex? Why is the men’s volley net set at 2.43m height and the women’s at 2.24m? A good sense superficial analysis of men and women’s physical traits in basketball is, enough to understand these categories are not interchangeable.

Swimmer Allison Schmitt set the 200m world record at 1:53.61, an admirable feat, but when compared to Michael Phelps’ 1:42-96 in the same modality, it only evidences the physical differences between men and women. Women’s under 17 football teams are used to training and losing against men’s teams. There is an infinity of examples about how it doesn’t make sense to mix men and women in sports where physical strength makes a difference to the end result.

Is it fair, to simply pretend away these undeniable biological differences in the name of a political ideology which will serve to restrict a space so hard won by women who struggled for it for so many centuries? How to accept “biological” men in fighting competitions, pitilessly hitting women, and then gaining acclaim, medals and money for it? Have we all gone so crazy as to permit such degradation? “It’s a great difference and we feel impotent”

Doctors are starting to pronounce themselves about the evident advantages of transexual athletes in female sports and contest the recommendation made by the IOC of allowing trans athletes in women’s competitions with only a year of low level testosterone. Several physiologists have already attested that this IOC parameter does not revert the effects of the male hormone in the, decades long, already finalised development of bone, tissue, organs and muscle. Volleyball coaches in Brazil and Italy are already relating how sporting agents are offering places in women’s volley teams to trans athletes, biological men who will occupy women’s places in their teams. How long are we going to keep quiet while we witness this? I refuse to.

The voices of sports people, in general, and women volleyball players, in particular, are being stifled. Many don’t express their indignation for the total lack of protection by sports entities aiding and abetting this nonsense. “It’s a great difference and we feel impotent”, said Juliana Fillipeli, player for Pinheiros volley team, as she saw Tifanny Abreu, ex-Rodrigo, win against her team and, once again, beat the points record in that final. Tifanny, who played in Brazil’s men’s Super League as Rodrigo, is, in a very few games, now the highest scoring player in the women’s Super League, leaving an Olympic champion and one of the best players in Brazil and the world, Tandara, behind.

During 24 years, dedicated to volleyball, I was submitted to the most rigorous anti-doping control by all sporting entities, including the World Anti-Doping Agency (WADA). I was tested while I competed and outside of competitions to prove my body was not built on testosterone at any moment in my life. For women, of all the tests, the most important is the one which accurately measures the levels of the male hormone, which is strictly prohibited from use or its body production induced at every stage of a women’s sporting life.
To summarise, ever since my adolescence, I needed to prove, scientifically, that I am a woman to compete and, later, to maintain my achievements, titles and medals. How many women did not lose titles or were banned from sport specifically on account of this hormone which is offal in a normal male body? There used to be a mutual trust between athletes, entities and federations to keep sport clean, fair and honest, with no shortcuts nor trickery. This is now a relationship one step from being broken.
The sample material taken years ago for anti-doping tests of all athletes, is still kept today and can be, at any moment, accessed and tested again. A new measurement that proves testosterone levels incompatible with a female body can take away titles, achievements of years or decades ago, retroactively. This level of rigour has been completely abandoned to accommodate transexuals who, not long ago, were men, some of whom having competed professionally as men. What would a female transexual sample show? This is completely unacceptable.

Transexuals’ inclusion in society needs to be accepted, but this rushed and heedless decision to include biological men, born and built with testosterone, with their height, their strength and aerobic capacity of men, is beyond the sphere of tolerance. It represses, embarrasses, humiliates and excludes women.

We currently look on as sporting entities blind themselves to human biology, in an attempt to hoodwink science in the name of politico-ideological agendas. We currently look on a moral perversion against women and the complicity of sport authorities around the world in a supreme form of misogyny. A declaration of good intentions, on the part of entities responsible for protecting scrupulous and correct sport, is not sufficient to justify such sizeable absurdity.

Sport has always been a great and respected vehicle for women’s gains, a weapon that has always evidenced women’s worth to those who have tried to impose limits on the dreams of all women who have struggled and fought to show our value, talent, capacity to overcome and merit.
On the week that we celebrate Martin Luther King, I leave, to world sports leaderships, one of his celebrated quotes: “Our lives start to end the day we silence ourselves about things which are really important.”

If you are a female sportswoman, elite or not, and you have experience playing in competition against male-born transgender athletes please get in touch. Tell us your stories and help us be the voice of fairness in this debate and to form a network of female athletes who have concerns for the future of female sports.